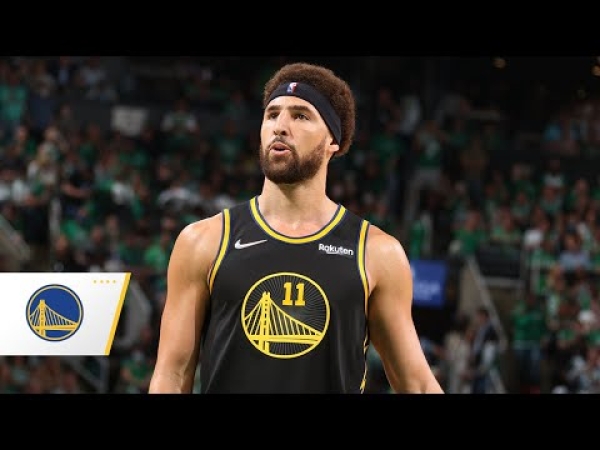 Verizon Game Rewind | Warriors Fall in Game 3 Battle in Boston - June 9, 2022
It was an all-out duel from start to finish as the Celtics held off the Warriors 116-100 in Game 3 of the 2022 NBA Finals. The Warriors were unable to contain the Celtics on Wednesday, with Boston outrebounding (47-31) and outscoring the Dubs in the paint (52-26). And while the Warriors attempted a second half comeback, it was not enough to overcome the Celtics in Game 3 of the best-of-seven series. Though the Dubs trailed by as many as 18 points in the first half, the squad made a swing in third quarter to bring the game within striking distance and even take their first lead of the night (83-82) since the opening possession. However, the Celtics held the Dubs off and took control of the contest in the fourth quarter, allowing the Warriors just 11 points in the final frame. Four Warriors scratched double-figures with Andrew Wiggins producing 18 points and seven rebounds and Jordan Poole adding 10 points to the feat. The Warriors continued their trend of third quarter tirades, using a 12-0 run to crawl their way out of a double digit deficit and battle it out in the third period. The Dubs’ third frame frenzy was defined by a seven-point play led by Stephen Curry. At the 5:06 mark of the quarter, Curry sank a 3-point splash as Celtics’ Al Horford picked up a flagrant 1 foul. The call resulted in a successful four-point play by Curry, and as the Dubs regained possession, Otto Porter Jr. drained another perimeter jumper to bring the game within two points. Along with his four-point play completion, Curry led the Warriors’ scoring effort in Game 3, particularly in the third quarter. The sharpshooter sank back-to-back 3-pointers in a 31-second span in the opening minutes of the the third frame, splashing four of his six 3-pointers in the period. Arguably, Curry’s biggest trey of the night came at the 3:45 mark of the third quarter which handed the Dubs their first lead of the night since the opening possession. Curry produced 15 of his game-high 31 points in the third quarter, shooting 54.5 percent from the field (12-for-22) and from 3-point range (6-for-11). @Verizon || Game Rewind
Read 54 times
More in this category: « Understanding PGA Tour suspending LIV golfers, what could come next | Golf Central | Golf Channel Full interview: Avs goaltender Darcy Kuemper wins the 2022 Stanley Cup »
back to top