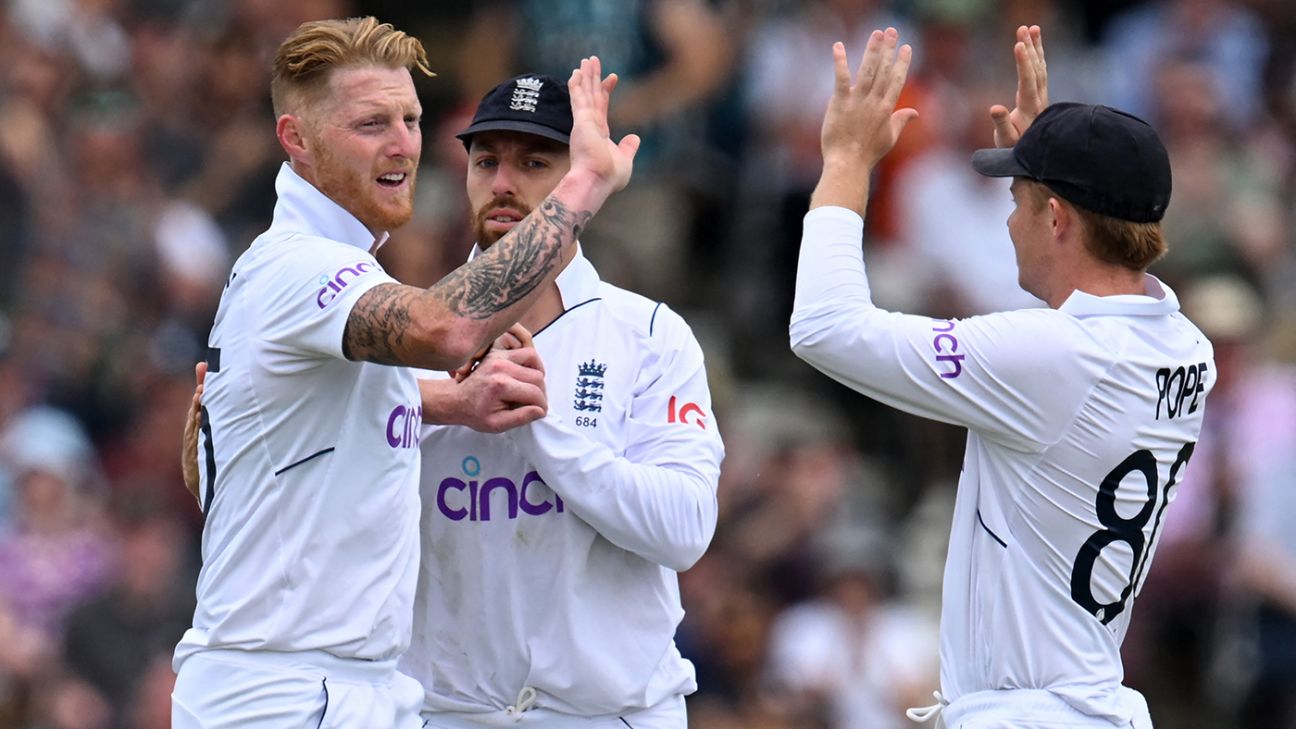 England have won the toss and elected to bowl first as they look to take an unassailable 2-0 lead against New Zealand in their three-Test series at Trent Bridge.

New Zealand had already flagged two enforced changes to their team, with captain Kane Williamson out after testing positive for Covid-19 on the eve of the match and Colin de Grandhomme ruled out of the remainder of the series by a foot injury he picked up mid-over during the first Test. They also opted to leave out left-arm spinner Ajaz Patel who bowled just two - expensive - overs at Lord's.

Henry Nicholls returns from a calf injury and a bout of Covid-19 to bolster the tourists' upper order, while Michael Bracewell, the left-handed batter who also provides an off-spin option, will make his Test debut. Matt Henry also comes into the side, joining a four-pronged seam attack.

Jack Leach has been passed fit for England after suffering concussion in a freak fielding accident on the opening day of the first Test, meaning that the hosts go in with an unchanged side with play set to begin in fine conditions on a green-tinged pitch.

Ben Stokes, the England captain, called for a repeat of his side's positive mindset which was evident in their five-wicket victory inside four days in the first Test at Lord's last week. He also described suggestions he may have to bowl sparingly after appearing to suffer some discomfort in his side during training on Wednesday as "whispers".

"It's good to get them in early, put some pressure on and get Jimmy and Broady going with the new ball again," Stokes said. "Go out and be even more positive and just try and put the pressure on."

Tom Latham, New Zealand's stand-in captain, said he had been planning to bowl first too, had he won the toss.

"There's a little bit of a green tinge but it looks a bit dry as well," he said, adding that Williamson was doing okay albeit disappointed to miss the match.

"He was obviously very gutted to miss this Test but it presents opportunities for other guys," he said. "It's a huge honour to represent the guys and represent the country. We've had some really good results over the past few years and we've got a blueprint that works."