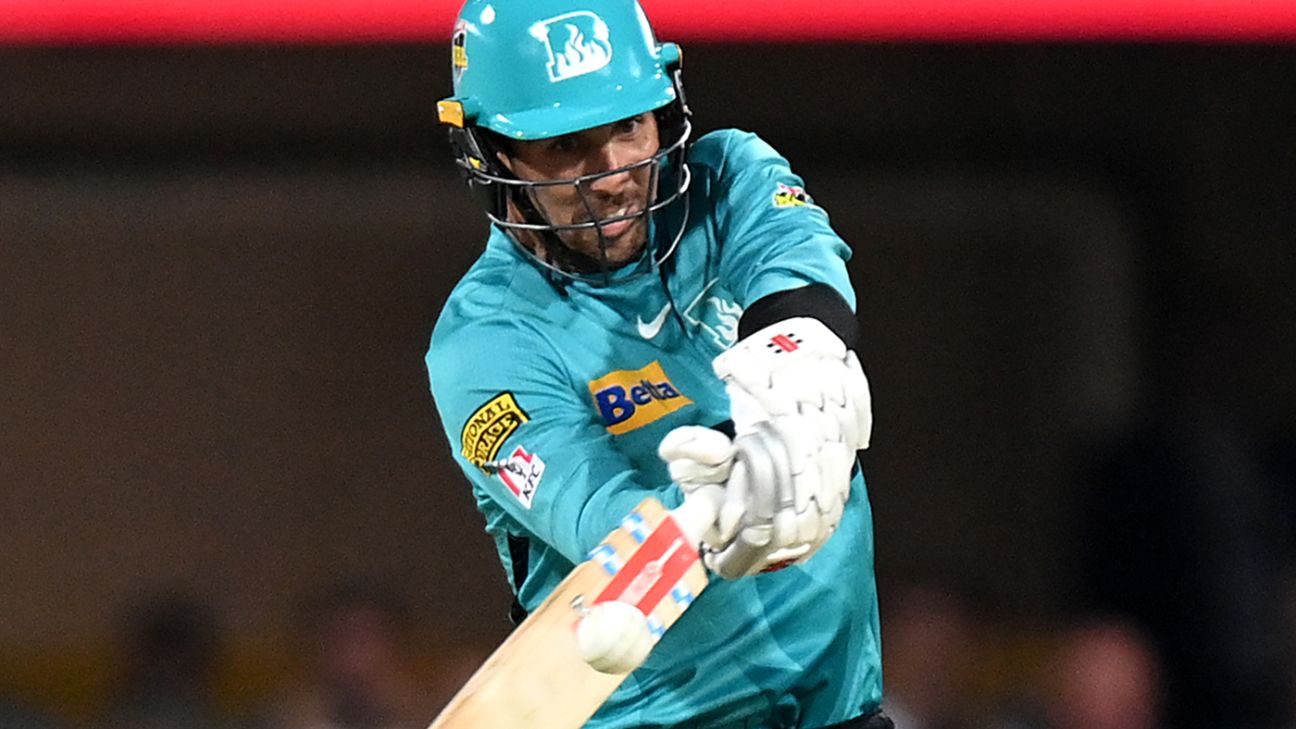 Tom Cooper, the veteran Australian batter, is set to play his first ODI in nine years next week after being included in the Netherlands squad to play England in three World Cup Super League ODIs in Amstelveen.

Cooper, 35, has made 41 appearances for the Netherlands across ODI and T20I cricket and was part of their squads for the 2011 ODI World Cup and the 2014 and 2016 World T20s, but has not been involved in the set-up since the most recent of those tournaments.

He was cut from South Australia's contract list after the 2020-21 season and played seven games for Brisbane Heat with limited success in the 2021-22 Big Bash League, but his return is a boost to a young squad that has seen Ryan ten Doeschate, Stephan Myburgh and Tom's brother Ben retire over the last nine months.
The majority of the Netherlands' county-contracted players are unavailable due to a clash with the T20 Blast. Shane Snater (Essex) and Fred Klaassen (Kent) are the two county-contracted players named in the squad, though may only be available for part of the series.
There is also a call-up for the uncapped Tim Pringle, a 19-year-old left-arm spinner who has played for New Zealand's Under-19s. He is the son of Chris Pringle, the former New Zealand medium-pacer who also played for the Netherlands.

"We are very pleased with the arrival of Tom Cooper, who brings with him a huge amount of experience," Roland Lefebvre, the Netherlands' high-performance manager, said. "In recent years, some important players of the Dutch national team have stopped. The availability of Dutch players employed by English counties is also limited.

"The knowledge and experience, but also the mentoring role that Tom will have within the young Dutch national team, is of great value. Tom is available for the rest of the international fixtures."

Pieter Seelaar, who will captain the side, said: "After a very competitive series against the West Indies, we take on the reigning world champions England, taking a lot of positives from the matches against the West Indies into the upcoming series. In saying that, there are also areas we need to improve in order to be as competitive against England."
Tonny Staal is the only player to drop out of contention from the squad that played against West Indies earlier this month, losing 3-0 despite some competitive performances. The KNCB said that the 18-man squad would be trimmed to 15 at a later date.