Feroze Khushi cracks 67 as Middlesex lose fifth in a row 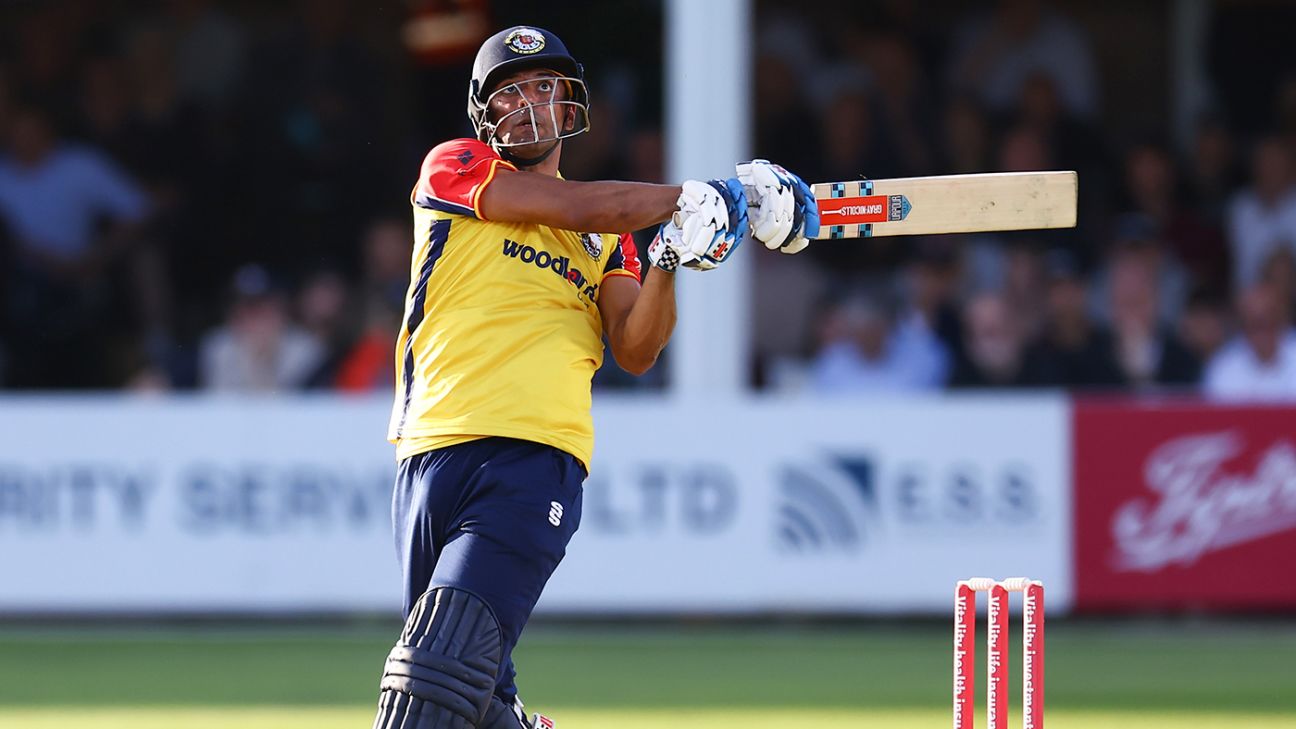 Feroze Khushi brought his Second XI form to the Essex first team as he blazed a first Vitality Blast half-century to help his side to a 61-run victory over Middlesex.

Batter Khushi averaged 91 in the Second XI T20 competition with three scores over 70 and continued that run with a stylish 67 at the Cloud County Ground, Chelmsford.

Paul Walter also clocked up 58 not out as the Eagles set 187, before Matt Critchley took his Blast tally to 12 scalps with 3 for 22 and Sam Cook returned a magnificent 3 for 18. Middlesex were bowled out for 125 to extend their losing run to five defeats.

Khushi was exceptional in his ball-striking but he was given three helping hands. John Simpson shelled a simple catch before he had got off the mark before he was also dropped on 36 and 40. In fact, Middlesex's general fielding display will have disappointed head coach Richard Johnson, with Michael Pepper also surviving.

Khushi eased into his work, with Adam Rossington, Pepper and Matt Critchley all departing in the powerplay having been put in, but found boundaries thanks to his strong wrist work. Having reached a 33-ball fifty, he unleashed a pair of sixes into the Hayes Close End - one of which landed on the roof of one of the houses.

Two balls later though he holed out to the deep midwicket boundary, to end a 69-run stand with Walter. That came in a three-over spell which saw Essex score 45 runs, a key to their large total. Walter kept things moving, bringing up his second T20 half-century in 31 balls, with partnerships of 38 and 27 with Tom Westley and Simon Harmer.

Martin Andersson picked up 3 for 42, including a wicked yorker to bowl Westley, as Essex piled up 186 for 6.

Cook bowled Stephen Eskinazi with the fourth ball of the reply, before Max Holden followed an over later when Ben Allison found his outside edge.

Joe Cracknell and John Simpson smashed five sixes between them but still couldn't match the required run rate. Both departed attempting to up the ante, Simpson miscuing to extra cover and Cracknell bowled trying to sweep Critchley.

Luke Hollman and Jack Davies both reached the 20s before they both departed, the former attacked Westley before Critchley had Davies lbw and Chris Green stumped.

The home victory was confirmed when Cook returned to find Tom Helm edging to short third man and Andersson picked out a sprawling Harmer at long-on and Thailan Walallawita was run out.