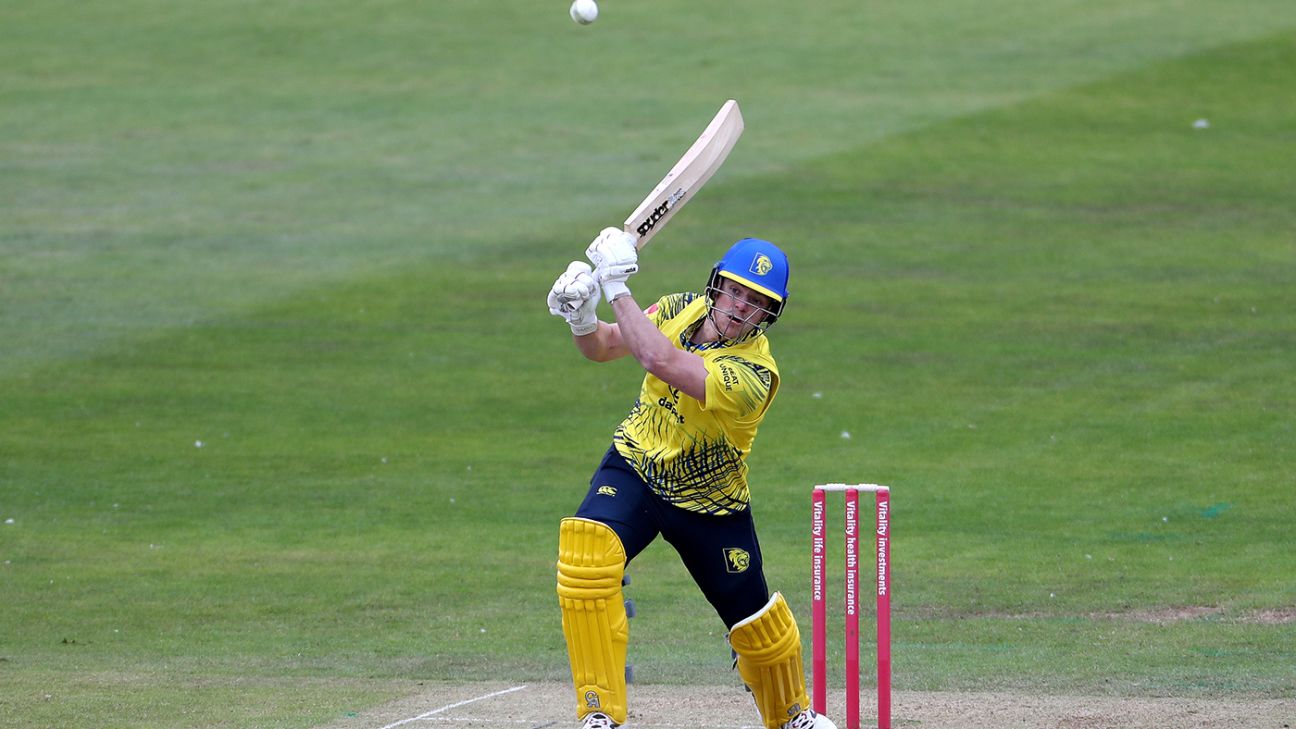 Liam Trevaskis produced late heroics to guide Durham to a final-over victory over Lancashire Lightning in their Vitality Blast clash at Seat Unique Riverside.
The home side appeared to be on the verge of their fourth straight defeat in their chase of 131 amid outstanding bowling from Richard Gleeson, despite knocks of 46 from Ned Eckersley and 36 from Michael Jones. However, with the pressure on Trevaskis, the skipper blasted 16 runs from seven balls to steer his side over line with vital late boundaries with three balls to spare.
Lancashire had produced an under-par effort with the bat, mustering only 130 from their 20 overs, with the main contribution coming from Steven Croft's innings of 55. Durham debutant Nathan Sowter and Andrew Tye claimed three wickets apiece to limit the visitors, which proved to be crucial later in the day in delivering the win for the hosts and Lancashire's first loss in the tournament this season.

Lancashire opted to bat on a used wicket and Phil Salt looked to use the powerplay to his advantage. The opener scored quick-fire boundaries, including three in a row against Trevaskis, to get the visitors off to a bright start.

However, the Durham skipper had his revenge from the fourth ball of his opening over as Salt fell for 23. In a sign of things to come, Keaton Jennings endured a difficult seven balls at the crease, scoring only three runs before he was bowled by Tye.

Sowter then put the clamps on the visitors after only completing a loan move from Middlesex hours before the contest. He prised out Dane Vilas lbw for 12 before taking the key wicket of Tim David bowling the powerful right-hander for only six.

Further wickets from Tye and Raine allowed Durham to keep the pressure on the Lightning, while Sowter returned for his final over to remove Tom Hartley, ending the innings with impressive figures of 3 for 22.

Croft was the only Lancashire batter to offer resistance with a determined half-century from 49 balls, but he fell going for a big strike to Raine in the final over before Matt Parkinson was run out from last ball of the innings, leaving the visitors with work to do to defend their total.

Durham lost Graham Clark to the first ball of their reply as Liam Hurt produced a brilliant delivery first up to bowl the opener. Gleeson then came to the fore cleaning up David Bedingham and Ollie Robinson for single-digit scores to bring the Lightning back into the game. Jones steadied the Durham innings by picking his moments to find the fence and seeing off the initial threat of Gleeson.

The opener made 36 before he had a rush of blood to the head and attempted a risky sweep against Hartley and was pinned lbw. Hartley drew another false stroke to notch his second wicket as Raine was caught miscuing his slog-sweep to Croft at deep backward square leg. The wickets gave the Lightning a glimmer of hope as the required rate climbed above seven for the first time.

Eckersley appeared to have Durham in position to whittle off the remaining 21 runs from the final three overs, but Gleeson's return to the attack turned the tide as he bowled him for 46 and Brydon Carse for 2.

Durham needed heroics from their captain in the middle, and Trevaskis delivered by striking Hurt for a four and six in back-to-back deliveries in the penultimate over before seeing his team over the line to secure their third win of the campaign.