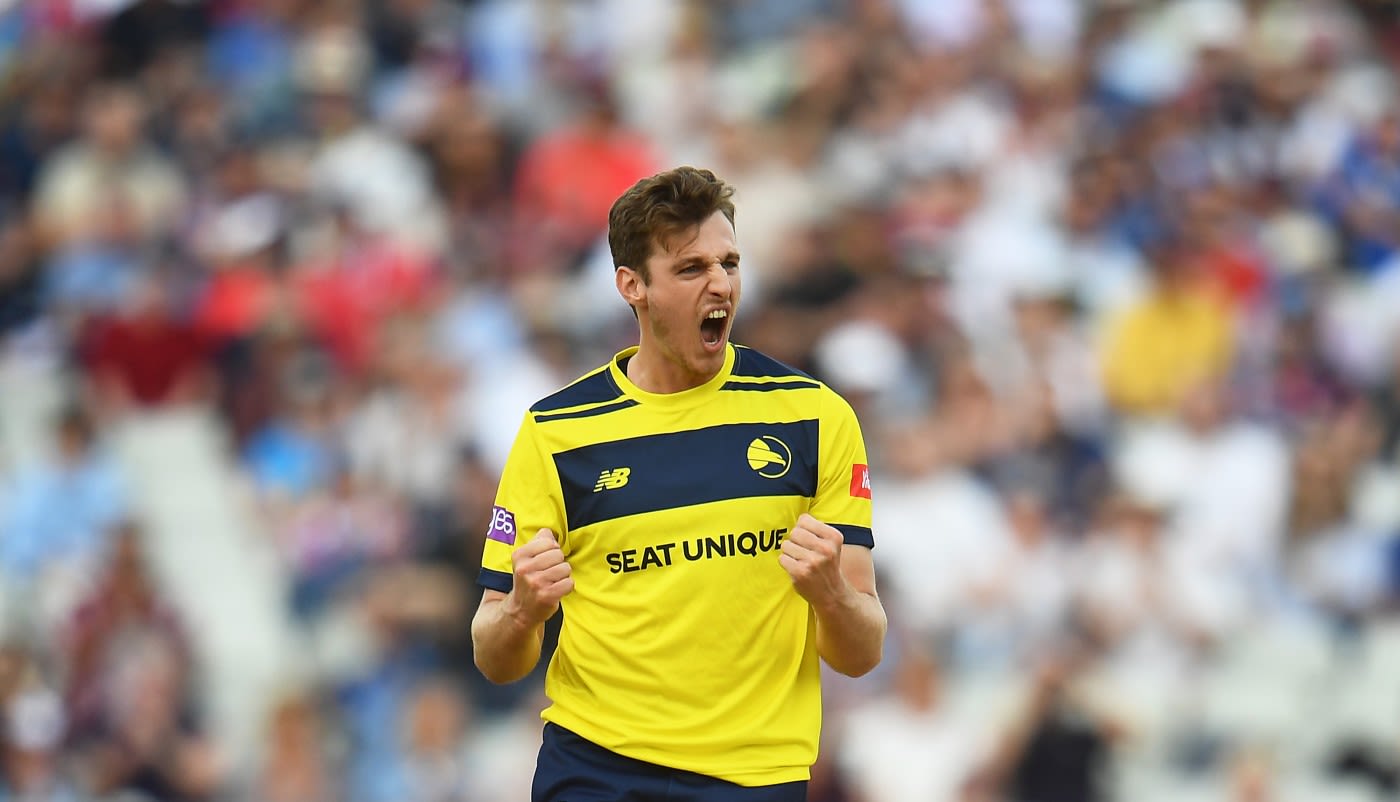 Having started the Vitality Blast with four successive defeats, Hampshire made it four wins in four with a nine-run victory over Glamorgan in Cardiff.

Having been put into bat Hampshire eked out a competitive total in the face of a strong Glamorgan bowling display, reaching 134 for 4 from their 20 overs with Joe Weatherley top-scoring with 46 not out.

On a tricky surface Glamorgan never really got on top of the chase as regular wickets kept their scoring rate in check.

Some lusty blows from Dan Douthwaite at the back end of the Glamorgan innings gave them some hope but when he became the fourth victim of Brad Wheal's career best 5 for 38 the game was over.

The Glamorgan bowlers were fantastic inside the powerplay overs, conceding just 32 runs from the first six. As has so often been the case over his 10 years with the club, it was Michael Hogan who was the most difficult to get away. He bowled two overs during the powerplay, taking one wicket and going for just five runs.

The wicket Hogan claimed was that of Australian Ben McDermott who attempted to scoop a ball to the fine leg boundary but managed to hit it into his stumps.

Prem Sisodiya shared the new ball with Hogan and he was also extremely difficult to get away, his left-arm spin going for just seven runs from his two powerplay overs while also picking up the wicket of Tom Prest.

A 49-run stand between James Vince and Weatherley set a foundation for Hampshire to set a defendable total on a pitch that rarely looked easy for scoring. Vince made a run-a-ball 44 before he was bowled by Andrew Salter while Weatherley top scored with 46 not out.

Weatherley was well supported in the death overs by Toby Albert who followed up a career best 24 not out against Essex on Thursday with an undefeated 21 from 15 balls in this match.

Glamorgan's pursuit of the 135 run target got underway much as the Hampshire did with the bowlers on top in the powerplay. Glamorgan's captain, David Lloyd, was bowled by Chris Wood in the first over as the home side struggled to get things going against the new ball.

With Wheal claiming the wicket of the dangerous Colin Ingram inside the first six overs Glamorgan limped to 29 for 2 as the fielding restrictions were loosened.

Sam Northeast, Glamorgan's leading run-scorer in this competition this season, was the mainstay of their innings once again. But when Wheal claimed the wickets of Kiran Carlson and Eddie Byrom in the space of two balls the pressure on Northeast to make a telling contribution increased.

Chris Cooke had made it to 18 when he was well caught by Vince off Mason Crane. Northeast, who left Hampshire last summer, had made to 36 from 40 balls when he edged one through to wicketkeeper McDermott just three balls later with Crane claiming the second wicket of his spell.

With Northeast gone and the required rate heading towards 12 an over it was left to the Glamorgan lower order to attempt to get them over the line. Despite the best efforts of Douthwaite the home side finished 10 runs short of victory.