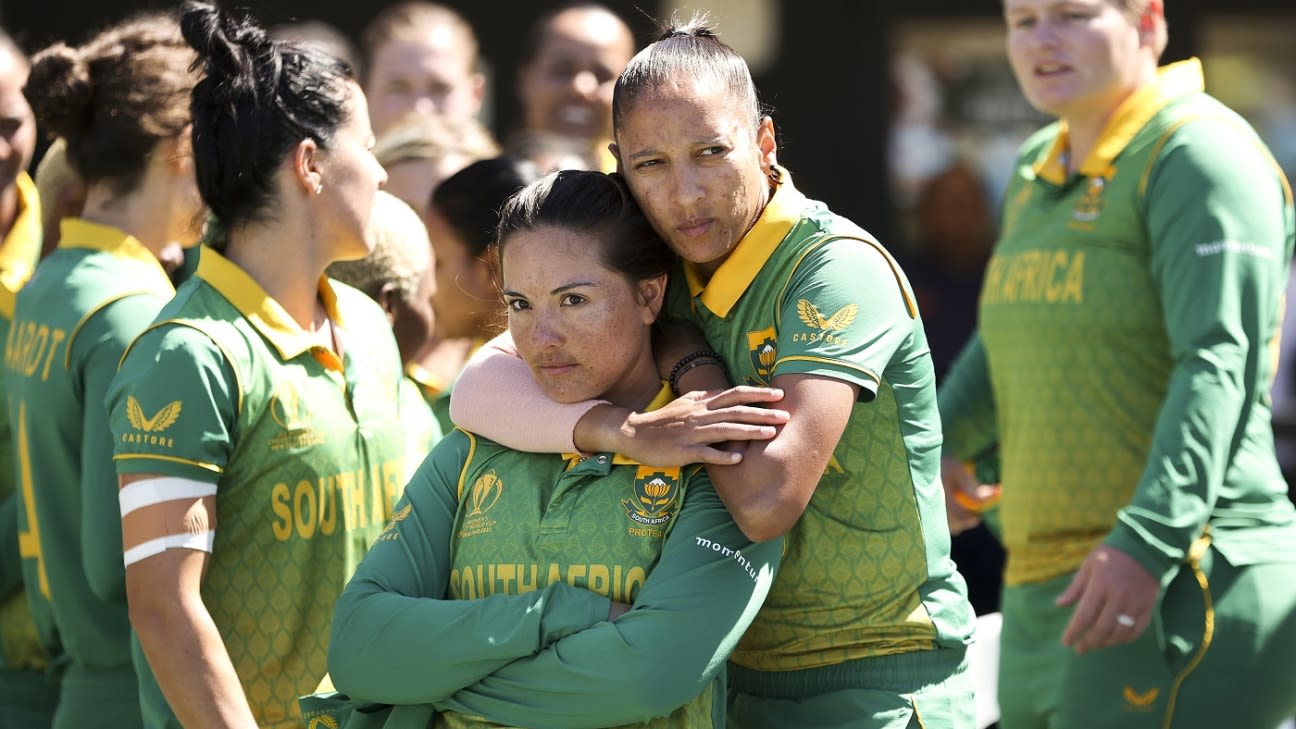 The carnage began almost as soon as Ireland won the toss and opted to bat and soon enough they were 14 for 4. Shauna Kavanaugh (15), Sophie MacMahon (13) and Georgina Dempsey (19) were the only players to get into double-figures as South Africa took control and simply never let up. Ismail was responsible for three of the four ducks in the innings, even as her new-ball partner Ayabonga Khaka proved herself to be unhittable, getting through 5.2 overs for just six runs (one of those was a wide) and picking up two wickets. Luus took care of the middle and lower order to bowl Ireland out in 27.2 overs.
Read 32 times