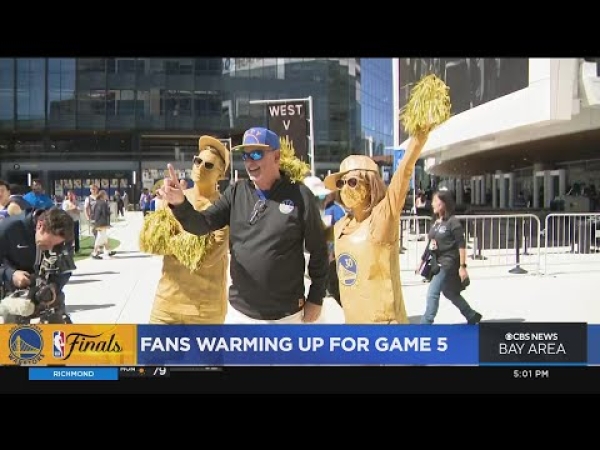 NBA Finals: Nervous Warriors fans gear up for Game 5 against Boston with series tied
Dub Nation was out in full force at Chase as the Warriors faced off with Boston in Game 5 of the NBA Finals. KPIX team coverage has Andrea Nakano, Kenny Choi and Vern Glenn reporting from Thrive City.
Read 15 times
More in this category: « Can Minnesota Vikings win a playoff game in 2022? Full interview: Avs goaltender Darcy Kuemper wins the 2022 Stanley Cup »
back to top