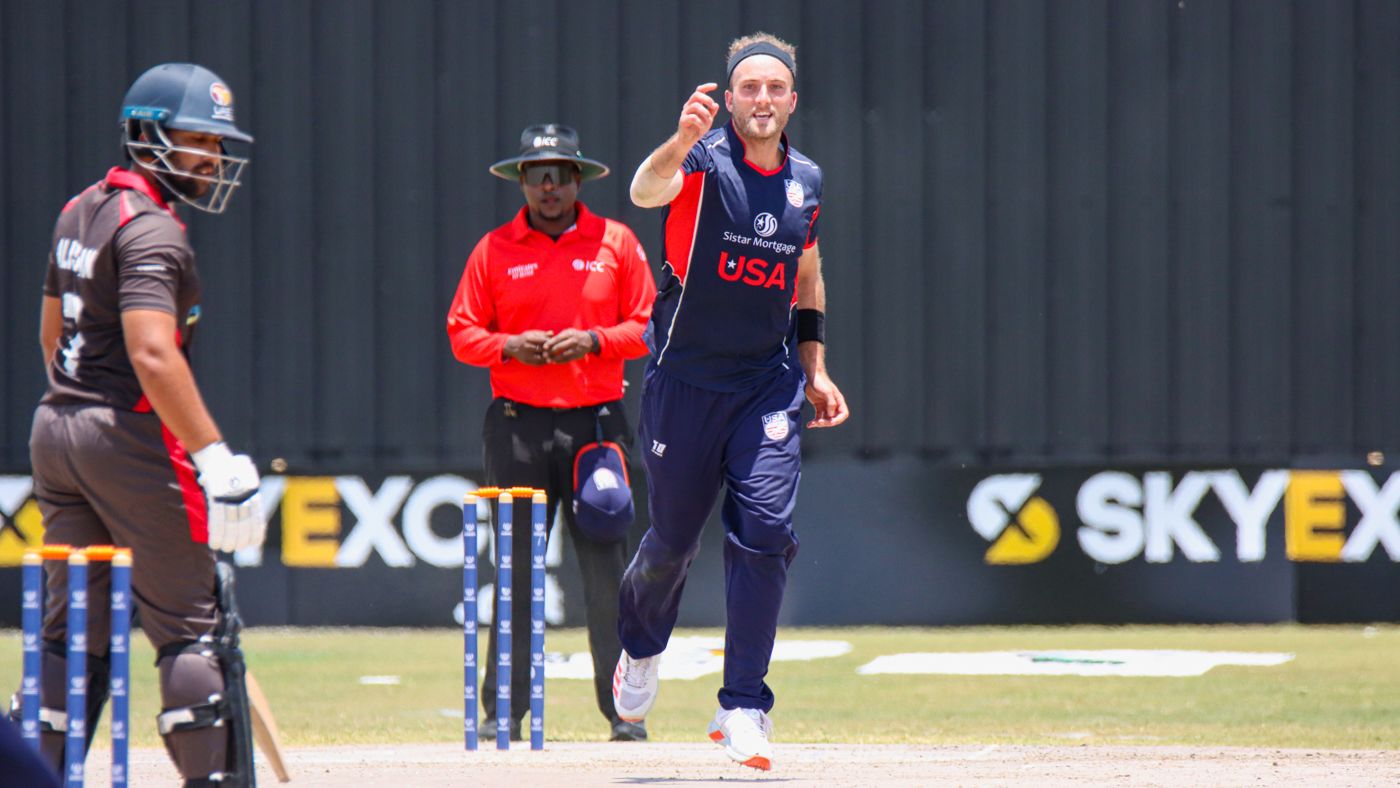 Former Melbourne Renegades fast bowler Cameron Stevenson has been included in USA's T20I squad for the first time as one of several changes to the group headed to Zimbabwe next month for the ICC Men's T20 World Cup Qualifier B tournament, from July 10 to 17.
Stevenson, 29, has played 12 ODIs for USA, including five during the recent tour of Texas, since making his List A debut for the national team in the CWI Super50 tournament at Trinidad in November 2019. However, he has not played a T20 match since suiting up for the Renegades on New Year's Day 2017, when he took the wicket of Kevin Pietersen at the MCG in a seven-run win over Melbourne Stars.

Stevenson effectively takes a spot made available by the absence of Ian Holland, who was USA's standout player at the ICC Americas T20 World Cup Qualifier in Antigua last November when his team-leading 10 wickets in six matches propelled USA to a first-place finish and a spot in Zimbabwe. But Holland is unavailable to tour Zimbabwe due to his County cricket commitments at Hampshire.

Fast bowler Rusty Theron is also included after missing the Ireland T20Is due to injury. It will be the 36-year-old's first tour of the African continent with USA since making the switch in 2019 having previously played nine T20Is and four ODIs for his native South Africa from 2010 to 2012.
The trickle-down effect of the Covid-effected T20I series against Ireland in December has also had an impact on USA's squad for Zimbabwe. Sushant Modani and Yasir Mohammad have retained their spots in USA's T20I squad after impressing as last-minute replacements against Ireland when four players - including Steven Taylor and vice-captain Aaron Jones - were ruled out in December due to Covid.

Modani took advantage of his opportunity and scored a fifty on T20I debut in a win over Ireland. He was also one of USA's most in-form batters in the recent ODIs in Texas, scoring three fifties and a maiden ODI century across the eight games. Teenage legspinner Mohammad also made his T20I debut against Ireland and played a crucial role in the two matches to maintain his spot for the Zimbabwe tour, effectively replacing left-arm spinner Karima Gore who was initially in USA's T20I squad against Ireland before being ruled out with Covid.

The arrival of Stevenson combined with the emergence of Modani and Mohammad - plus the return of Taylor, Jones and Jaskaran Malhotra, who also missed the Ireland matches with Covid - means a number of players make way. Ryan Scott, who made 8 and 11 in his two innings opening the batting against Ireland, has been left out. Xavier Marshall has also been dropped after scoring 4 off 11 in his only innings against Ireland. Teenage allrounder Ritwik Behera was also dropped after struggling in his pair of opportunities against Ireland, making a four-ball duck followed by 16 off 23 balls. Jessy Singh and Ali Sheikh were also left out after not taking the field against Ireland.

USA's squad leaves later this month to begin their preparation for the T20 World Cup Qualifier with four T20 matches in Namibia - two each against Namibia and Jersey - before moving on to Zimbabwe where they will play two more warmup matches against the Netherlands on July 6 and 7.

USA have been placed in Group A of the Qualifier to be staged in Bulawayo where they will face Jersey, Singapore and Zimbabwe. The top two teams in each four-team group - Hong Kong, Netherlands, Papua New Guinea and Uganda are in Group B - will advance to the semi-finals where the two winners will advance to the T20 World Cup in Australia this October.

More in this category: « 'I feel proud when I do well' - Jaiswal happy to embrace big-match pressure Sam Cook torpedoes Middlesex after Dan Lawrence, Tom Westley set up Essex »
back to top