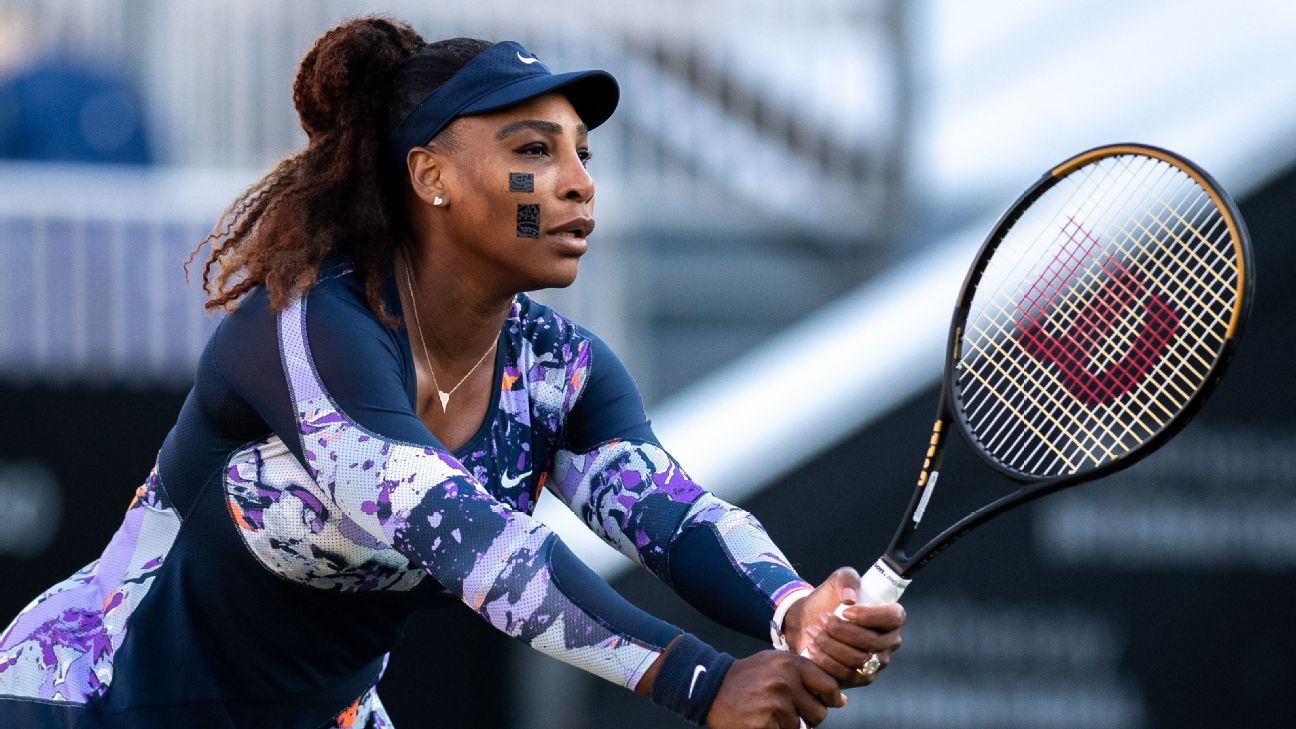 Serena Williams' eagerly awaited return at Wimbledon will begin in the first round against France's Harmony Tan as the 23-times Grand Slam champion resumes singles action after a year out.

The 40-year-old American player avoided the big names in Friday's draw and will get the chance to ease into the tournament against world No. 113 Tan as she targets an eighth singles title at the All England Club.

Williams, notionally ranked down at 1,204 and therefore a wild card next week, has not played a singles match since retiring injured and in tears in the first round a year ago against Aliaksandra Sasnovich.

If she survives her opener against Tan, Williams could face Spanish 32-seed Sara Sorribes Tormo in the second round with a possible third round against last year's runner-up Karolina Pliskova.

Second-seeded Rafael Nadal, who is halfway to a calendar-year Grand Slam, plays world No. 42 Francisco Cerundolo in the first round, and Spanish compatriot Carlos Alcaraz takes on Germany's Jan-Lennard Struff.

Raducanu, 19, has struggled since her incredible run in New York and has been dealing with an injury in the build-up.

Compatriot Andy Murray, champion in 2013 and 2016 but unseeded now after his battles with hip injuries, is up against Australian James Duckworth.

Former champion Simona Halep, the 16th seed, will feature in one of the picks of the women's first-round clashes as she takes on Czech Karolina Muchova.

Looking further into the draw, Djokovic is on course to face fifth-seeded Alcaraz in the quarterfinals, and last year's runner-up Matteo Berrettini, who opens against Chile's Cristian Garin, could face Stefanos Tsitsipas.

Nadal's seeded quarterfinal opponent is Canada's Felix Auger-Aliassime, whom he beat on the way to the French Open title.

More in this category: « Bednar: Nothing wrong with Kadri's game winner Lightning deal McDonagh to Preds for 2 players »
back to top