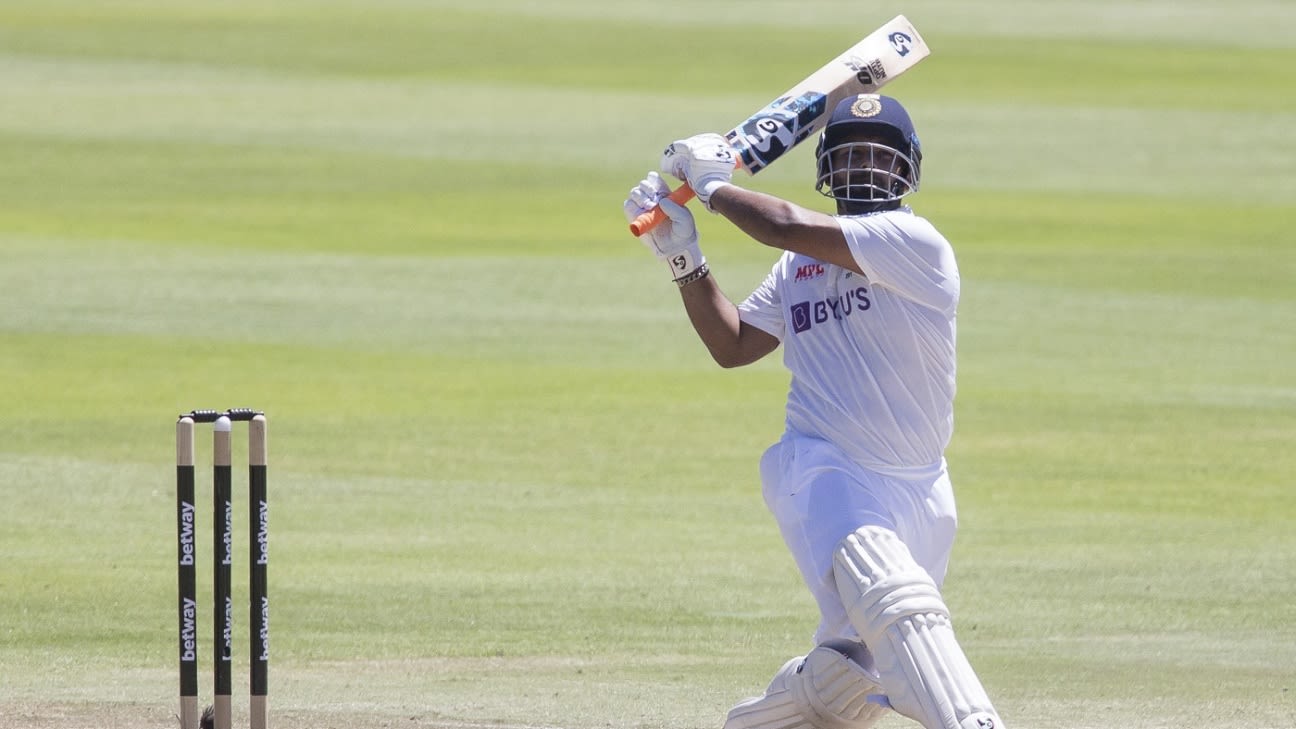 From the moment he came out wearing the big gloves for Leicestershire, Rishabh Pant against India's Test seam bowlers was a juicy prospect. Pant has his own method of playing seam bowlers. He can often look clueless, but he can also be dismissive and ruthless as is evident in his centuries in England and Australia, and the two scarcely believable innings in Sydney and Brisbane at the start of 2021. How was he going to tackle his own bowlers, who are among the best seam-bowling units going around?

The Leicestershire batting, not all of them first-choice players, made sure Pant was out there answering the question as early as the 14th over, at 44 for 3, one of the wickets being Cheteshwar Pujara, playing on trying to cut Mohammed Shami. And he lit up a gloomy afternoon at Grace Road as the Indians continued a second fruitful day of practice. Pant came out the better in his exchange with Shami, Mohammed Siraj, Umesh Yadav and Shardul Thakur (Jasprit Bumrah played for Leicestershire), playing shots both orthodox and innovative, to score 76 off 87 balls to cancel out the Indians' first-innings score of 246, declared overnight.

With two days and an hour still to go, there was enough time for a grandstand one-innings shootout. We might still get it come the fourth day, but the immediate pursuit was quality practice more than the competitiveness: Rohit Sharma didn't open the innings, sending in KS Bharat instead after his first-innings half-century, nor did Jasprit Bumrah bowl. As a result, Navdeep Saini got a chance to bowl, removing Shubman Gill through a second loose, in-between shot of the match.

The highlight of the day remained Pant, who took on all of the seamers, scoring 26 off 30 balls from Shami, 20 off 23 against Siraj and 13 off 12 when facing Umesh. He went from 45 off 72 to 70 off 82, unleashing extra-cover drives, paddle sweeps off the quicks, and nonchalant short-arm jabs. He brought up his fifty with an audacious sweep off Umesh.

In the end, though, Pant fell to what is his natural strength: spin, that too left-arm. He tried to slog-sweep Ravindra Jadeja, but the lack of turn took the outer edge for a high catch at long-on. If there ever was any doubt around Jadeja getting a place in the first XI, he laid it to rest with three wickets in just eight overs.

Bharat's impressive batting continued into the second innings as he and Gill got off a flying start. The first real mistake from them came in the 11th over by which time they had reached 59. Gill looked imperious in his early stroke-play, but was caught on the crease, pushing away from the body, falling to the extra bounce for Saini. The Indians ended the day at 80 for 1, a lead of 82.