Jagadeesan apologises for obscene gesture after being run-out backing up 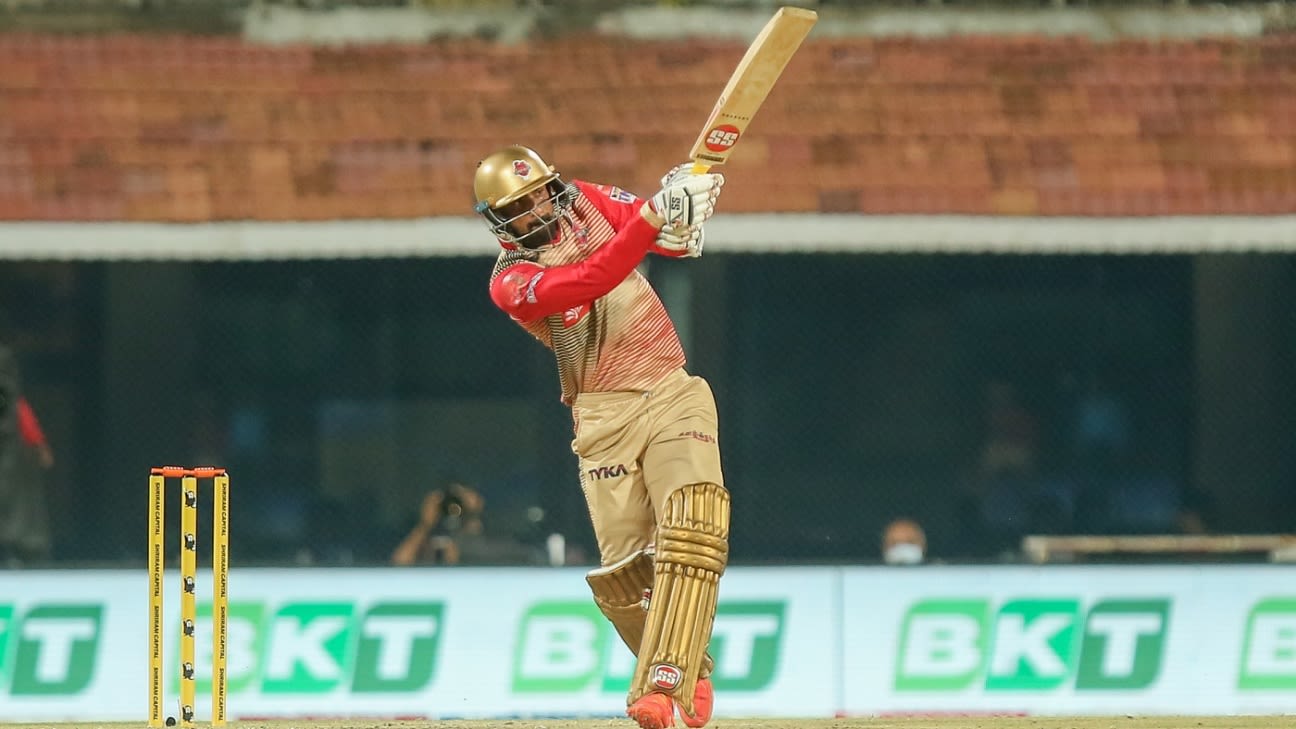 Chepauk Super Gillies' N Jagadeesan has apologised for his obscene gesture after being run-out backing up at the non-striker's end during the opening match of the Tamil Nadu Premier League 2022, against Nellai Royal Kings on Thursday.
Chasing 185, Super Gillies were 35 for 0 in 3.3 overs when offspinner B Aparajith stopped in his bowling action and dislodged the bails to find Jagadeesan out of the crease.
Jagadeesan, who was batting on 25 off 15 balls, didn't look pleased with the mode of the dismissal and showed the middle finger twice on his way back. On Friday, though, he regretted the gesture in a Twitter post.

"My deepest apologies to all of you for my inexcusable behaviour at yesterday's match," he wrote. "Cricket has always been what I live for - and the sportsmanship that comes along with the sport is something I deeply respect. Which is why it is very hard for me to digest how I reacted.

"Passion is always key in any sport - but controlling and channelising it the right way is more important. And that is something I failed at doing when I let my temper get the better of me.

"No excuses for what has been done. I will do better and be better. With regret, Jagadeesan."

Jagadeesan was given run out as per law 41.16.1, which states: "If the non-striker is out of his/her ground at any time from the moment the ball comes into play until the instant when the bowler would normally have been expected to release the ball, the non-striker is liable to be Run out."

A non-striker leaving his ground early is deemed unfair in the laws but to further de-stigmatise such dismissals, the MCC decided in March to move this section from Law 41 (Unfair Play) to Law 38 (Run Out) in the next update.

The match was tied, and Jagadeesan's team eventually lost in the Super Over.