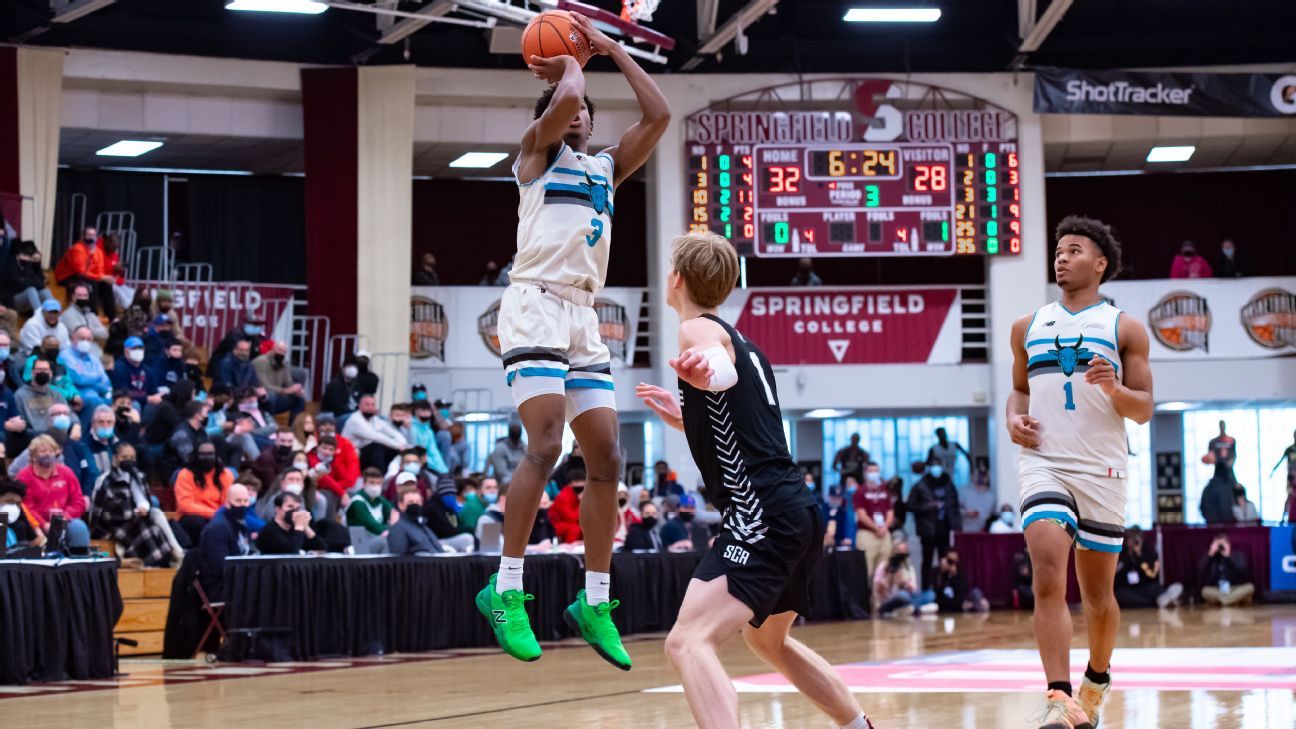 Top-five recruit Robert Dillingham committed to Kentucky on Friday, giving the Wildcats their second top-30 guard in the 2023 class.

Dillingham originally committed to NC State last December but reopened his recruitment in March. He chose Kentucky over a final four that also included Auburn, Louisville and USC.

"If you put in the work at Kentucky and Coach Cal thinks you are good enough to make it, then it will happen for you," Dillingham told ESPN. "When I visited Kentucky, it was incredible. They explained everything. The basketball, academics, strength and conditioning, NIL."

On the topic of name, image and likeness, Dillingham said: "Coach Cal explained how it works and said, 'It's not the reason you come here, but it's definitely a perk.' I know TyTy Washington and Oscar Tshiebwe have done very well."

Kentucky had been involved with Dillingham for much of his recruitment, and the five-star guard took an official visit to Lexington last October. When Dillingham decommitted from NC State, the Wildcats again entered the picture.

"Coach Cal and his staff came to see me when I was at Combine Academy," he said of a Calipari home visit earlier in his recruitment. "They flew private into Lincolnton, North Carolina. That meant a lot. Coach Cal is down to earth. He told me and my mom his whole story growing up. My mom is an energetic and positive person. She felt good about Coach Cal and Kentucky."

Dillingham was blown away by the fan support he received on his visit to Lexington.

"They are crazy, I am not going to lie. I have not experienced anything like it," he said. "They are so passionate. I really have not taken a lot of pictures with fans -- on my visit, I did. You could feel the love."

A 6-foot-1 guard from North Carolina who transferred to Donda Academy (California) last fall, Dillingham is ranked No. 5 overall in the ESPN 100 for 2023. He's considered the second-best guard in the class behind top-ranked prospect D.J. Wagner.

Dillingham is averaging 19.5 points and 3.3 assists for the CP3 All-Stars so far on the Nike EYBL circuit, while shooting 64.9% from inside the arc and 40.3% from 3-point range.

He is one of the most dynamic players in the class of 2023. His biggest impact comes from his basketball instincts, advanced ball skills and court awareness, allowing him to be a shot-creator and playmaker. Dillingham is one of the best shot-makers and space creators in the high school game. Whether it's in transition or against a set defense, Dillingham finds open pockets of space to score or distribute to the open man.

He reads the floor exceptionally well, keeping defenders off balance by constantly changing speed and direction. Hesitation moves, crossover dribbles, shot fakes and jab steps are all part of Dillingham's arsenal, and he has deep range on his jumper. He is also a very good off-ball defender because of his vision and anticipation skills.

"I have known him since we were younger," Dillingham said. "He's got sneaky bounce and is a knock-down shooter."

Kentucky is still in the mix for five-star prospects Wagner, Ron Holland, Justin Edwards, Aaron Bradshaw and others. Wagner is the priority, but it's a heated battle against rival Louisville, which recently hired Wagner's grandfather -- Milt Wagner, who played on the Cardinals' 1986 national championship team -- as the program's director of player development and alumni relations.

"I really feel we could feed off each other by scoring and making assists," Dillingham said of Wagner. "We could easily play together and learn from each other. DJ is crazy good. He is one of the toughest players I have seen. A shot-maker and scorer."

More in this category: « WNBA union decries overturning of Roe v. Wade Lightning deal McDonagh to Preds for 2 players »
back to top