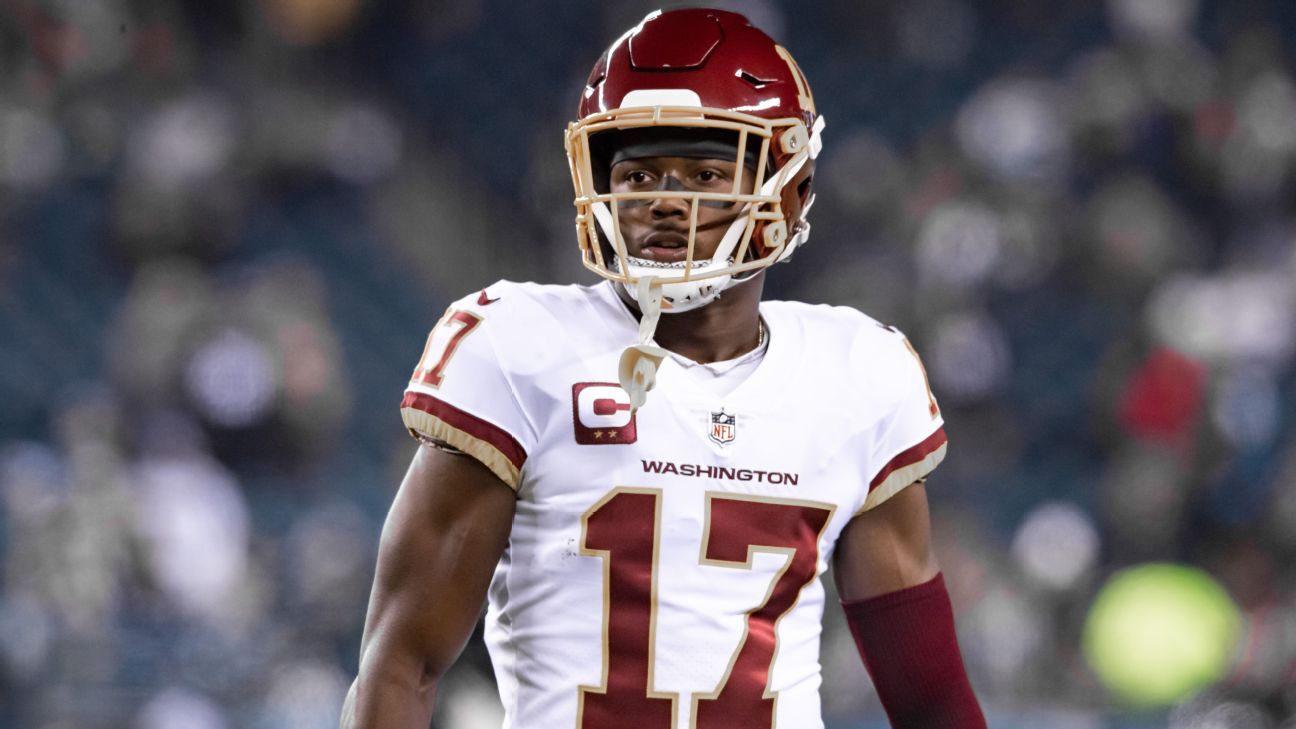 Washington Commanders wide receiver Terry McLaurin is signing a three-year extension worth up to $71 million in new money that places him among the NFL's five highest-paid WRs, sources told ESPN.

The three-year extension for McLaurin includes a $28 million signing bonus, the largest given to any wide receiver, and also has 76.4% of the new money in the deal guaranteed.

The deal contractually ties McLaurin, 26, to Washington through the 2025 season. McLaurin's rookie contract had been set to expire after the 2022 season.

He had skipped the three weeks of voluntary OTAs as well as the team's mandatory three-day minicamp. The deal ends what would have been a headache for a franchise that didn't need another one. McLaurin's popularity both in the locker room as a leader and with the fan base would have resulted in more displeasure directed at the Commanders.

Washington coach Ron Rivera said on June 15 that they started to have more talks about a week earlier. One source told ESPN's John Keim that Rivera reached out to McLaurin -- not to negotiate but to reiterate his importance to the organization. Washington didn't waver on its desire to sign McLaurin and did not consider trading him.

McLaurin surpassed 1,000 yards receiving in two of his first three seasons after being selected in the third round of the 2019 draft despite playing with nine different starting quarterbacks. He caught 77 passes for 1,053 yards and five scores last season after grabbing 87 for 1,118 yards and four touchdowns the previous season. He finished with 919 receiving yards as a rookie. He has missed just three games in his career.

More in this category: « F1's Hamilton condemns Piquet for racist slur Lightning deal McDonagh to Preds for 2 players »
back to top