Mayfield on Browns: Both sides have moved on 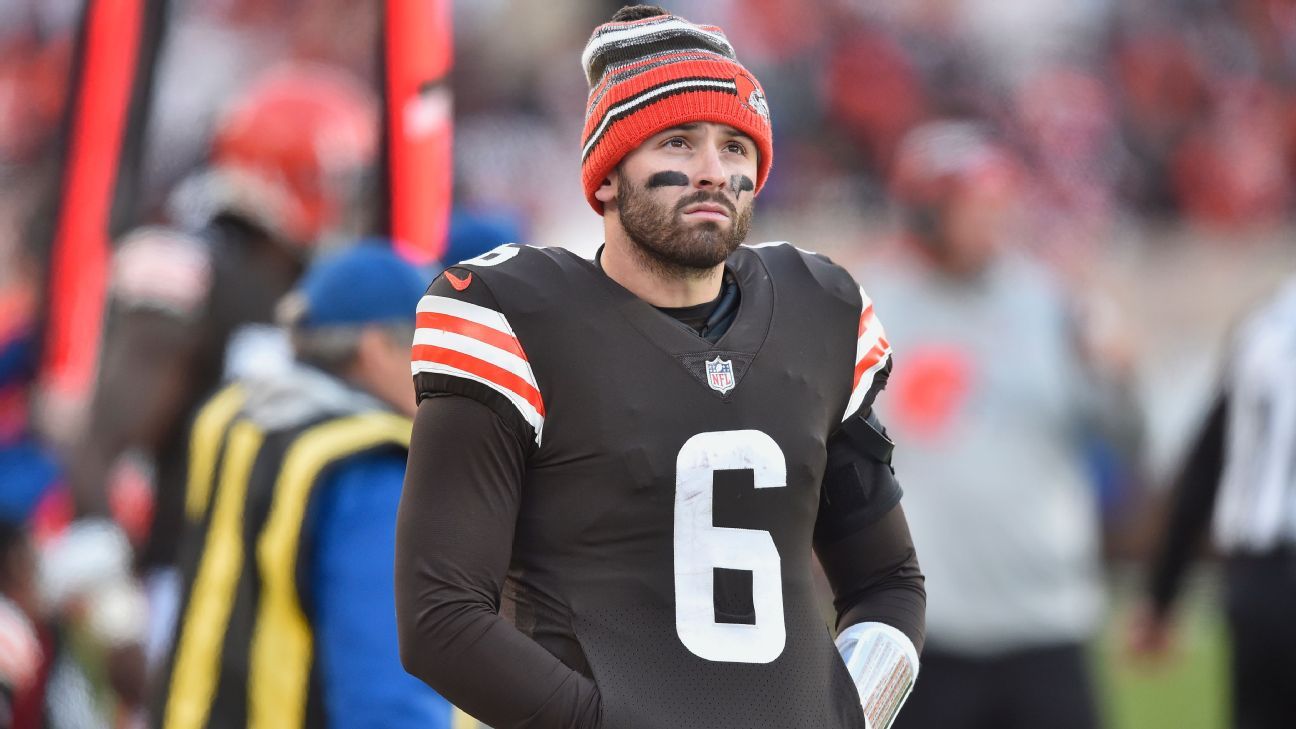 Quarterback Baker Mayfield didn't completely rule out the possibility of a reconciliation with the Cleveland Browns on Tuesday in the event that the NFL suspends his replacement, Deshaun Watson, for the entire 2022 season.

Mayfield, however, added that the Browns would have to be the ones to start that process, and that he's moved on and looking forward to joining his new team once he finally is traded.

"I think for that to happen there would have to be some reaching out," Mayfield told reporters during his youth football camp in Norman, Oklahoma. "But we're ready to move on, I think -- on both sides."

Watson's hearing before the NFL and NFL Players Association's jointly appointed disciplinary officer, Sue L. Robinson, was scheduled to begin Tuesday. The NFL is expected to push for a suspension of at least a year, according to ESPN's Dan Graziano.

Watson has been accused by numerous women of inappropriate sexual conduct during massage sessions. He recently settled 20 lawsuits against him, but he still faces four active suits. Graziano reported that the NFL will present the cases of five women, four of whom are among those who sued, as supporting evidence for its position during Tuesday's hearing.

The Browns signed Jacoby Brissett this offseason to start if Watson is suspended.

Cleveland, meanwhile, has been unsuccessful so far this offseason in trading away Mayfield. The former No. 1 overall pick is due to make almost $19 million in guaranteed money for the 2022 season. The Browns have discussed a trade with the Carolina Panthers, according to multiple sources, but have yet to make a deal.

Mayfield quarterbacked the Browns to their first playoff victory in 18 years in 2020, but he struggled last season, as Cleveland finished 8-9 and missed the postseason. Mayfield has been away from the Browns since Cleveland traded for Watson in March. The Browns excused Mayfield from attending mandatory minicamp earlier this month.

Mayfield admitted that he was "frustrated" that a trade didn't happen before minicamp, but that he had no ill feelings toward Browns fans.

More in this category: « Sources: Commanders, WR McLaurin reach deal Lightning deal McDonagh to Preds for 2 players »
back to top