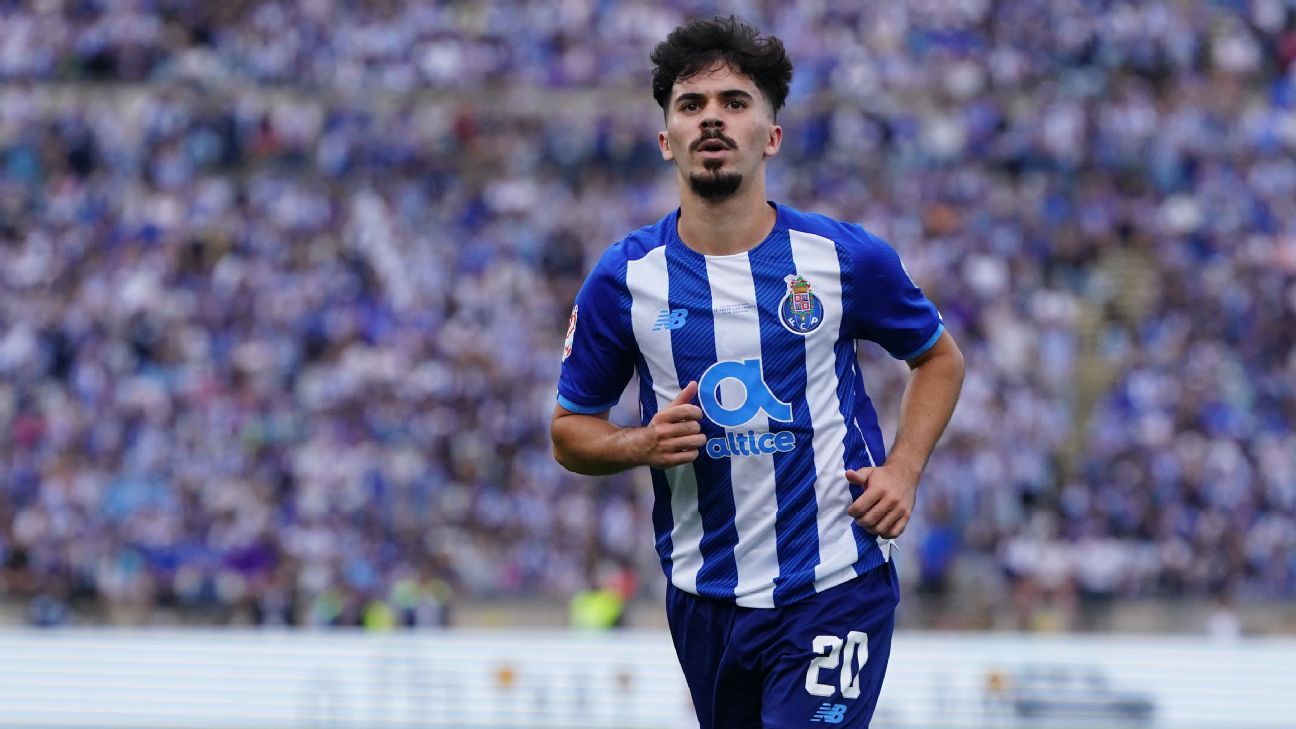 PSG triggered the player's €40m release clause to see off competition from Premier League clubs and land the 22-year-old.

Vitinha, 22, has put pen to paper on a five-year deal.

The Portugal international had a starring role at Porto, starting in 27 league games to help the Dragoes win the league title last season.

He made his international debut in March and was one of three Porto players selected in the Primeira Liga's best XI of the 2021-22 campaign.

A youth product of Porto, Vitinha spent the 2020-21 season on loan at Wolves where he made 22 appearances in all competitions.

Wolves turned down an option to sign Vitinha on a permanent transfer last summer and PSG have benefitted.

At PSG, he will team up with fellow Portugal internationals Nuno Mendes and Danilo Pereira.

Mendes will join PSG on a permanent transfer on July 1 after the left-back enjoyed a successful season on loan from Sporting Lisbon.

Sources have told ESPN that former Nice manager Christophe Galtier is in line to replace Mauricio Pochettino as PSG coach.

It has been an important week for Vitinha, who on Wednesday attended the inauguration of a football pitch named in his honour at a school in his hometown of Santo Tirso, Portugal.

Vitinha wrote on social media: "A tribute like this, at the school where I went, is a huge responsibility that forces me day by day to work to inspire all these children with good examples. It is a duty and an obligation. The dream started here."