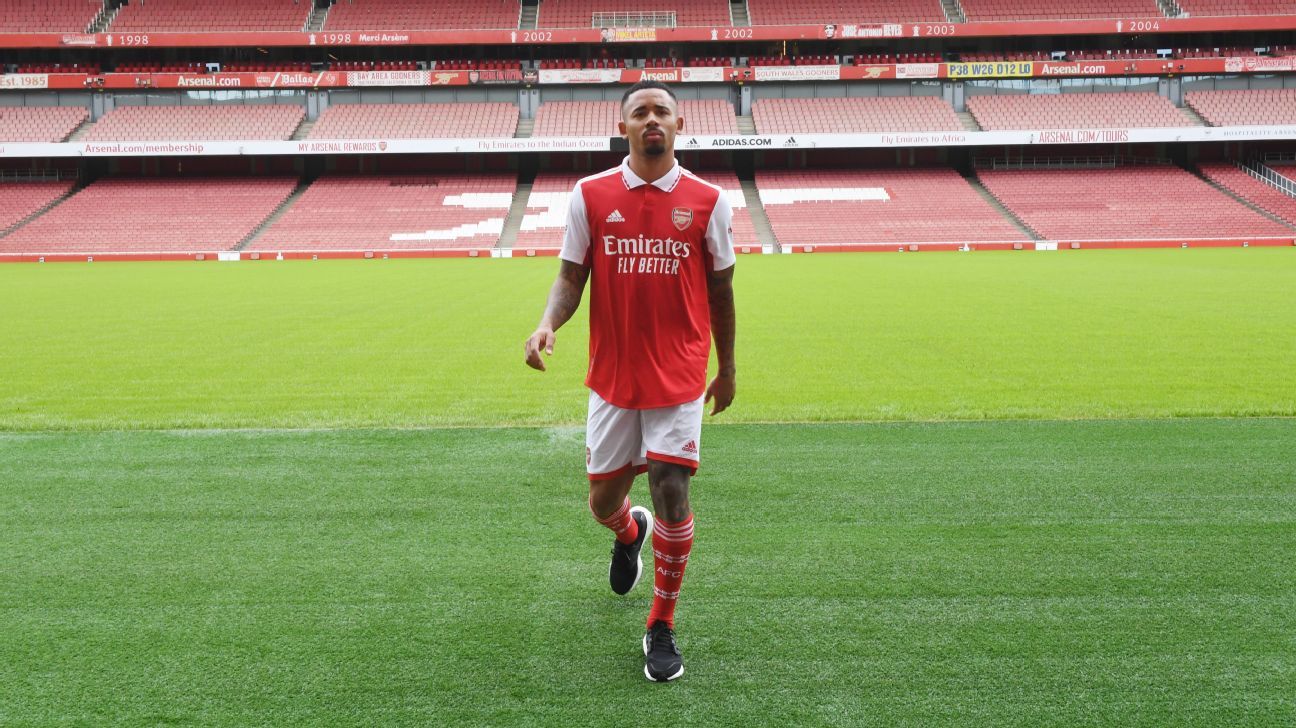 Arsenal have completed the signing of Gabriel Jesus from Manchester City, the club announced.

ESPN reported earlier in June that Arsenal were confident of landing the Brazil international amid rival interest from Tottenham Hotspur.

- Preseason schedule: When, where, who Europe's top clubs will play
- Olley: Can Arsenal enjoy better start to Prem season?
- Don't have ESPN? Get instant access

Sources also added that Arsenal will pay £45 million plus a further £10m in add-ons to sign the striker who will wear their No. 9 shirt.

"It's been a pleasure to play for Manchester City," Jesus said. "I feel like I am a better player now than when I arrived -- and to win 11 trophies has been amazing.

"My four Premier League titles are particularly special for me. I want to thank everyone at City -- the manager, my teammates and the fans -- for all the support they have given me over the past five-and-a-half years."

"I'm very excited," Arsenal boss Mikel Arteta added. "The club has done a tremendous job to recruit a player of this stature. I know Gabriel personally very well, and we all know him well from his time in the Premier League and being really successful here.

"This is a position that's been on our radar for a long time now and we have managed to get a player that we all wanted, so I'm really happy."

Arsenal, who have already signed midfielder Fabio Vieira and United States goalkeeper Matt Turner, are looking to strengthen after missing out on Champions League football.

Mikel Arteta's side were in need of a striker after Alexandre Lacazette returned to Lyon on a free transfer this summer while Pierre-Emerick Aubameyang joined Barcelona in January.

Jesus, who had only one year remaining on his contract at City, contributed 13 goals and 12 assists in all competitions for the Premier League champions last season and can play in all attacking positions.

More in this category: « Can USWNT qualify for World Cup, Olympics? Top questions ahead of CONCACAF W Championship Sources: Man Utd set to sign Ajax's Martinez »
back to top