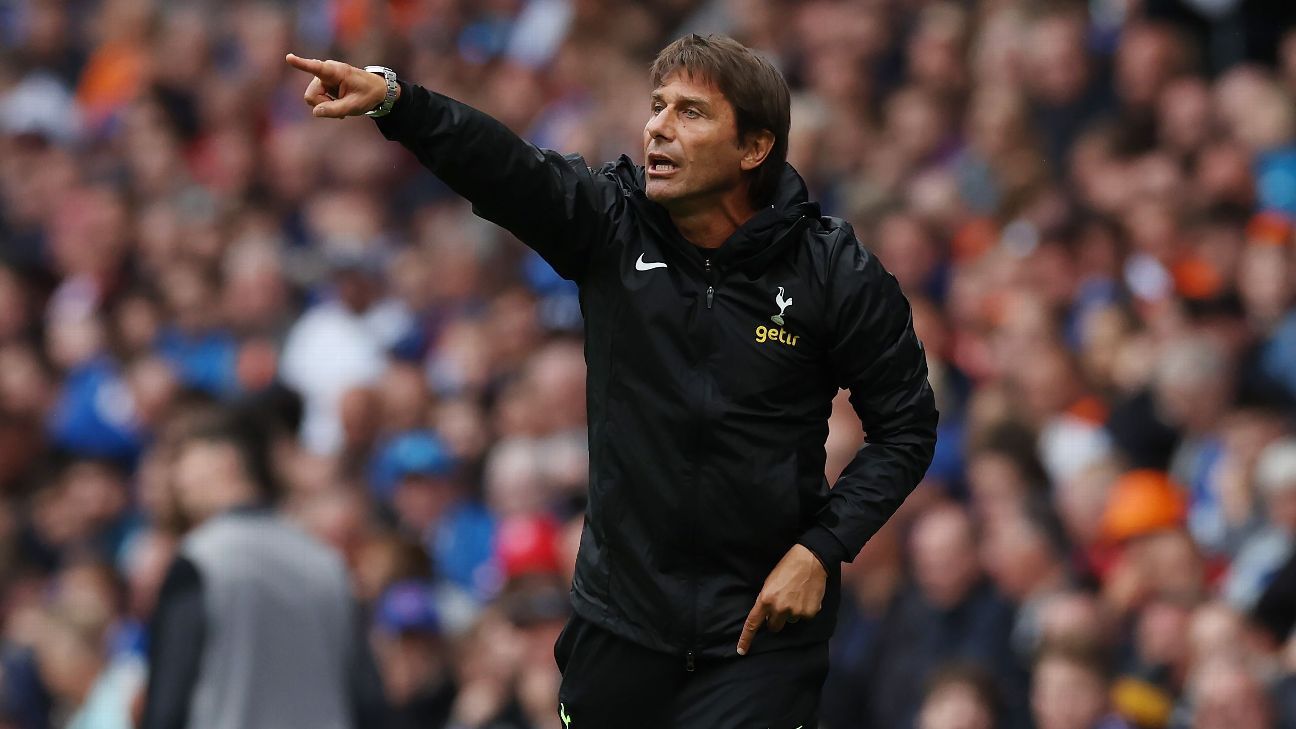 Antonio Conte said Tottenham are moving in the "right direction" after bringing in new players but used Manchester United's last summer window as a warning for those expecting a Premier League title challenge.

Spurs have signed six new players to date for around £100 million including Richarlison, Yves Bissouma and Ivan Perisic as they look to build on last season's fourth-placed finish in the Premier League.

Conte has previously insisted he only joined Spurs -- whose last top-flight title came in 1961 -- to challenge for the biggest prizes but said United's travails serve as a prime example of how difficult it is to get nearer to Liverpool and Manchester City.

When asked how Spurs could close the gap on the league's top two, Conte told a news conference on Thursday: "You forgot Chelsea and this is a big, big mistake. You are talking about a team that two seasons ago won the Champions League. It is a really big squad.

"Last season they won the World Cup for clubs. Why is Chelsea not in this group of top teams? For me, Chelsea is in this group. They want to stay there and deserve to be considered in this position.

"And then there is United. Football is not one, more one, [equals] two. United, last season, finish sixth despite a transfer market of [Jadon] Sancho, Cristiano Ronaldo and [Raphael] Varane. Two seasons ago they finished second.

"They did this transfer market to try to win the league and they finished sixth. You have to pay attention in my opinion to all of these situations. We know that in England it is difficult to fight to win but we want to try to be competitive, to try to improve on last season and this is our target.

"If you ask me about City, about Liverpool, my answer is that we are talking about two of the best clubs in the world, they are working with the same coach for seven years.

"Now they are in my opinion In a position that is very difficult for the others to close the gap but we have to do this. Also because [to catch] a City and Liverpool, you have to spend £100m for six players, they go and spend that for one player or two players £100m and this is the difference.

"You have to run behind and they stay in front of you but you know very well they deserve to stay there because they work very well to have the same coach and to back the coach, [Jurgen] Klopp, [Pep] Guardiola and [Thomas] Tuchel and they deserve this. To become a strong team you need to have stability and a vision. The idea has to be very clear and then you will see you go step by step and try to reduce this gap."

Spurs will be without Oliver Skipp (foot) and Richarlison (suspended) for Saturday's Premier League opener against Southampton.

More in this category: « Sources: Chelsea in talks for Auba, Sesko transfers Man United open Erik ten Hag era with home defeat to Brighton and familiar flaws on display »
back to top