Pep: I don't know if Bernardo will stay at City 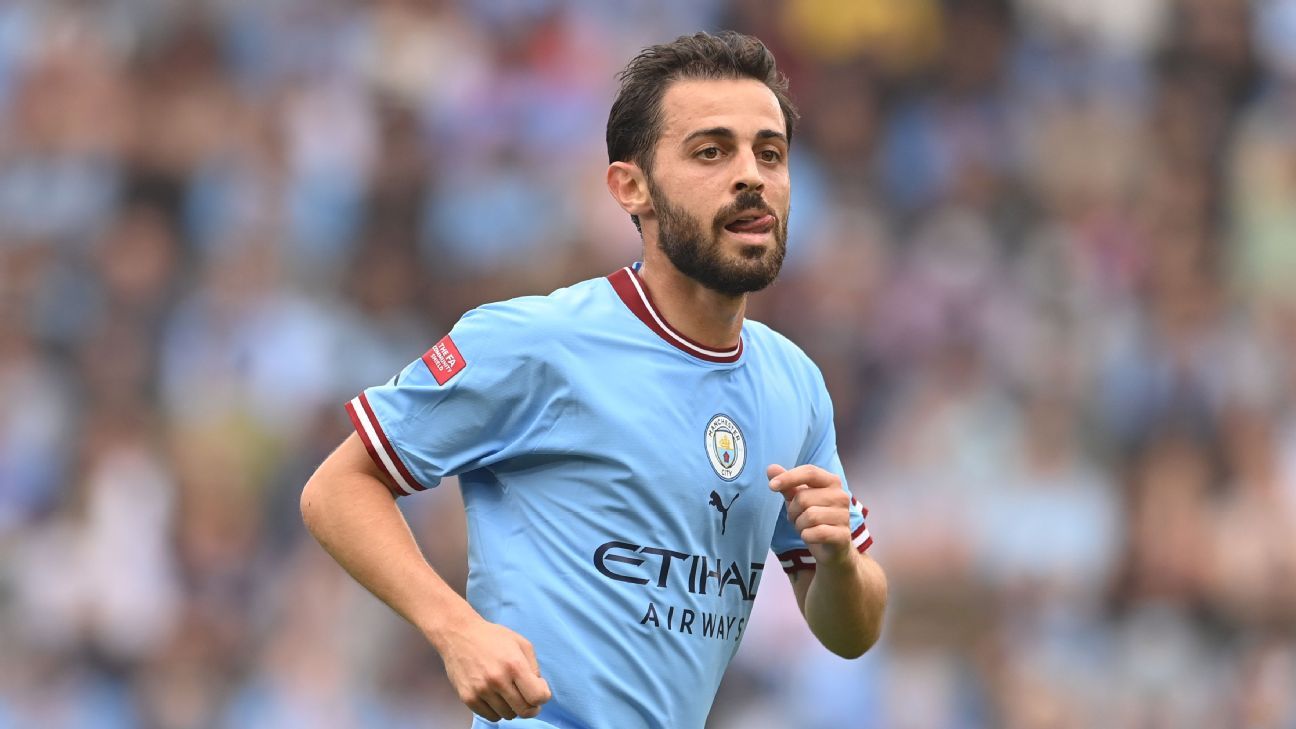 Manchester City manager Pep Guardiola has admitted he doesn't know if Bernardo Silva will stay at the club beyond the end of the transfer window.

Silva is wanted by Barcelona and although Guardiola insists he wants the Portugal midfielder to stay at the Etihad Stadium, he says he only wants to keep "happy" players.

City are yet to receive an offer for Silva but Guardiola is refusing to rule out his departure before the Sep. 1 deadline.

"The players' desire is the most important thing," Guardiola told a news conference on Friday.

"I want players to be happy. Of course I want Bernardo to be here but I don't know what is going to happen, honestly I don't know.

"What will happen will happen and if in the end he has to leave it's because football is like this and I won't be a person to stop the desires of the people.

"When you are a football player it is so short."

Despite the speculation surrounding his future, Guardiola says Silva is ready for City's opening game of the Premier League season against West Ham United on Sunday.

Erling Haaland will get his first taste of the Premier League at the London Stadium and, after taking criticism for his performance in the Community Shield defeat to Liverpool, Guardiola has been keen to take the pressure off the Norway striker.

Guardiola is preparing for his seventh season at City, already his longest stint as a manager at any club. The 51-year-old has a contract until next summer but said he is open to extending his deal before the end of the campaign.

"If they want it I would like to stay longer but at the same time I have to be sure.

"Sometimes when you force it it's not good, you have to relax, this will happen naturally."

More in this category: « Klopp rules out signings despite injuries Man United open Erik ten Hag era with home defeat to Brighton and familiar flaws on display »
back to top