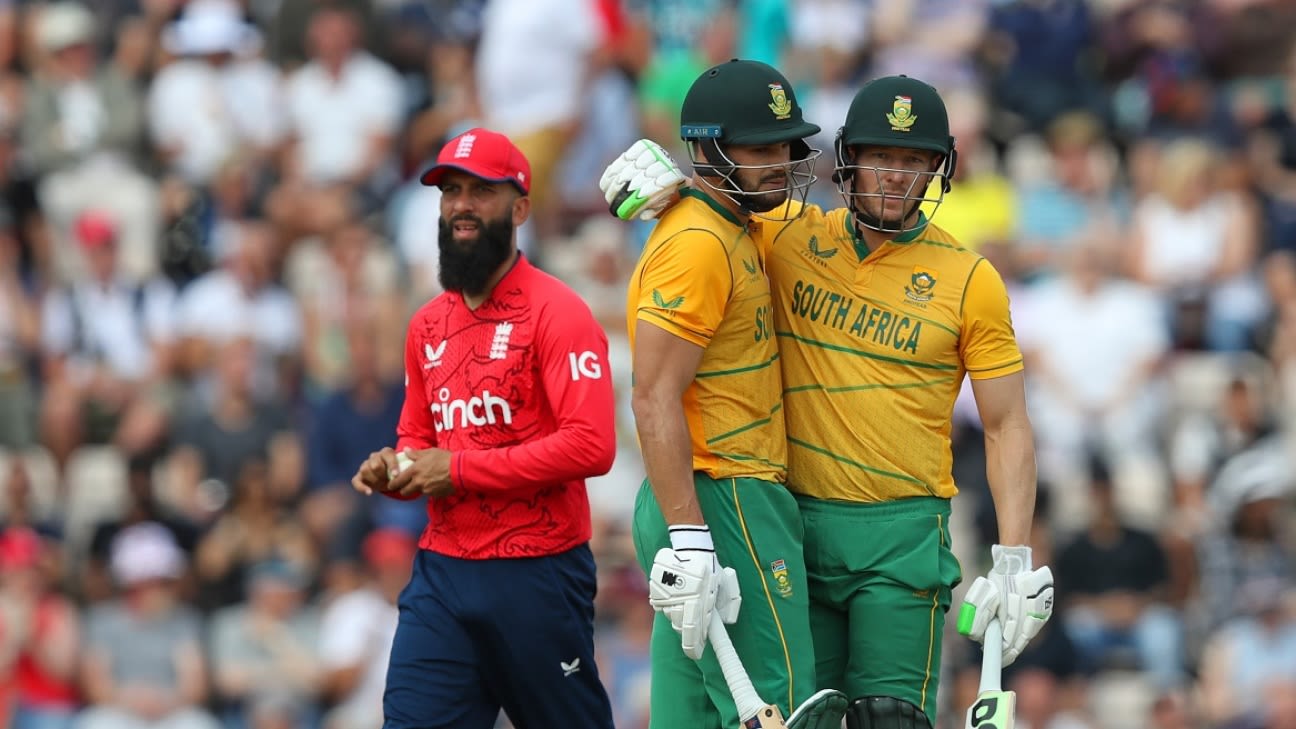 Andy Balbirnie has chosen to chase as Ireland look to level the series against South Africa. Some may call it a brave decision after South Africa scored their highest total against Ireland at the same venue two days ago but Ireland only fell 21 runs short and, after narrow defeats to India and New Zealand earlier in the summer, will want to prove they can beat a so-called bigger team. George Dockrell, for one, would find victory doubly memorable given he's playing his 100th T20I.
South Africa, meanwhile, welcomed back stand-in captain David Miller, who missed the series opener with lower back spasms. Miller replaced Tristan Stubbs, whose big-hitting earned him a Hundred deal and who has seemingly shown the selectors enough ahead of the T20 World Cup.

With this game taking place on the same pitch, South Africa made no other changes to their winning combination from Wednesday. Wayne Parnell and Dwaine Pretorius both kept their spots ahead of Andile Phehlukwayo. Marco Jansen and Anrich Nortje remain on the sidelines as well. Keshav Maharaj, who led in the first match, and Tabraiz Shamsi make up the specialist spin component with Aiden Markram's offbreaks a sixth bowling option. There was no room for Marco Jansen or Anrich Nortje. Ireland are unchanged from the XI that lost to South Africa on Wednesday.

This is South Africa's last T20I before they will need to finalise their World Cup squad, which will go to India for a three-match series in September. Ireland host Afghanistan for a five-match series later this month which will help them fine-tune their combinations.