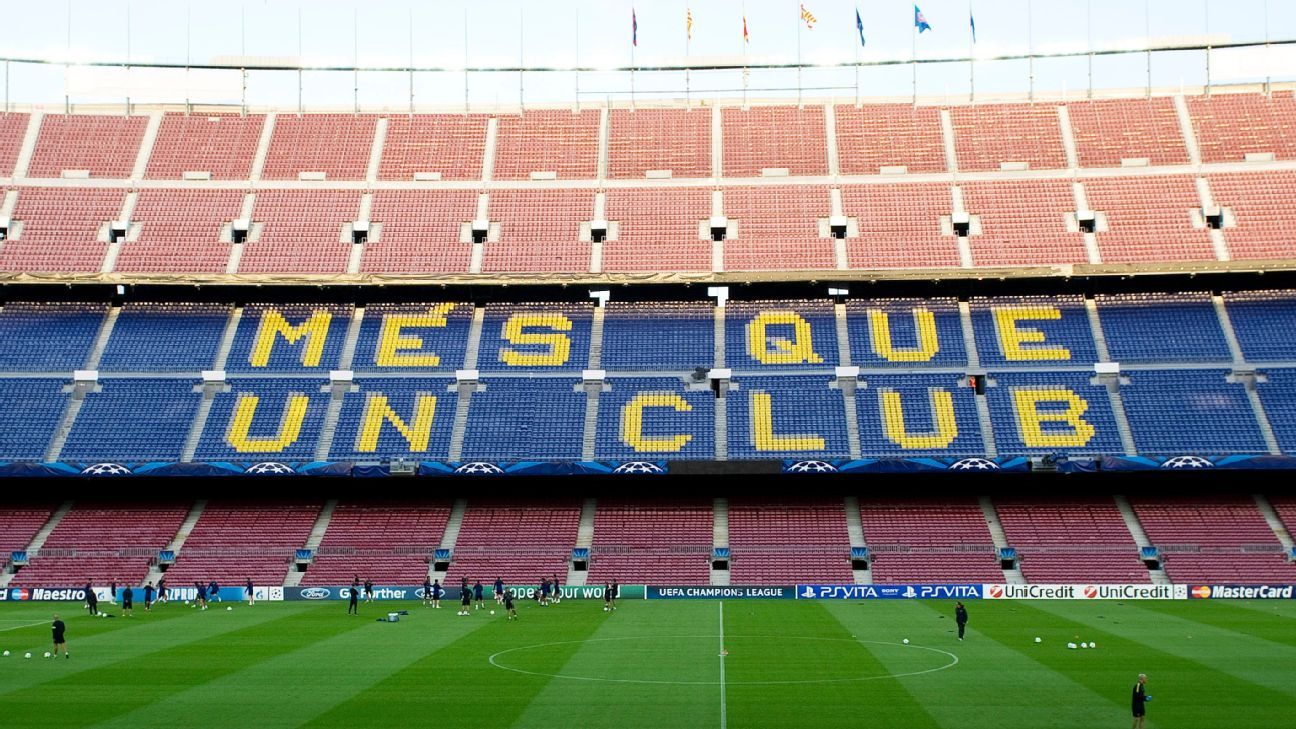 Barcelona face a race against time to be able to register all of their new signings for the start of LaLiga next weekend, sources have told ESPN.

LaLiga informed Barca this week they will need to pull a fourth financial lever if they want to have everyone available to face Rayo Vallecano at Camp Nou on Aug. 13.

Barca have spent over €150 million this summer on Robert Lewandowski, Raphinha and Jules Kounde, while Andreas Christensen and Franck Kessie have arrived on free transfers.

Meanwhile, Ousmane Dembele and Sergi Roberto signed new contracts with the club, but none of the aforementioned seven deals have yet been registered with LaLiga and as yet, the players are unable to play.

Barca have so far this summer executed three operations dubbed financial levers by the president Joan Laporta. They sold 25% of their domestic television rights for 25 years in two separate deals to the investment firm Sixth Street for over €500m.

They then sold €24.5% of their in-house production company Barca Studios to Socios.com for around €100m, which club sources told ESPN they believed would allow them to register all of their summer activity.

However, after reviewing the documentation for the signings, contract renewals and the financial levers, LaLiga communicated to Barca that they are not yet able to inscribe all seven players.

Sources confirmed Barca are now able to register some of them -- which would depend on the combination and cost of the players -- but the Catalan club would prefer to register everyone at the same time, if possible.

A source confirmed to ESPN that Barca's financial team have known for several days now that a fourth financial lever is required. The club hope to sell another 24.5% of Barca Studios in the coming days.

Further work is also required to trim the wage bill, too. That will start with goalkeeper Neto's move to Bournemouth, while Samuel Umtiti and Martin Braithwaite have also been told to find new clubs.

There also continues to be uncertainty around the futures of Miralem Pjanic, Frenkie de Jong, Memphis Depay and even Pierre-Emerick Aubameyang, who is drawing interest from Chelsea.

If De Jong stays, the club would like him to take a wage cut, while other reports suggest Gerard Pique and Sergio Busquets may also be asked to take a further hit to their salaries having done the same last year.

Each Spanish club is assigned a spending limit, which includes outgoings on wages plus the amortisation of transfer fees. Barca ended last season with a cap of -€144m, the only negative limit in LaLiga.

The cap is, in basic terms, the result of the club's revenue minus its operational costs and debt repayments for the upcoming season.

Barca's soaring debt -- gross debt remains over €1 billion -- has seen their cap fall from €600m a couple of seasons ago to -€144m at the end of 2021-22, making the financial levers essential to be able to invest in the squad this summer.

More in this category: « Suarez had long planned Nacional return, yet homecoming is still surreal Man United open Erik ten Hag era with home defeat to Brighton and familiar flaws on display »
back to top