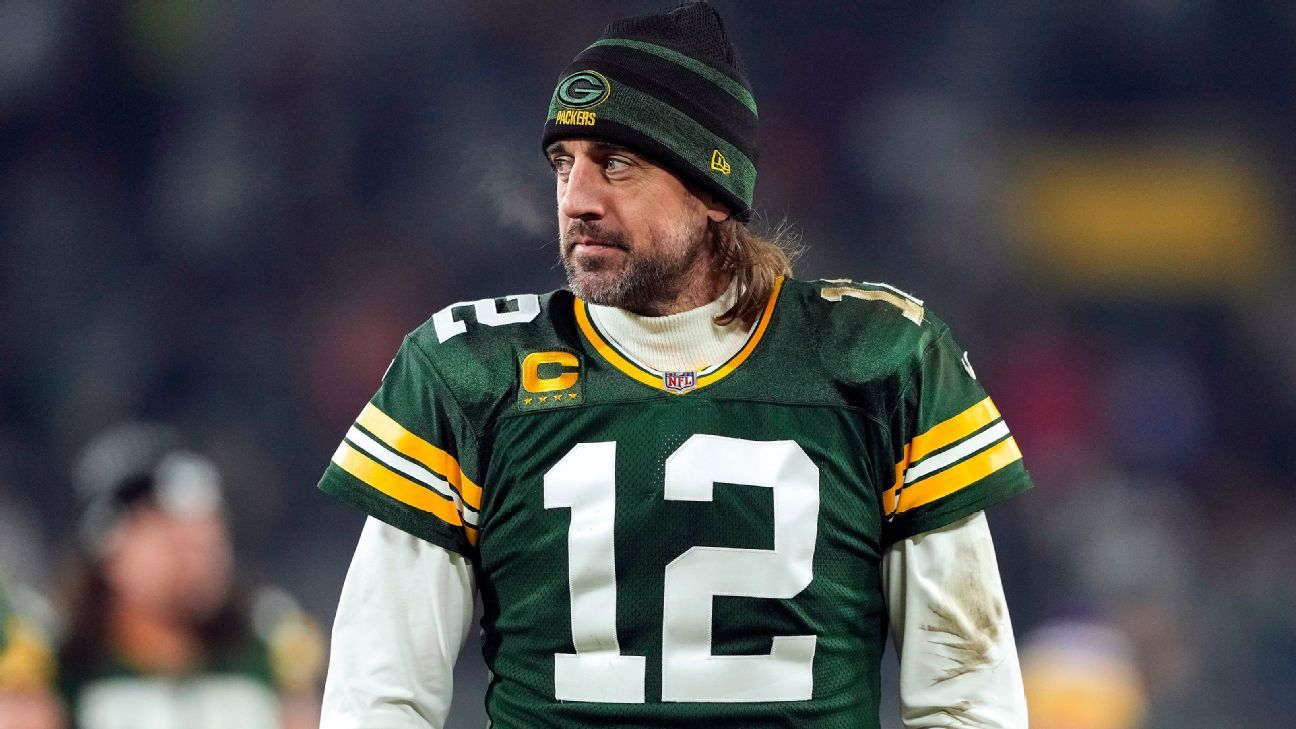 For the first time since losing Davante Adams in free agency this offseason, Rodgers expressed frustration with the group.

"The young guys, especially young receivers, we've got to be way more consistent," Rodgers said. "A lot of drops, a lot of bad route decisions, running the wrong route. We've got to get better in that area."

The frustration wasn't directed at Allen Lazard, who Rodgers believes is a legitimate No. 1. Nor was it pointed at Randall Cobb, who Rodgers called one of the premier slot receivers in the league, or free agent pickup Sammy Watkins, who Rodgers said had his best day.

Rodgers' tolerance with the others, though, appeared to have waned following Tuesday's penalty-filled practice against the New Orleans Saints that also included a drop by Romeo Doubs on what Rodgers called his best throw of the day.

"It's coming up," Rodgers said of the regular season. "Yeah, it's coming up. It really is. We're going to play our best guys when the season starts. And whoever those guys are, those guys are going to get the reps. It's the guys I trust the most and the guys the coaches trust the most. A lot of it is just the simple responsibility in the offense. Way before body positioning and movement and throw, and all that stuff, are you in the right spot at the right time? Are you running the right route?"

As productive as Doubs has been, making repeated tough catches in practice and a 33-yard touchdown against the 49ers, the fourth-round draft pick also has been plagued by drops, including two in the preseason opener. He let one slip through his hands Tuesday after he beat Saints cornerback Bradley Roby deep down the right sideline.

When asked whether he was talking about that play as part of his criticism, Rodgers said: "No, not necessarily, but that was my best throw of the day."

Rodgers, however, didn't hesitate to absolve Love of responsibility for his interceptions against the 49ers, referring to the first one to tight end Tyler Davis as a dropped pass, the second as "not a great route, not a great finish by Romeo" and the third to Amari Rodgers as "a contested ball [to] a guy who's running the wrong route."

Rodgers and the No. 1 offense had little success against the Saints' defensive starters on Tuesday. However, they did manage a game-winning field goal in their only two-minute drill of practice.

"The offense is growing," Lazard said after practice. "It's coming along and everything. We had a lot of false starts, a lot of missed signals and stuff like that today, which is not the standard that we've had, especially in recent history. So I think there's a lot to improve on from that standpoint. But overall, I thought we did well."

There will be more options for Rodgers.

Christian Watson -- the highest-drafted receiver by the Packers in 20 years (34th overall) -- has yet to take part in full-speed, 11-on-11 practices. He was activated off the physically unable to perform list Sunday following offseason knee surgery and will have to play catch-up to get on the same page with Rodgers.

Tight end Robert Tonyan, who is coming of a torn ACL, also was activated off PUP on Sunday but hasn't been cleared for full-team drills. The same goes for offensive lineman Elgton Jenkins (ACL), who could be the new starting right tackle.

"Christian, he's going to be a work in progress," Rodgers said. "It's good to see him out there, good to get him through the walk-throughs. I told him I'm going to be testing him every single day in the reps that he's in there to try and get him thinking about the right stuff when he's out there, and then Bobby is itching to go. So it's encouraging because -- what do we got, four weeks till first game or so -- I think all of them might have a legitimate opportunity to play."

More in this category: « Insight from NFL team reporters: Believe the buzz on Saquon Barkley, Brandon Aiyuk, George Pickens? How to watch the Tour Championship on ESPN+ »
back to top