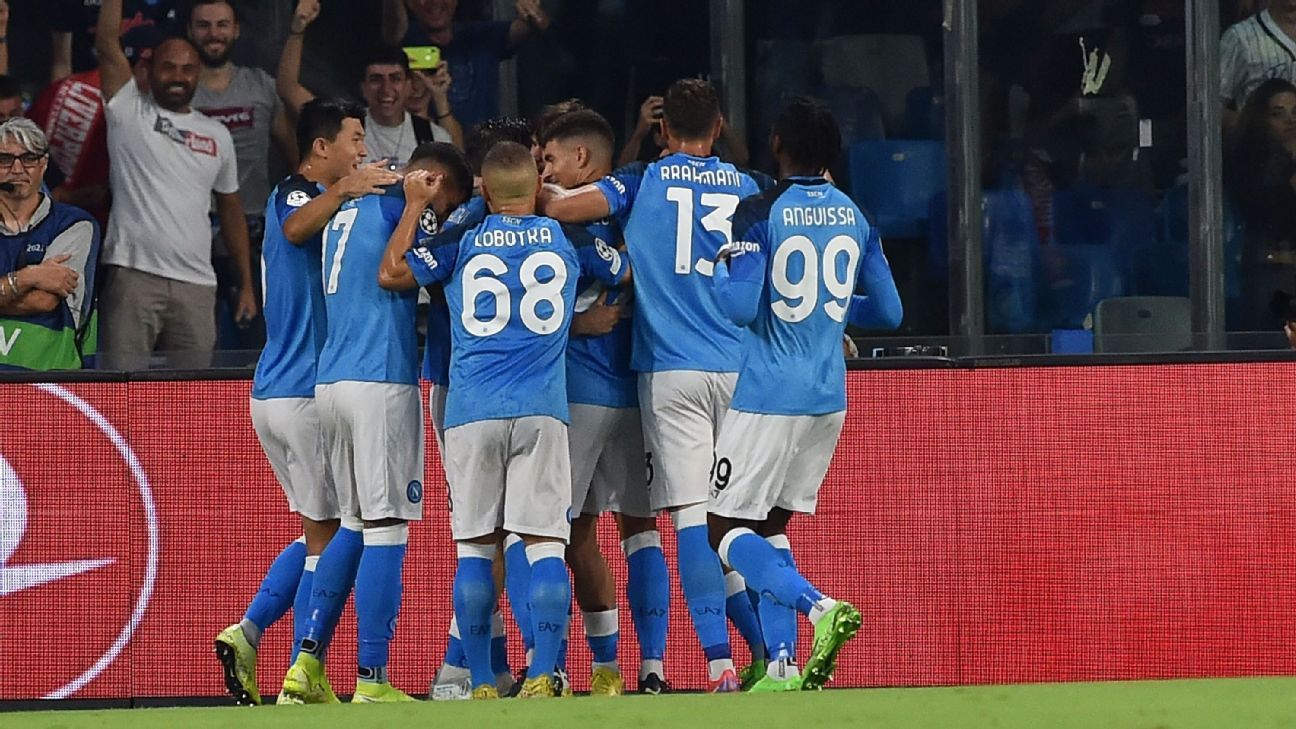 Liverpool were rocked by a dominant Napoli as the Premier League side fell to a 4-1 defeat in the Champions League group stage on Tuesday.

The 2021-22 Champions League runners-up have struggled to maintain their usual commanding form in domestic football this season and their struggles continued in Naples, they found themselves 3-0 down by half-time and Luis Diaz's 49th-minute goal was a mere consolation on a torrid night for Jurgen Klopp's side.

The slow-starting Liverpool fell behind just five minutes in. Napoli were awarded a penalty after Matteo Politano's shot hit the hand of James Milner, Piotr Zielinski converted to give the hosts an early lead.

And Luciano Spalletti's side should've doubled their lead 13 minutes later. After a VAR check, Virgil van Dijk was adjudged to have brought down Victor Osimhen illegally in the box and the Serie A side had another spot kick. Bizarrely, goalscorer Zielinski was not recalled to take the penalty and Osimhen saw his effort from 12 yards saved by Alisson.

Napoli's frantic tempo and claustrophobic pressing was causing a host of issues for Jurgen Klopp's side, and the Italian team came agonisingly close to putting daylight between themselves and Liverpool when Osimhen pinched the ball from Joe Gomez and squared to Khvicha Kvaratskhelia whose effort was cleared off the line by Van Dijk.

But Napoli weren't to be denied their second for long. Liverpool's defence was sliced open by Zielinski's probing pass, and Andre-Frank Zambo Anguissa squeezed a shot past Alisson at the near post 31 minutes in.

Liverpool's horror show only got worse when they found themselves 3-0 down a minute before half-time. Typical of the evening's proceedings, the energetic Kvaratskhelia harried Trent Alexander-Arnold, winning the ball with ease in the box before squaring to Giovanni Simeone who scored his first goal for Napoli.

Half-time offered Liverpool the chance to recuperate but the interval didn't halt the momentum of the affair, as Napoli continued the onslaught by scoring a fourth just two minutes after the break. Zielinkski added to his tally by dinking over Alisson at the second attempt after yet another easy opening.

Liverpool did get a goal back immediately as Diaz curled a fantastic finish into the far corner from outside the box -- the Colombia forward displaying the first real piece of quality on the evening for Klopp's side.

Klopp made three substitutions just past the hour mark, including summer signing Darwin Nunez, but they brought no salvation to Liverpool's tough night in Naples as the hosts comfortably saw out their three-goal cushion.

More in this category: « Chelsea sack Tuchel but will they come to regret it? Haaland acrobatic winner sinks Dortmund in UCL »
back to top