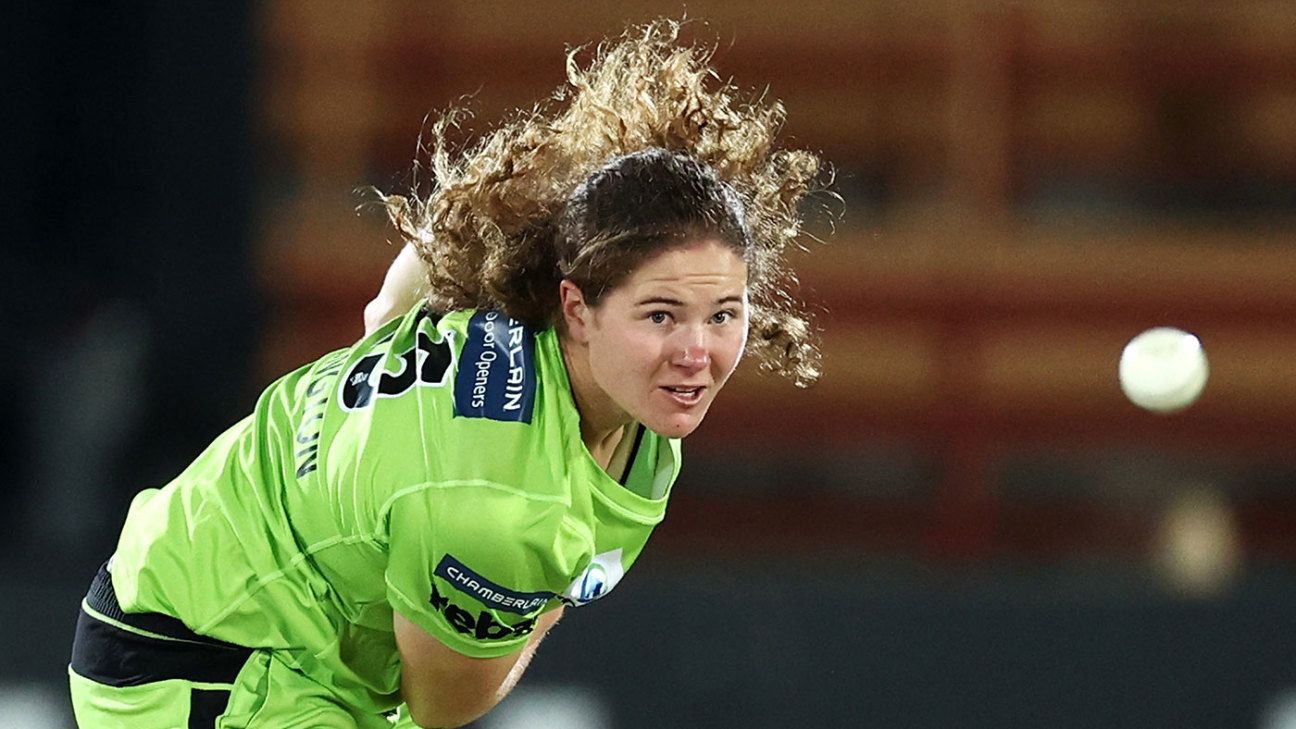 Pace bowler Hannah Darlington will miss the first part of the WNCL and WBBL tournaments after suffering a knee injury late in pre-season training.

She will undergo surgery on the meniscus on her left knee on Monday and is aiming to return in the latter part of the WBBL with Sydney Thunder which runs until late November.

Darlington, who has played two ODIs and two T20Is, picked up the injury training in Canberra while attending the National Leadership Forum.

"It was genuinely a freak accident actually," she told news.com.au. "Just had a little bit of a fall while bowling, didn't actually hit the ground…in quite a lot of pain straight away. I knew something was wrong - I tried to walk it off and couldn't walk."

Darlington captained Sydney Thunder last season in the absence of Rachael Haynes. She was initially a reserve in the ODI World Cup squad but withdrew to manage her mental health.

The injury means Darlington's first opportunity in the 50-over WNCL with New South Wales will likely come shortly before Christmas when the competition resumes after the WBBL.

New South Wales are currently without three bowlers who would push for the first-choice XI with Stella Campbell and Lauren Cheatle also sidelined.

More in this category: « Australia stars to light up start of expanded WNCL Bangladesh bowl first with Nurul leading in Shakib's absence »
back to top