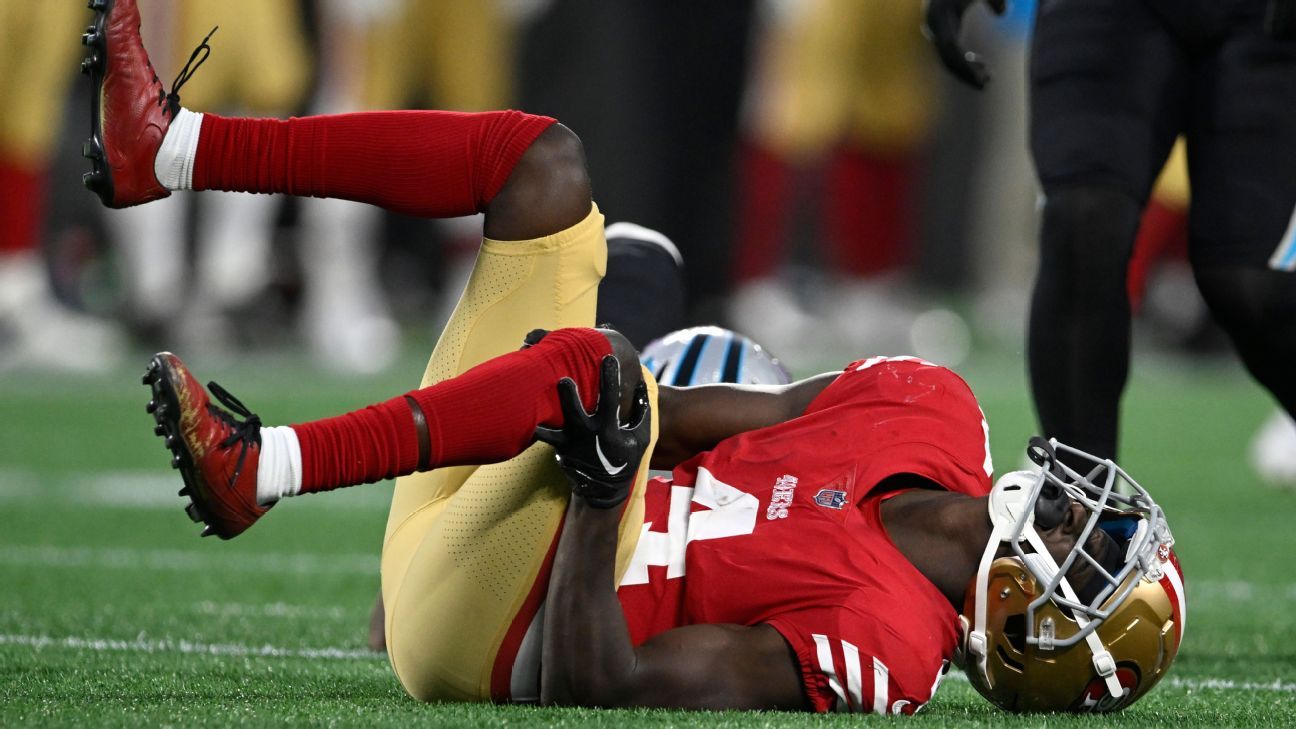 Moseley will have season-ending surgery to repair the knee that he injured in Sunday's 37-15 win over the Carolina Panthers.

Moseley had an interception return for a touchdown and two pass breakups before his injury.

He had emerged as one of the better corners in the league through the first four-plus weeks and looked poised to cash in as an unrestricted free agent in the offseason.

Instead, the Niners will have to turn to one in a group that includes Deommodore Lenoir, Ambry Thomas or Samuel Womack III to step into his role.

One other possibility is Jason Verrett. He opened his practice window to return from the physically unable to perform list last week, and though it might still be a bit before he can take on such a big role, he's nearing a return from a torn ACL suffered last year.

Information from ESPN's Nick Wagoner was used in this report.

More in this category: « Panthers fire head coach Rhule after 1-4 start Messi: Argentina have finally arrived at WC »
back to top