Kawhi off bench for Clippers in opener vs. Lakers 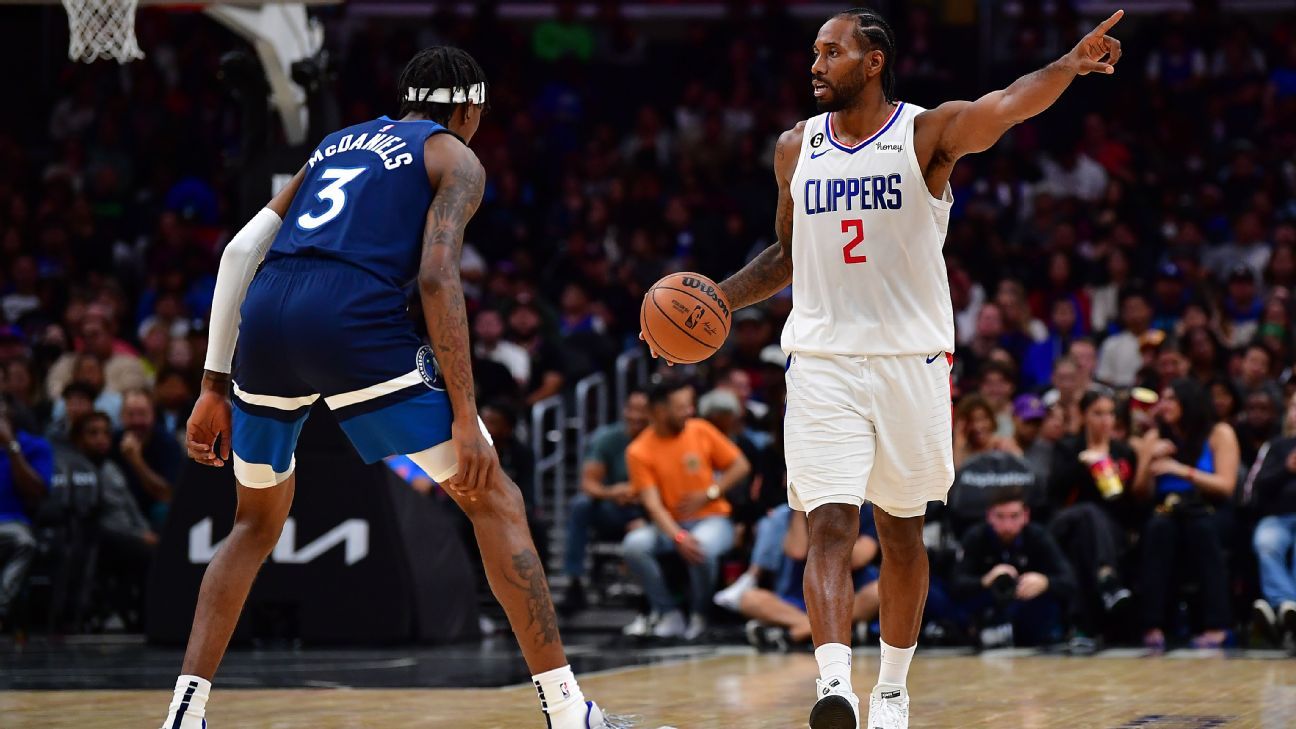 LOS ANGELES -- Kawhi Leonard's return will start with him coming off the bench for the LA Clippers in their opener Thursday night against the host Los Angeles Lakers.

Clippers coach Ty Lue said the decision to bring Leonard off the bench while on a minutes restriction was a collaborative decision between the star and the team's medical staff -- one that was primarily based on how Leonard is feeling.

Lue also said the decision was about how the Clippers want to spread out Leonard's limited minutes to start the season.

Asked if this was Leonard's idea, Lue said, "how he feels, yes."

Lue also revealed that Reggie Jackson will start at point guard while John Wall, who sat out all of last season with the Houston Rockets, will run the second unit.

Leonard hasn't played in a meaningful game since tearing his right ACL in Game 4 of the second round against the Utah Jazz on June 14, 2021. He played limited minutes in two of the four Clippers' preseason games. Lue said the decision was not based on any setbacks to Leonard's return.

"Good," Leonard said on Wednesday when asked how he physically came out of the preseason. "I still feel good. Moving in the right direction. Really haven't been no flare-ups or setbacks, so I feel good."

This is Leonard's first game coming off the bench since his third season with the San Antonio Spurs in 2013-14 when he played as a reserve on Nov. 10 at the New York Knicks.

Leonard said that he does not play any 5-on-5 basketball during the offseason and that he typically doesn't do so until training camp. Coming off his ACL injury, Leonard said he pretty much spent 12 to 13 months in the gym working out and adding more muscle.

Lue said the Clippers scrimmaged "about two or three" times with Leonard coming off the bench over the past week.

"We had a chance to bring him off the bench, start him, see how he looks and feels," Lue said. "This is what he felt comfortable with and obviously what we are going to go with."

Lue said this could be a very short-lived idea. It will all be based on how Leonard feels moving forward.