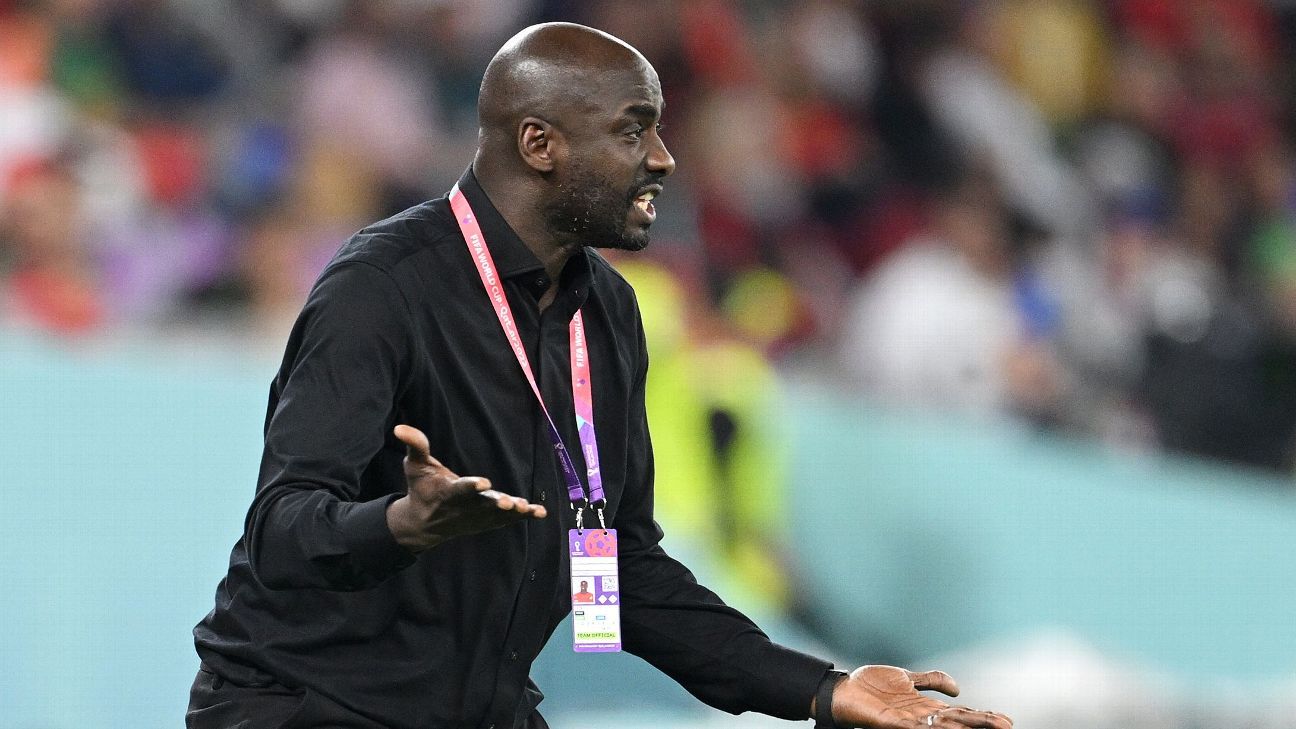 LUSAIL, Qatar -- Ghana coach Otto Addo criticized the American referee who awarded the penalty that resulted in Cristiano Ronaldo's record goal at the World Cup on Thursday, calling it "a special gift.''

Ronaldo won and converted the second-half penalty, making him the first male player to score in five World Cups. Portugal went on to beat Ghana 3-2.

"If somebody scores a goal, congratulations," Addo said. "But this was really a gift. Really a gift. What more can I say? [It was] a special gift from the referee.''

Addo's criticism of American referee Ismail Elfath was so direct that it could put him into trouble with FIFA.

When asked what he thought was the reason for Ghana's narrow defeat, Addo responded: "The referee.''

Addo felt Ghana defender Mohammed Salisu didn't foul Ronaldo for the penalty, and he complained that the officials didn't use VAR to make sure. Salisu's thigh appeared to make slight contact with Ronaldo's leg before the Portugal captain went sprawling to the ground.

The 37-year-old Ronaldo, who was starting what's expected to be his last World Cup, converted the penalty for his piece of history.

"I think it was really the wrong decision,'' Addo said. "I don't know why VAR didn't come up. There's no explanation for me. And then it's difficult against a world-class team when they are leading.''

Addo is a 47-year-old former Ghana player who is in his first international coaching job and at his first World Cup. He said he even tried to meet with Elfath after the game to ask him about the incident. Addo also complained that Elfath had missed numerous fouls on his players.

"I tried," Addo said. "I asked some people outside with FIFA if I can talk with the referee in a calm and quiet way but they said he's in a meeting and it's not possible.''

More in this category: « Colts' Irsay to critics: Reich firing 'not personal' Messi: Argentina have finally arrived at WC »
back to top