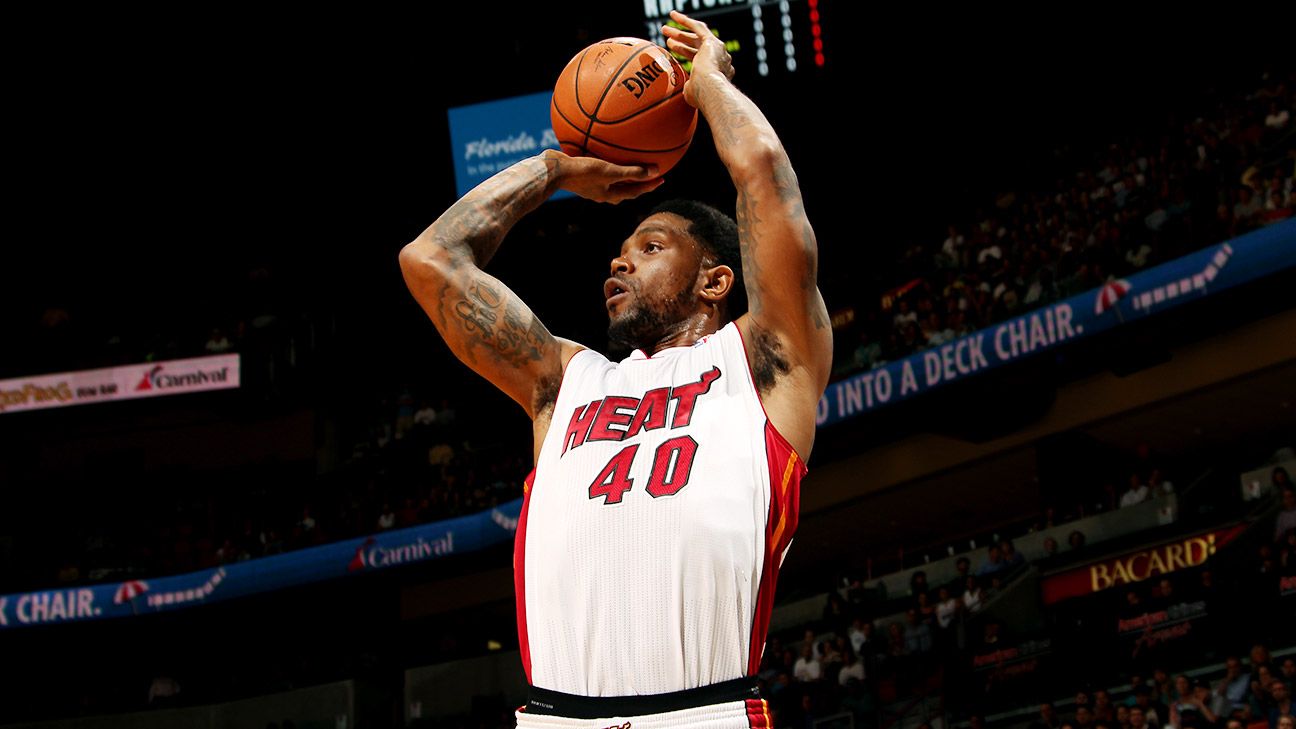 Miami Heat veteran Udonis Haslem delivered food to two area hospitals and a fire station Wednesday that he said he holds a personal connection to, including one that helped save his life.

Haslem said he wanted to give back to the first responders in the coronavirus pandemic at the hospital in which the Miami native was born, the hospital that helped save his life when he had blood clots in 2010, and the fire station next to the community college where his father played semi pro basketball.

"Everybody knows that I had a run in with blood clots years ago, could have lost my life," the power forward said, according to the South Florida Sun Sentinel, during a visit to Memorial Hospital West. "Blood clot was on the way to my heart, and once it gets to your heart, if anybody knows about the medical side of things, that's it. So I was close to losing my life, came here, they got me back. And they pretty much saved my life.

I don't just talk about it. I'm always gonna show love to my city. Took the afternoon to give thanks to some of our first responders over at North Shore Medical Center, #OpaLocka @miamidadefirerescue Fire Station 26 and @mhshospital West with some food from @800degreesmiami. We appreciate everything yall are doing to help during this time. Shoutout to the real heroes. Fun fact!!! I was born in North Shore Hospital. My Pops played semi pro ball at Miami Dade Community College located right next to Fire Station 26. I use to run the scores clock for his games. Lol . And last but not least Memorial West Hospital took care me when my life could've been cut short due to Blood Clots. Literally the clot had damaged my lung and was making its way to my heart..... Forever grateful to all these people and the many around the world... #og @wardwear?

"I'm here showing appreciation for these people that are doing so much work behind the scenes," Haslem said. "I'm sitting at home. I'm keeping up with the current events. I'm watching the news. I just have to give credit to the medical staff and the people that's just doing so much work behind the scenes, tirelessly. And they're making it look easy. They're the true heroes. We're just basketball players.

"Not only the food was made with love, but the way we feel about these people, we appreciate them."

This season was Haslem's 17th with the Heat and in the NBA. He joined five other players in league history to have played 17 seasons or more with one franchise.

Haslem, 39, was careful to maintain social distance during the visits and took other precautions that have become commonplace during the coronavirus pandemic.

"I'll be back without a mask and without gloves when this is all over to shake everybody's hand," he said.