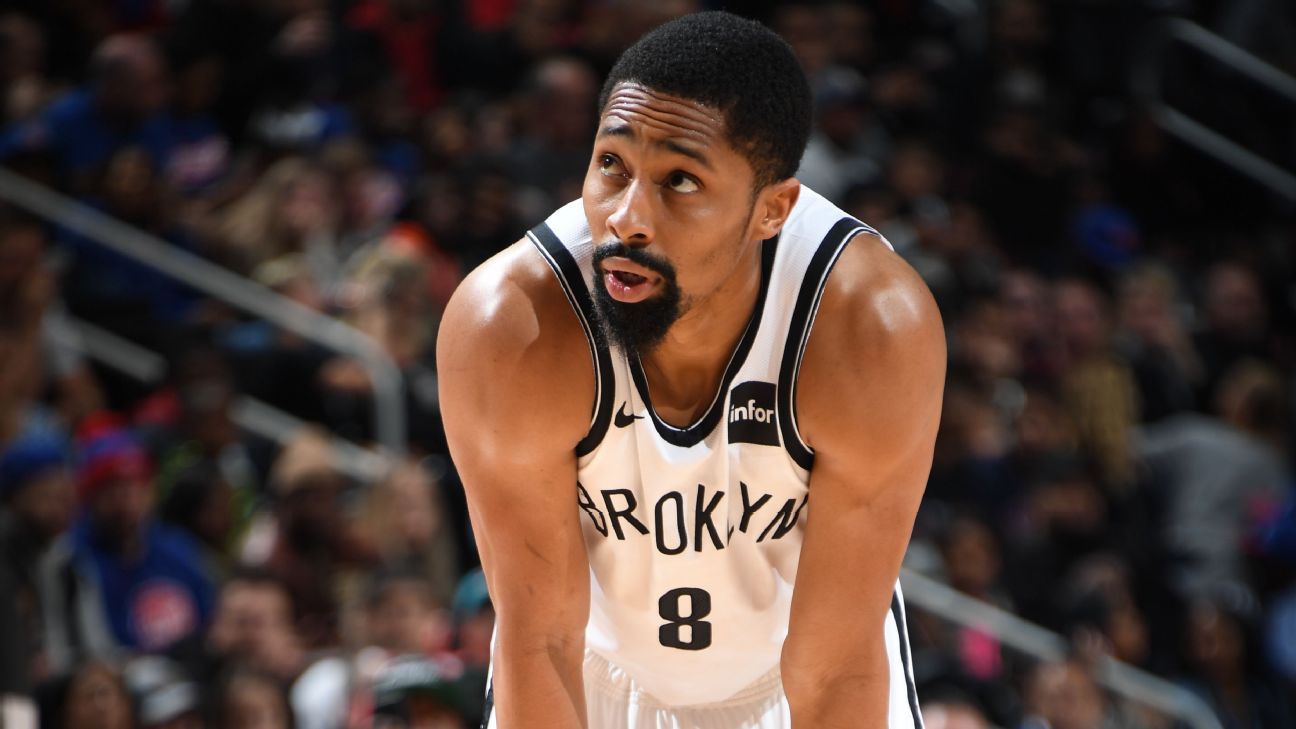 Brooklyn Nets star Spencer Dinwiddie has been diagnosed with coronavirus and is not sure he will be able to participate when the season resumes, he told The Athletic on Monday.

"Over the past few months, I have been diligent about protecting myself and others from COVID-19 by following all designated protocol and quarantining," Dinwiddie said in a statement. "I was ready and prepared to rejoin my teammates. ... I flew private to return to New York, passed multiple COVID-19 tests over my first several days in New York and was able to participate in a couple practices within the first week.

"Originally, we were supposed to be one of the teams to enter into the Orlando bubble early, but training camp got switched back to New York and unfortunately I am now positive. Given that I have experienced symptoms, including fever and chest tightness, it is unclear on whether or not I'll be able to participate in Orlando."

Dinwiddie says he will remain quarantined and re-evaluate after 14 days.

The guard averaged 20.6 points, 6.8 assists and 3.5 rebounds for the 30-34 Nets, who were in 7th place in the East when the season was suspended. The Nets are one of the 22 NBA teams scheduled to resume games on July 30 in Orlando, Florida.

They will be without forward Wilson Chandler, who informed the team that he is opting out of playing, he told ESPN's Malika Andrews on Sunday.