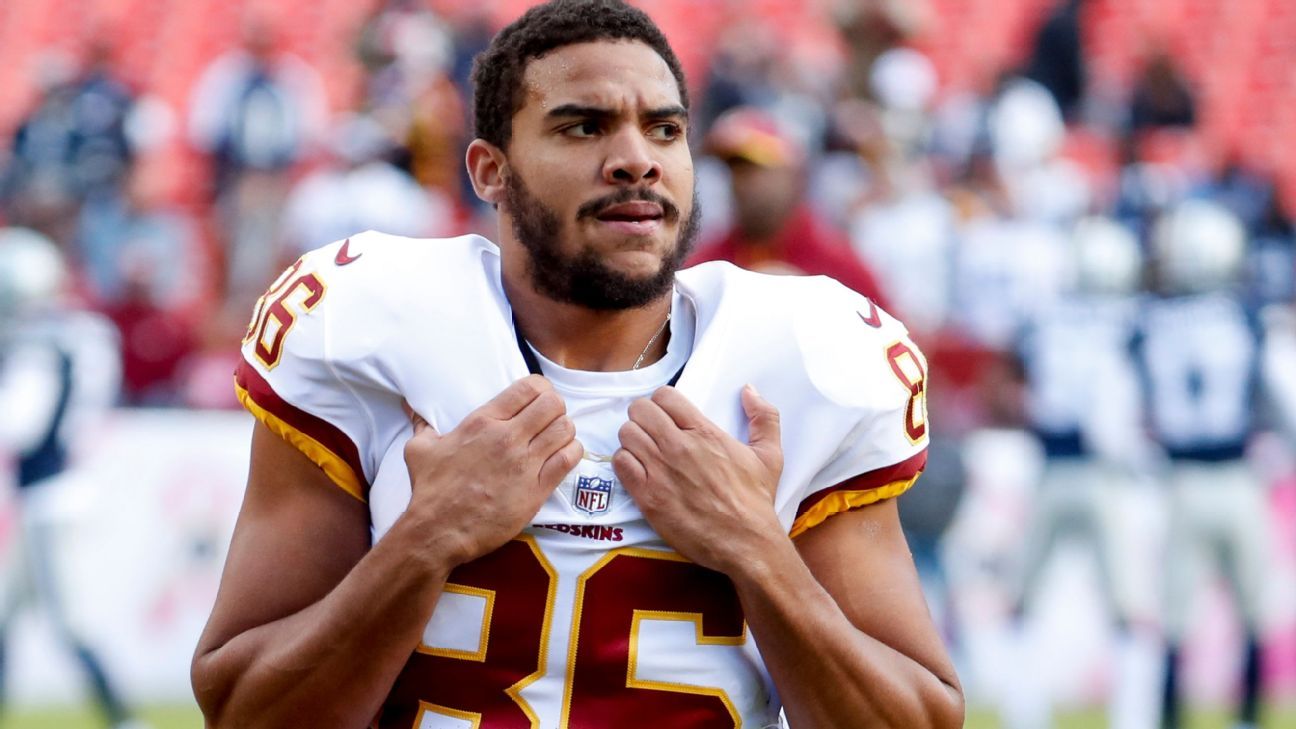 When healthy, Reed scared opposing defenses because of his quickness to beat one-on-one matchups with linebackers and his size (6-foot-2, 242 pounds) to beat safeties. It's why, in 2015, Reed caught 87 passes for 952 yards and 11 touchdowns and was a key reason Washington won the NFC East. He made his lone Pro Bowl appearance after the following season.

But injuries limited Reed throughout his career, as he never played in more than 14 games in a season and three times played in 10 or fewer. He suffered at least seven documented concussions and dealt with soft-tissue injuries as well as knee and toe issues. Fractures in his big toes led to him needing surgery and affected his game over multiple seasons.

In 2019, Reed looked to have regained his game with a strong training camp. Reed said at the time he felt he was back to his old self, and numerous teammates and coaches agreed.

However, in the third preseason game, Atlanta safety Keanu Neal drilled Reed on a pass that resulted in the tight end having another concussion. Neal was fined $28,075 for the hit. Reed tried to return but never played in a game that season and signed with the 49ers in the offseason.

Reed entered the University of Florida as a quarterback but moved to tight end after one season. He played well enough for Washington to draft him in the third round in 2013.

More in this category: « Steelers give Tomlin 3-year contract extension Source: QBs Kelly, Benkert to try out for Packers »
back to top