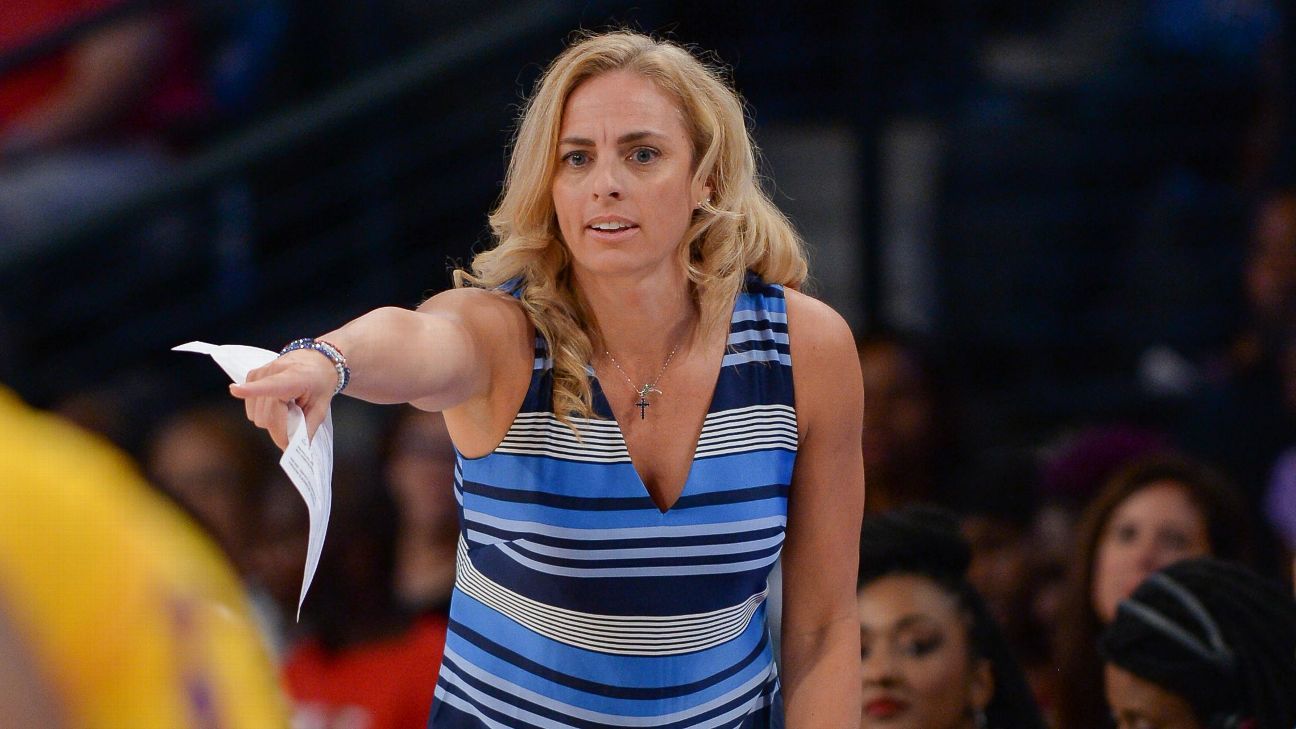 Atlanta Dream coach Nicki Collen is leaving the WNBA to take over as coach of the Baylor women's basketball team, the school announced Monday.

She replaces Kim Mulkey, who left last week to become LSU's coach. Current Atlanta assistant Mike Petersen takes over as interim head coach of the Dream, who begin their season on May 14.

Collen became the Dream's head coach prior to the 2018 season and went 38-52 in her three years with Atlanta. Her best season was her first, when the Dream finished 23-11 in 2018 and advanced to the WNBA semifinals.

"We are grateful to Nicki Collen for her hard work coaching the Dream over the past three years. We wish her great success at Baylor University," the Dream said in a statement. "At this time, we are thrilled to announce the promotion of Mike Petersen from assistant coach to interim head coach, who will work closely with assistant coach Darius Taylor. They are invaluable members of the Atlanta Dream family, and we look forward to their leadership of the team this season."

Prior to her time with the Dream, Collen was an assistant for two WNBA seasons with the Connecticut Sun.

Baylor rising senior NaLyssa Smith, the 2021 Wade Trophy winner and No. 1 on ESPN.com's list of its top 25 players for next season, tweeted in response to Collen's hiring: "Time to get to work!"

Collen is scheduled to address the media on Tuesday.

The Dream went 7-15 last year during the WNBA's season in the bubble in Bradenton, Florida. It was a challenging time for Atlanta, with players in disagreement with then-Dream co-owner and U.S. Sen. Kelly Loeffler over multiple issues, including her comments on the WNBA's support of the Black Lives Matter movement.

Dream center Kalani Brown, a Baylor alum who was a key part of the Lady Bears' 2019 title team, reacted to Monday's news on Twitter, "Ya'll blowing me up... Please I'm just as shocked as ya'll."

Petersen joined the Dream's staff shortly after Collen was hired in late 2017. He previously was a head coach and an assistant at the college level for many years for women's and men's basketball. That included eight seasons leading the Wake Forest women's program. He also has been head coach for the Gonzaga, New Mexico State, TCU and North Texas women's programs, and an assistant with the Oregon women's team and Minnesota men's team.

More in this category: « Three-time Indy 500 winner Bobby Unser dies Source: QBs Kelly, Benkert to try out for Packers »
back to top