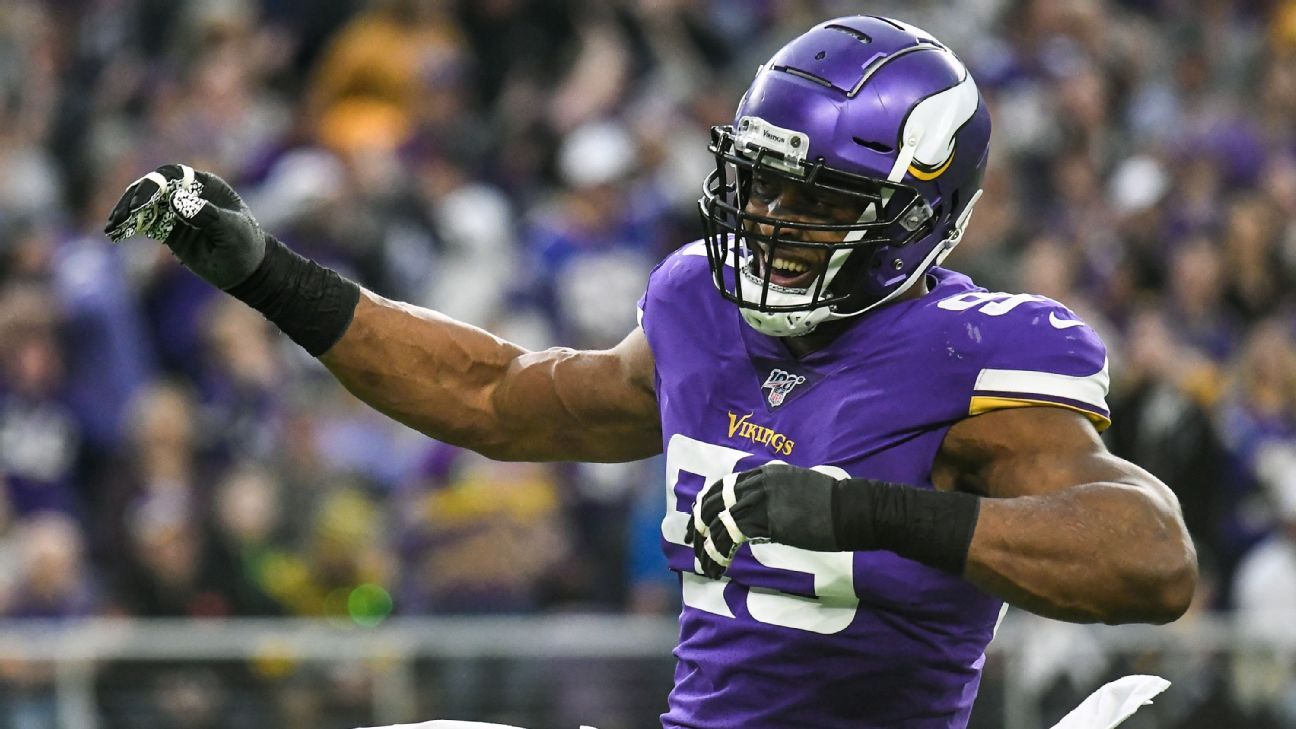 MINNEAPOLIS -- The Minnesota Vikings expect to have defensive end Danielle Hunter back in the fold this week during mandatory minicamp, a source told ESPN, after the Pro Bowl defensive end missed the team's entire voluntary offseason program.

Hunter, 26, sat out the 2020 season with a herniated disk which required surgery last October. At the time of his surgery, it was reported that the defensive end was unhappy with the state of his contract and wanted a reworked deal ahead of the 2021 season.

NFL Network, which first reported Hunter planned to attend minicamp, is reporting that the Vikings and Hunter have agreed to terms on a reworked deal that will give the defensive end $5.6 million of the $12.75 million he is set to make in 2021 as a signing bonus. Hunter now has an $18 million roster bonus due on the fifth day of the 2022 league year.

With $14.272 million in cap space, the Vikings moved up a significant amount of money to satisfy Hunter's desire for more compensation in the short term while allowing both parties the time to work out a long-term extension following the 2021 season, NFL Network reported. The Vikings will need to make a decision on Hunter's future the fifth day of the 2022 league year.

More in this category: « Denmark critical of UEFA over Eriksen collapse Born to ride: Springsteen's daughter to Tokyo »
back to top