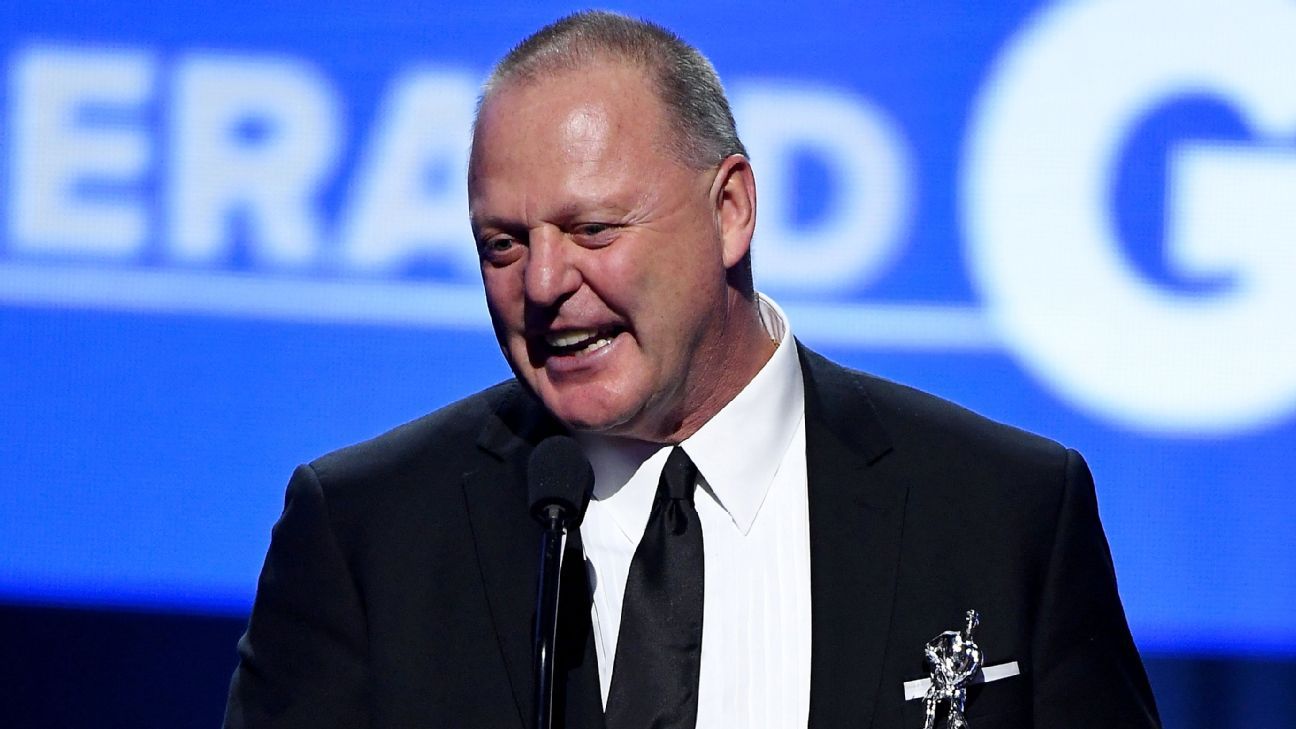 The New York Rangers have hired Gerard Gallant as their next head coach, a source confirmed to ESPN on Monday. Gallant received a four-year contract.

Gallant, 57, was the first coach of the Vegas Golden Knights and led Vegas to an unlikely Stanley Cup Final berth in its inaugural season (2017-18). Gallant was fired in January 2020 and replaced by Peter DeBoer -- formerly coach of the Golden Knights' then-biggest rivals, the San Jose Sharks.

Gallant spent the past year off from coaching in the NHL. He recently led Team Canada to a gold medal at the IIHF World Championships -- a huge accomplishment considering the team began the tournament 0-3.

Gallant has a 270-216-4-51 career record over nine NHL seasons as a head coach, also spending time behind the bench for the Columbus Blue Jackets and Florida Panthers. He was the Jack Adams Award winner for coach of the year in 2018 with Vegas.

"Turk [Gerard Gallant] was such an amazing coach," Vegas forward Jonathan Marchessault told ESPN last week. "He brought a misfit team to the Stanley Cup playoffs and to the Stanley Cup Final. He was an All-Star that year, and the year after that he was going to be at All-Star again. It just caught everyone by surprise. But it just shows how unstable the hockey world can be."

The Rangers fired coach David Quinn and three of his assistant coaches in May. Goalie coach Benoit Allaire was the only assistant retained. Quinn, who was hired away from Boston University, had just finished the third of a five-year deal with the Rangers. Quinn was tasked with ushering the Rangers through the rebuild, though ownership grew impatient when the team missed the playoffs this season.

General manager Jeff Gorton and team president John Davidson were also let go in May. Former player Chris Drury has since been promoted, holding both the GM and president roles.

The Rangers were one of the youngest teams in the NHL last season, and they are building around a strong core. New York has totally turned over from the team that made it to the 2014 Stanley Cup Final. Chris Kreider is the only remaining player on the roster from that team.

The Rangers landed the No. 2 pick of the 2019 draft (Kaapo Kakko) and the No. 1 pick in 2020 (Alexis Lafreniere). The team is excited about several other foundational players, including defenseman Adam Fox, who is a finalist for the Norris Trophy this season, and star winger Artemi Panarin, a finalist for the Hart Trophy in 2020.

At their end-of-season news conferences, many Rangers players alluded to new pressures for 2021-22.

"That message has been sent and received," forward Ryan Strome said. "We've just got to get into the playoffs."

More in this category: « Mets ace deGrom now betting favorite for NL MVP Born to ride: Springsteen's daughter to Tokyo »
back to top