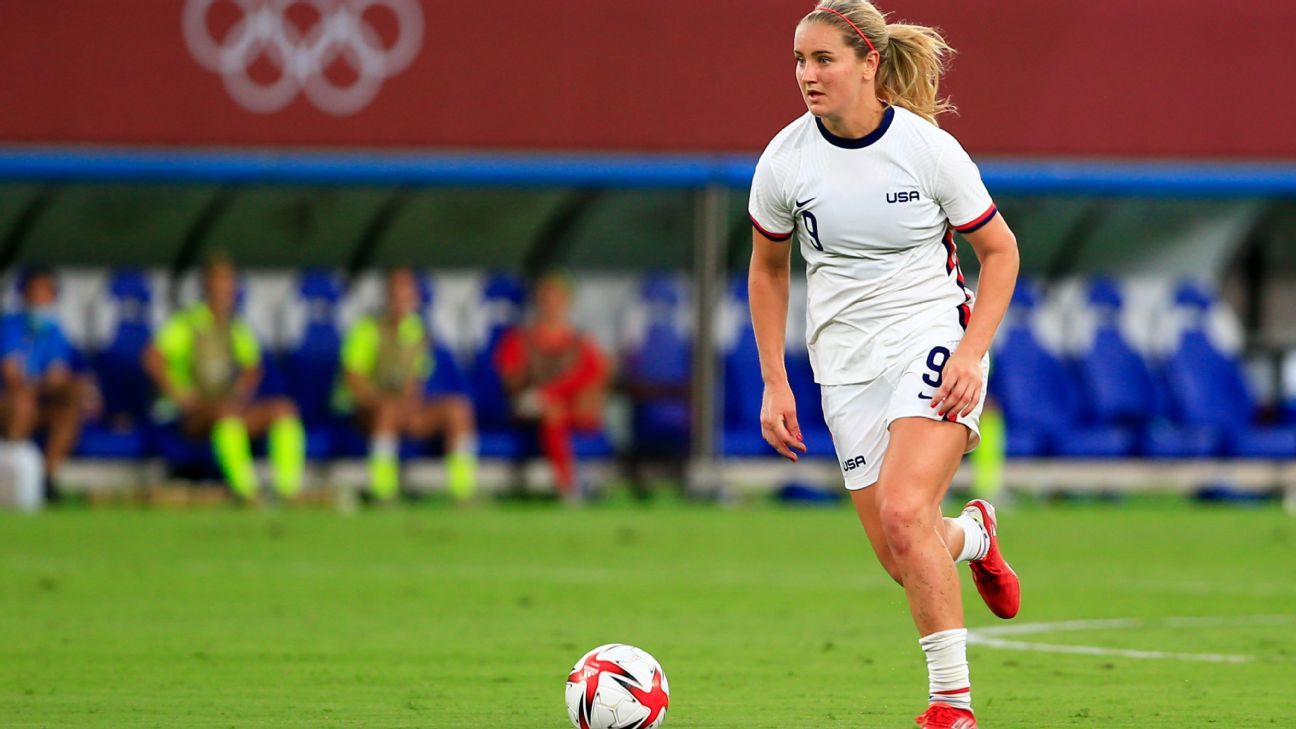 United States women's national team midfielder Lindsey Horan has said their 3-0 loss to Sweden left them "pissed off" and added that "the mentality wasn't there" to win the game.

The USWNT were largely considered to be favourites to win the gold medal at the Olympics as they went into the tournament on a 44-game unbeaten streak and as World Cup winners.

However, Stina Blackstenius scored in both halves while Lina Hurtig added Sweden's third after 72 minutes to completely dismantle the side.

"That game left us pissed off. That's the reality of it. When I look at it I think Sweden had a great game plan and they executed it very well. They came out and wanted to win," Horan told a news conference on Friday.

"I think it's great that we can now look back on playing against such an incredible team like Sweden -- one of the best in the world now -- and take away every single mistake and decision we made there and look towards this game and what we can do more."

Vlatko Andonovski's side face New Zealand -- who lost 2-1 to Australia -- in their second Group G game on Saturday and he said that is where their focus is.

"Obviously there were moments of the game [against Sweden] where the team just didn't look like the team that I've known for years, even before I coached. I think that we all understand that and we all know that we don't have much time to think about it," he said.

"We're already in the game mode. We already have had our game plan preparation today and we're preparing for the game tomorrow. As bad as it was last game, we don't have too much time to think about it.

"We have to turn our focus to the next game and we have to win the game."

There was concern that Sam Mewis had suffered an injury when she was subbed at the start of the second half but Andonovski confirmed it was a tactical change rather than one brought on by injury.