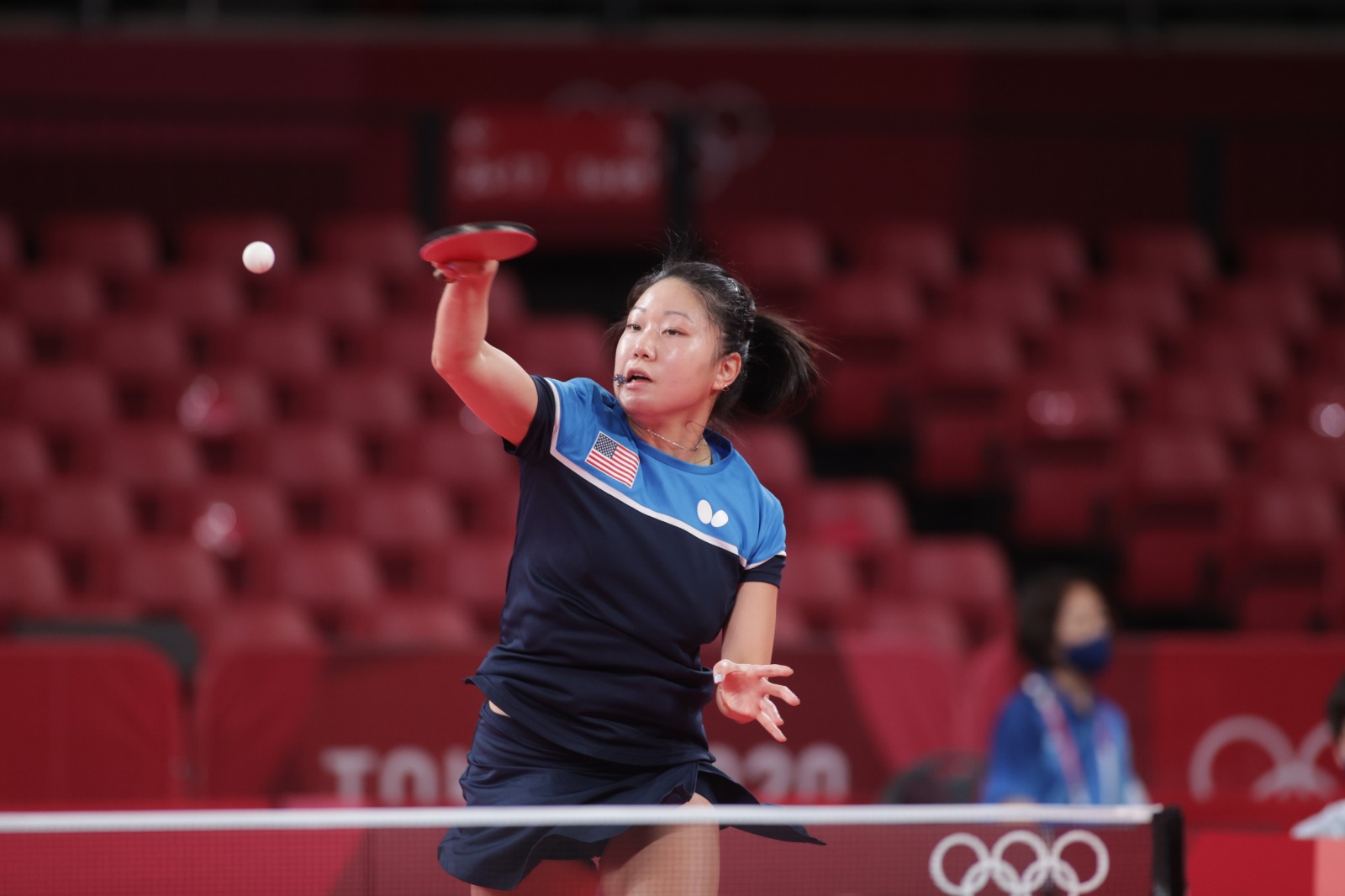 American Lily Zhang endured a nail-biting start to her opening campaign at the Tokyo 2020 Olympic Games but eventually prevailed in her next four games to dispatch Nigeria’s Offiong Edem 4-1 (13-15, 11-2, 11-2, 11-8, 11-6). Edem started off strongly by taking the first game in 10 minutes. But Zhang, who made her breakthrough as the youngest-ever member of the U.S. women’s national team at the age of 12, regained her composure quickly by winning her next two games, 11-2, 11-2 in under nine minutes. She proved too strong for the Nigerian, clinching the fourth and fifth game 11-8, 11-6 to advance.

India’s Kamal Achanta enjoyed a promising start to his Men’s Singles campaign by beating Portugal’s Tiago Apolonia 4-2 (2-11, 11-8, 11-5, 9-11, 11-6, 11-9) as the first match of the table tennis competition got underway at the Tokyo 2020 Olympic Games. It was a welcome relief for the 39-year-old Indian as he returned to winning ways after suffering an earlier defeat to Chinese Taipei in the Mixed Doubles on Saturday. Achanta went down early 2-11 in the first game, but the pendulum swung the Indian’s way as he took the second and third game, 11-8, 11-5. Apolonia levelled the score by taking the fourth game 11-9 but, Achanta proved too strong for the Portuguese by winning the fifth and sixth game to progress to the third round, where China’s Ma Long awaits.