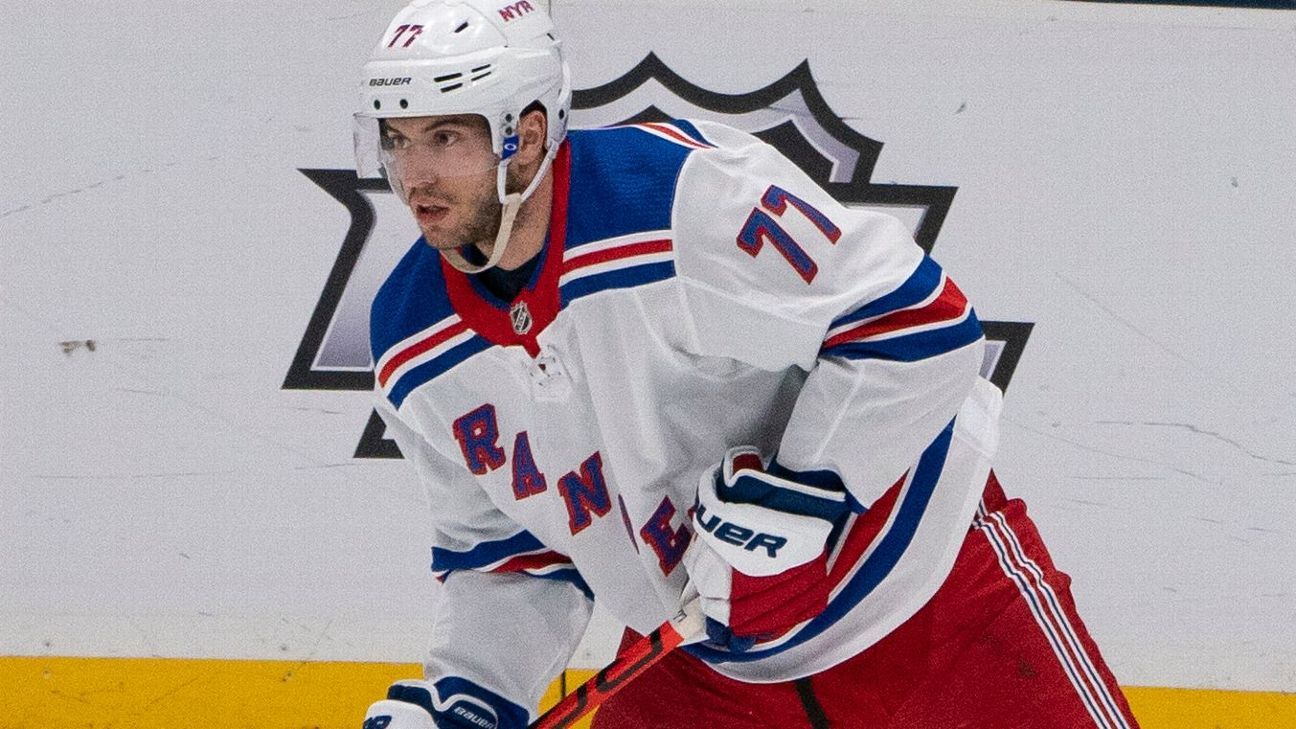 The Carolina Hurricanes, one of the more active teams during the first day of NHL free agency, took a chance on defenseman Tony DeAngelo on Wednesday.

The veteran, seven months after his tumultuous exit from the New York Rangers, agreed to a one-year, $1 million deal with the Hurricanes, joining a club that prides itself on defense but has had some significant turnover in that area, as well.

Last week, the Rangers bought DeAngelo out of the last year of his New York deal, once and for all, after being put on waivers in January following a series of events that included a confrontation off ice with a teammate.

Jeff Gorton, then the Rangers general manager, said in February that DeAngelo had played his "last game for the Rangers," and was assigned to the taxi squad but told not to report. At the time, all NHL teams had the opportunity to pick up Deangelo at his current contract, but none did.

DeAngelo, 25, was signed for $4.8 million, and the buyout saved the team just over $4.4 million next season with a salary-cap hit of under $900,000 in 2022-23, which the retooling Rangers have used to build depth and a new image under new general manager Chris Drury.

DeAngelo had a career-high 53 points in 68 games in the 2019-20 season, displaying the type of puck-moving ability along the blue line that many teams crave. From the Hurricanes perspective, his mobility and upside seemed worth a one-year trial, though the team made it clear that his history was researched prior to the decision.

"Tony is a smooth-skating, puck-moving defenseman," Carolina general manager Don Waddell said in a statement. "We've done a lot of background work on this player and we are confident that he can be a positive addition to our group."

At the time of his demotion, according to Gorton, DeAngelo "wasn't able to move on" from being benched for the second and third games of the season, a decision made by former coach David Quinn after DeAngelo committed an unsportsmanlike penalty in the home opener.

"I told him if his name came up in anything at all that he would be on waivers," Gorton said then. "I felt like I had to stay true to my word, the organization's word."

Gorton confirmed there was a postgame confrontation between DeAngelo and teammate Alexandar Georgiev after a loss to the Pittsburgh Penguin, and that was viewed as the final straw.

In the breakout season of 2019-20, DeAngelo was fourth in scoring among all NHL defensemen with 15 goals and 38 assists, and he even finished 12th in Norris Trophy voting.

But he struggled after that new contract, and was on the ice for four of Pittsburgh's goals in the loss that preceded the incident. According to sources, DeAngelo said a comment to Georgiev while walking into the tunnel afterward, which sparked the physical altercation. It was quickly broken up by teammates, the source told ESPN.

Drafted No. 19 overall in 2014 by the Tampa Bay Lightning, DeAngelo has also played for the Arizona Coyotes, and has a history of disciplinary issues. He was suspended twice during his junior career in the OHL, including for violating the league's policy covering "homophobic, racist, and sexist language" and abuse of officials. He also was suspended for three NHL games in 2017, while with the Coyotes, for physical abuse of officials.