Support pours in on social media after Biles' exit 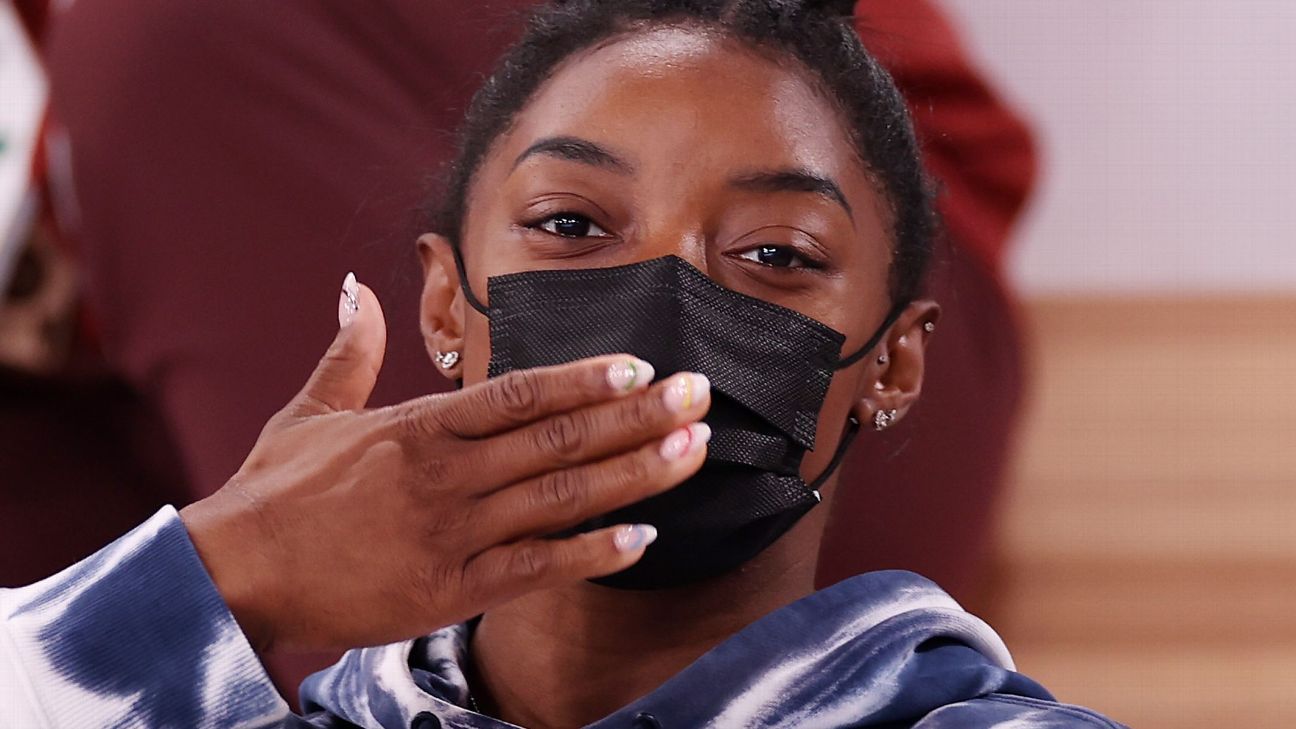 Simone Biles posted on social media Wednesday night that the outpouring of love and support she has received since her withdrawal at the Olympics has made her "realize I'm more than my accomplishments and gymnastics which I never truly believed."

Earlier in the week, Biles withdrew from Thursday's individual all-around competition at the Tokyo Games to focus on her mental well-being. The decision came after Biles also removed herself from the team final following one rotation, on vault. She cited her mental health as the reason when speaking to the media following the competition.

On Wednesday, though, her message was one of appreciation. Biles also shared popstar Justin Bieber's message in support of Biles on Instagram. Drawing on his own personal experience cutting a tour short to take care of his mental health, Bieber said, "Nobody will ever understand the pressures you face! I know we don't know each other but I'm so proud of the decision to withdraw. It's as simple as -- what does it mean to gain the world but forfeit your soul," he wrote.

the outpouring love & support I've received has made me realize I'm more than my accomplishments and gymnastics which I never truly believed before. ?

"No's are more powerful than yes's," he added. "When what you normally love starts to steal your joy it's important to take a step back to evaluate why."

Simone also shared another post by fitness trainer Andrea Orris in which Orris elaborated on Biles' numerous accomplishments and expressed anger at people who called Biles "weak" for quitting.

"For non-gymnasts, the fact that she balked mid-air and accidentally did a 1.5 on her first vault instead of a 2.5 is a big deal. It's terrifying. She could have been severely injured getting lost in the air like that," Orris wrote.