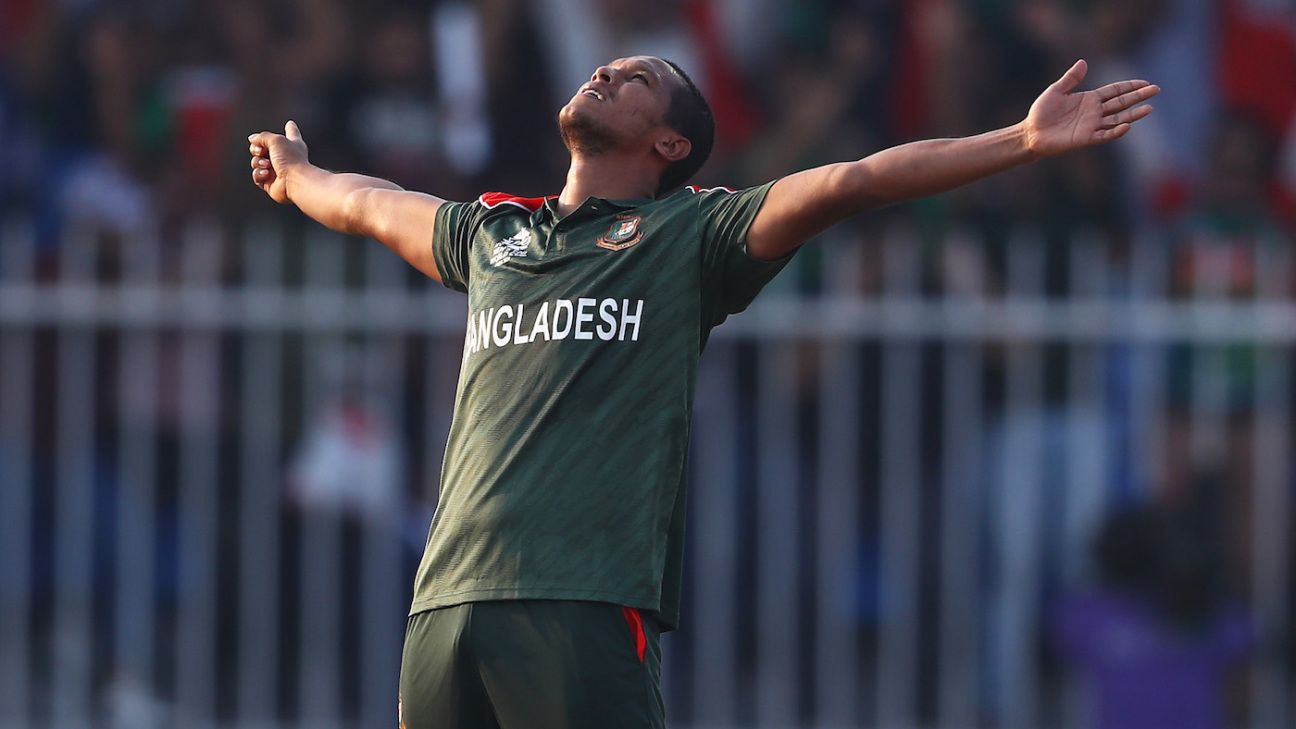 Mohammad Saifuddin, the Bangladesh medium-pace-bowling allrounder, has been ruled out of the rest of the T20 World Cup because of a back injury. Rubel Hossain, the veteran quick, has been moved in to the main squad from the reserves' list as a replacement for Saifuddin and is now available for selection for Bangladesh's next match, against England on Wednesday in Abu Dhabi.
Saifuddin, 24, played all of Bangladesh's games so far, picking up at least a wicket in each of them, and also hit an unbeaten 19 in six balls against Papua New Guinea in the last first-round game at the World Cup. He played the game against Sri Lanka too, on Monday, proving expensive in his three overs - he took 1 for 38 - and not getting a chance to bat.
His replacement, Rubel, is vastly experienced, having played 159 international matches including 28 T20Is, in which he has picked up 28 wickets with an economy rate of 9.45.
Bangladesh, who got into the main draw of the tournament after a stutter, losing to Scotland before beating Oman and Papua New Guinea, have had a poor start in Group 1, losing by five wickets to Sri Lanka after a decent batting performances was followed by a poor show in the field. The game against England on Wednesday is, therefore, a key one for Bangladesh to stay alive in the competition, with matches against Australia, South Africa and West Indies to follow.
Mohammad Saifuddin
Rubel Hossain
Bangladesh
Bangladesh vs England
ICC Men's T20 World Cup
Read 20 times

More in this category: « Bangladesh run into confident England in first T20I meeting between sides NCL round-up: Dhaka claw back from 0 for 4 to stun Sylhet; Mahmudul scores another century »
back to top