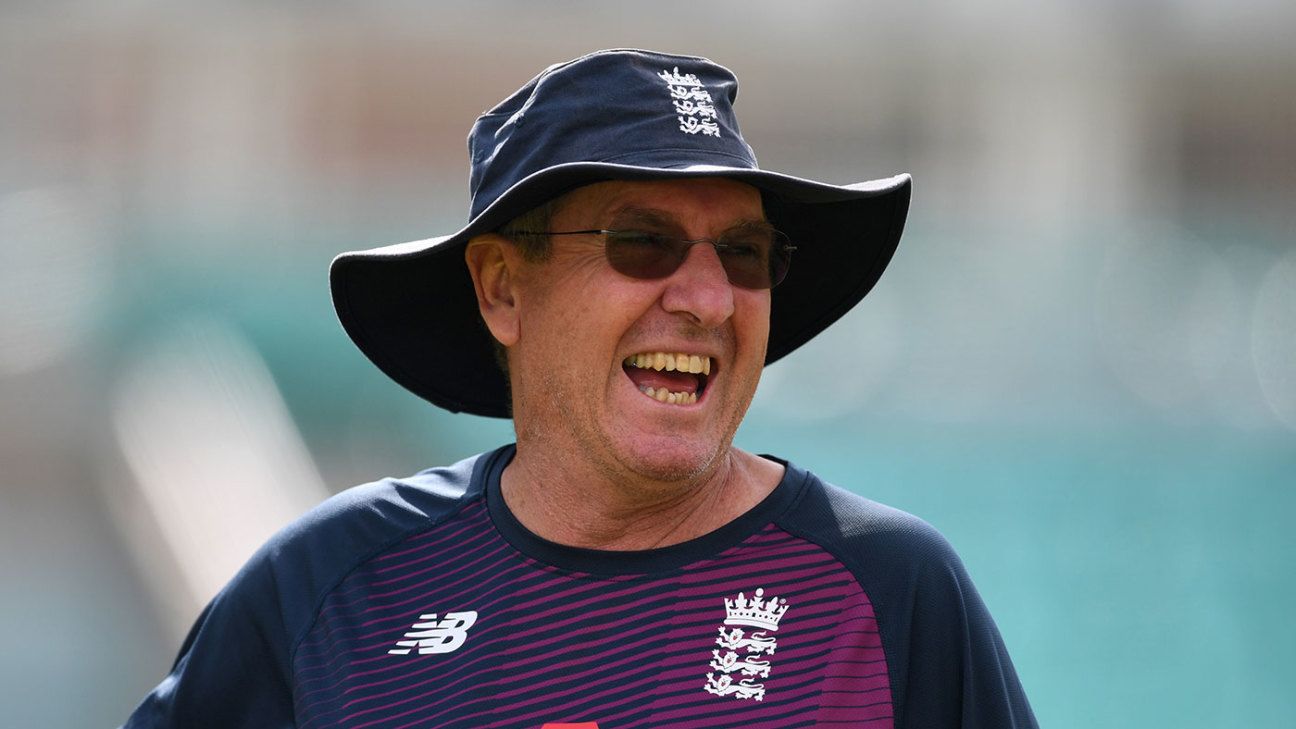 Trevor Bayliss' only away Ashes series during his five-year tenure as England's head coach ended in a 4-0 defeat and was overshadowed by off-field distractions amid questions about his squad's drinking culture and the absence of Ben Stokes due to his involvement in a fight outside a Bristol nightclub.
Four years later, both teams have endured rough build-ups to the series on and off the field, with English cricket engulfed in a racism crisis, Australia reeling from Tim Paine's sexting scandal, and La Niña reaping havoc with scheduled warm-up games in Queensland.
Bayliss, speaking to reporters in his capacity as Sydney Thunder's new head coach ahead of the BBL season, said that while the build-up had not been ideal, both teams would be fully focused on the series rather than the sideshow around it once they step onto the field at the Gabba next Wednesday.
"It probably makes a little bit of a change," Bayliss said, asked about the spotlight on Australia following Paine's resignation and subsequent decision to step away from the game for an unspecified period of time. "Normally when the England team comes here, all the focus is on them and the one or two small pick-ups they might have along the way get blown out of all proportion.
"With what's going on in England at the moment, there's obviously a bit in the background there as well. I think both teams will be more than happy for the cricket to start and all of that can get pushed into the background and they can concentrate on their cricket.
"I fully expect with both sets of players, that's exactly what will happen. Once the cricket starts, there might be talk behind the scenes with commentators and journalists and that type of thing but I'm quite sure that once things get underway out on the field it'll be all about the cricket."
The first day of England's second intra-squad warm-up game was washed out on Tuesday after only 29 overs were possible in the first, while Australia are set to cancel their practice fixture due to inclement weather. Bayliss said that the lack of a proper preparation period might lead teams to rotate their fast bowlers throughout the series, but stressed that for England, combating the pace trio of Pat Cummins, Josh Hazlewood and Mitchell Starc would be a major challenge.
"Playing games would be the No. 1 criteria but both teams would be trying to do what they can through practice and making sure they've got the workloads up to scratch with the number of balls or overs bowled in the build-up," Bayliss said. "It might force the hand a little bit of bringing in replacement guys every Test or two, making sure that the workload on the bowlers is not over the top.
"The three big, tall pace bowlers Australia have got have done a lot of damage over the last few years and have bowled extremely well on these flat Australian pitches. They're able to bang the ball in, they've got good pace, they're tall, and they're able to get a bit more out of it because of that pace and extra bounce.
"So that'll be something that the England batters will have to negate. But as we saw on the last tour, they might have lost 4-0 but on different occasions they showed they could score runs against that attack. It's about that consistency and doing it Test after Test, which I'm sure they'll be looking for."
As for Stokes, whose absence proved costly in 2017-18 as England struggled to balance their side, Bayliss said that it was a "massive bonus" for them to have him available for this summer's series, not only due to his ability as an allrounder but also as a talisman who galvanises others in the side.
"It's not just his batting, his bowling or his fielding," Bayliss said. "He's one of those guys who is a leader within the group. He's a very positive influence. There were times where he didn't play because of injury in England and I think the team felt his loss when he wasn't there. Certainly when he plays, he's able to drag a lot more of the players along with him. He's got a great attitude, a never-say-die attitude."
Trevor Bayliss
Australia
England
The Ashes