Brady on Foles SB snub: 'I try to be a good sport' 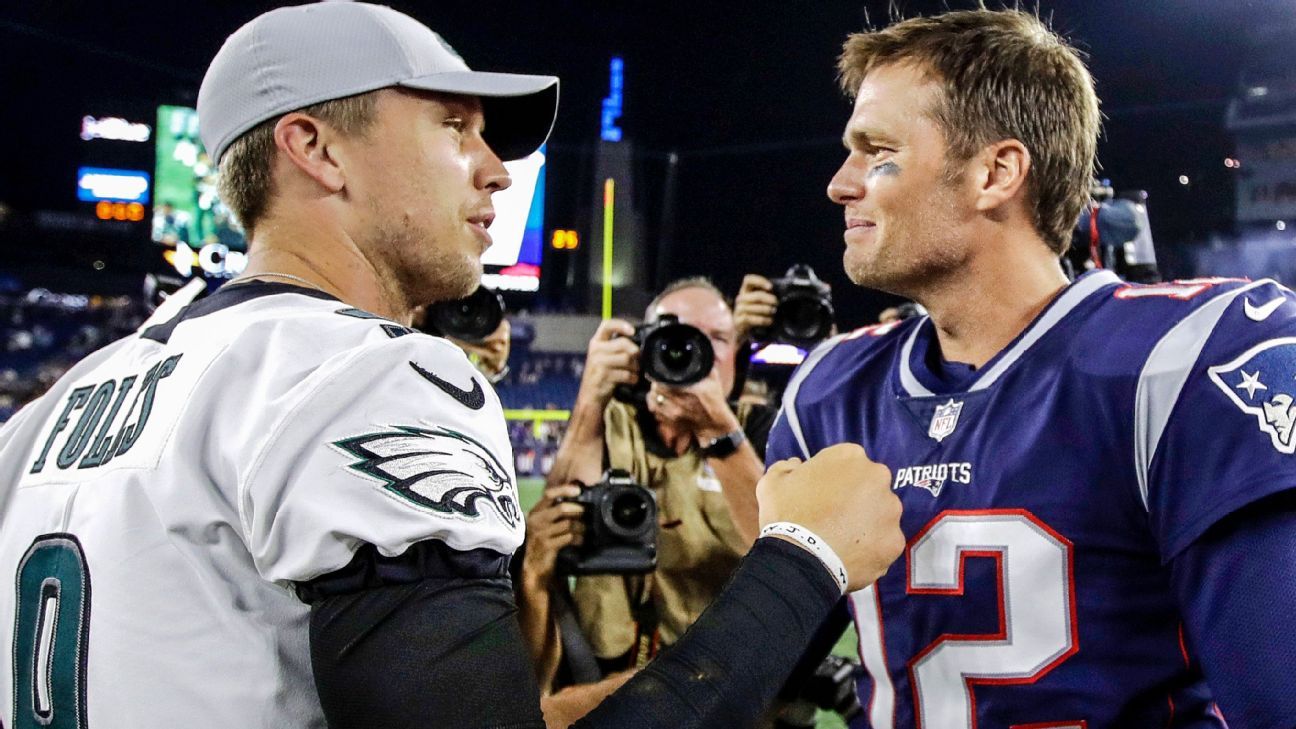 TAMPA, Fla. -- The Philadelphia Eagles' Super Bowl LII victory over the New England Patriots may have been four years ago, Tom Brady may be now a member of the Tampa Bay Buccaneers, and Doug Pederson and Nick Foles are no longer with the Eagles.

But that hasn't kept Eagles fans from wondering why Brady didn't shake Foles' hand after the Patriots' 41-33 Super Bowl loss.

The postgame snub came up Thursday as Brady and the Bucs prepare to host the Eagles on Sunday in the wild-card round of the playoffs. The game will mark Brady's first postseason game against the Eagles since Super Bowl LII, although he's played them two other times during the regular season since, including a 28-22 victory by the Bucs in Philadelphia in Week 6.

"Are you aware of Eagles' fans fixation, with you not shaking Foles' hand?" one reporter asked Thursday.

"No. I'm not. I'm not," Brady said with a laugh. "I've shaken Nick's hand plenty of times though. I've got a lot of respect for Nick."

Brady also quickly acknowledged the perception his competitiveness may have to some.

Brady had high praise, however, for this current Eagles team, which features arguably one of the best defensive fronts in the NFL.

"They make you earn everything," said Brady, who enters Sunday 34-11 in the postseason. "You make a mistake, you get a penalty -- you're gonna punt. The ball gets batted in the air, they're gonna intercept it. You hold onto the ball too long, they're gonna strip-sack it. It's a team that just doesn't let you off the hook."

While Eagles fans may never let Brady off the hook, coach Nick Sirianni had high praise for the seven-time Super Bowl winner.