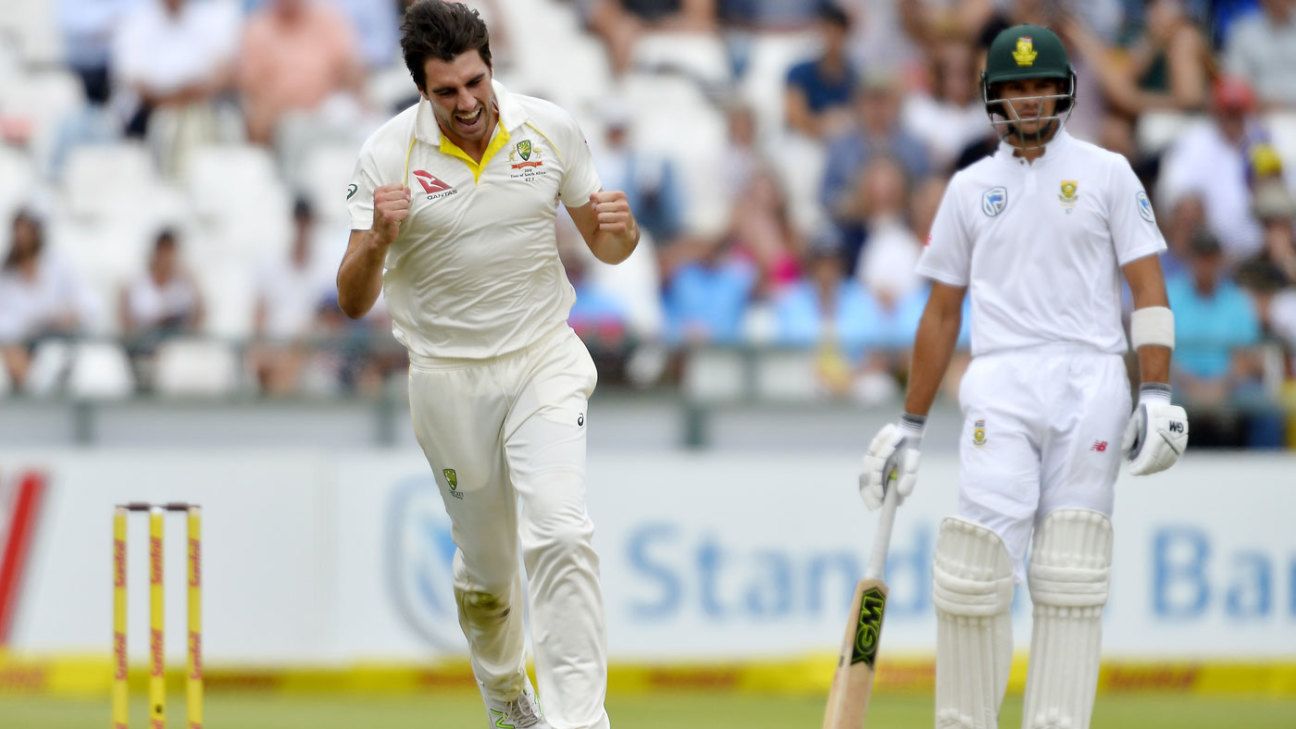 Graeme Smith, CSA's director of cricket, has confirmed that South Africa are planning to host rescheduled tours by Australia and England in 2023.
The Australia Test series, which was called off in February last year over concerns around Covid-19, is set to be played in August 2023. England, as previously reported by ESPNcricinfo, are scheduled to tour in the winter of 2022-23 to fulfil a three-match ODI series that was postponed for similar reasons in December 2020.
Nick Hockley, the chief executive of Cricket Australia, had previously indicated that a window for 2023 had been agreed on by the two boards. South Africa do not often host international tours in August, but did play Tests against New Zealand in Centurion and Durban then in 2016.
"England, I think, is around Feb-March next year and then Australia is in August 2023 to replace the [Test series postponed in 2021]. That will be announced sometime soon," Smith said when interviewed by host broadcaster, SuperSport, during the Cape Town Test against India.
"With series lost in Covid and the challenge is you have eight white-ball events in eight years now, you have got IPL extending - trying to fit your calendar cycle in is a great challenge for everybody. So you need to review, you need to stay with the times. And you need to make sure we keep putting South African cricket on the map.
"Our team - both men and women - needs to be performing well and be recognised and people want to play us. But we need to make sure when things are happening in world cricket South Africa is at the forefront."
As well as causing a fixture pile-up, not playing during the pandemic has hit CSA's bottom line - the Australia cancellation resulted in losses to the tune of Rand 30 million (US$ 2 million) to Rand 40 million (US$ 2.6 million), while England's withdrawal halfway through a limited-overs tour meant a US$ 1.5 million hit on TV rights.
There were also concerns around India's ongoing visit due to the rise of the Omicron variant - the T20I leg has been rescheduled for a later date - with Smith having previously suggested that his personal relationship with Sourav Ganguly, the BCCI president, helped ensure the tour went ahead.
"Cricket is a challenging landscape at the moment," Smith said. "If I just think about our national team now: 52 days in the bubble against India, 10 days coming up in New Zealand for quarantines then the Test match there, home for Bangladesh, two months in IPL, full England tour, India again, [T20] World Cup.
"So how you manage players, management in terms of the stresses that they are facing in these biosecure environments, the amount of cricket we got to play to catch up [with] losses and various other things, so it's a planning nightmare. And hopefully we will get that concoction right and we will see success."
Graeme Smith
South Africa
Australia
World Cup Super League
Read 5 times

More in this category: « No formal charges filed against India for Newlands DRS bust-up Pakistan Under-13 and Under-16 tournaments suspended over age fraud »
back to top