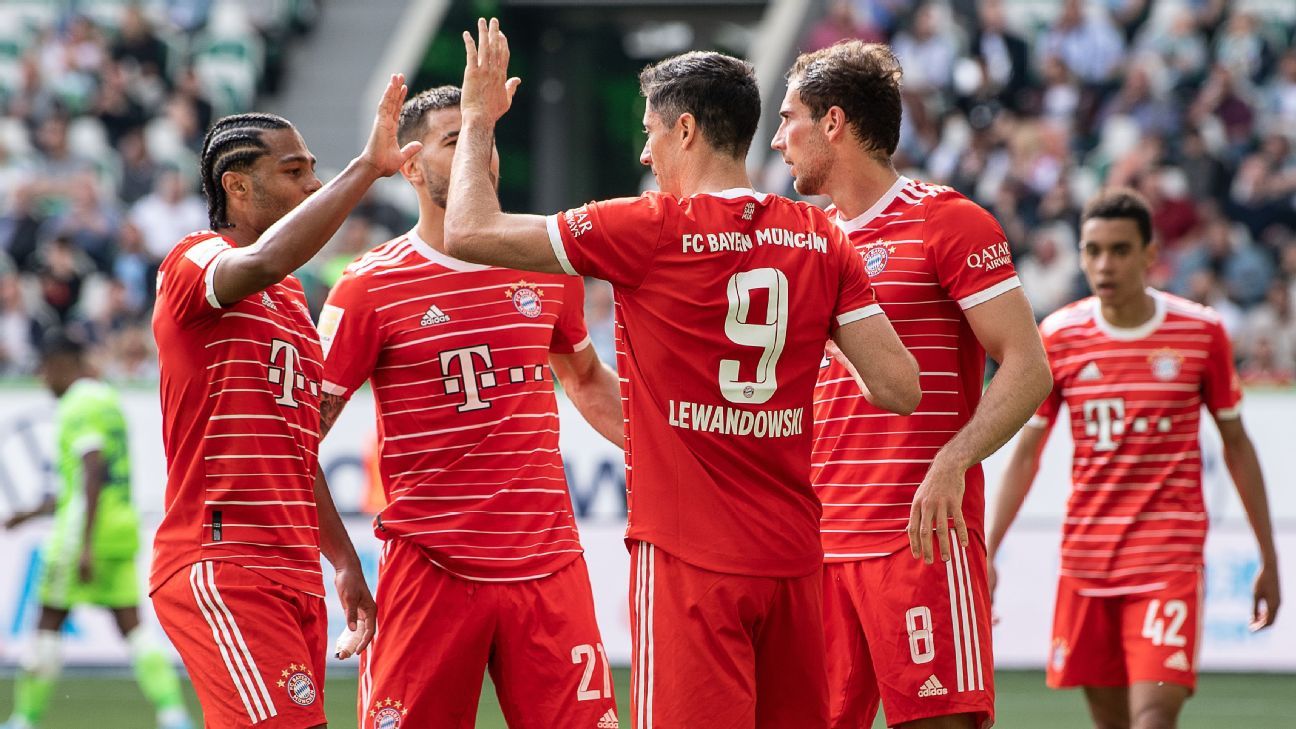 Bundesliga champions Bayern Munich squandered a two-goal lead to end their season with a 2-2 draw at VfL Wolfsburg on Saturday but of more concern was confirmation that top striker Robert Lewandowski said he wanted to leave the club.

With Lewandowski in the starting line-up after informing the club of his wish to leave and not extend his contract that runs out next year, Bayern were in control from the start.

Josip Stanisic headed them in front in the 17th minute, setting a new league record with the club's 48th away goal in a season.

Lewandowski doubled their lead in what could have been his last game for Bayern in the 40th minute with his 35th league goal of the season as he was crowned top scorer in the Bundesliga for the fifth season in a row.

Jonas Wind pulled one back for the host on the stroke of halftime and Max Kruse slotted in just before the hour mark to draw them level as Bayern ran out of ideas.

More in this category: « Lewandowski wants to leave Bayern - chief Sources: PSG admit defeat in keeping Mbappe »
back to top