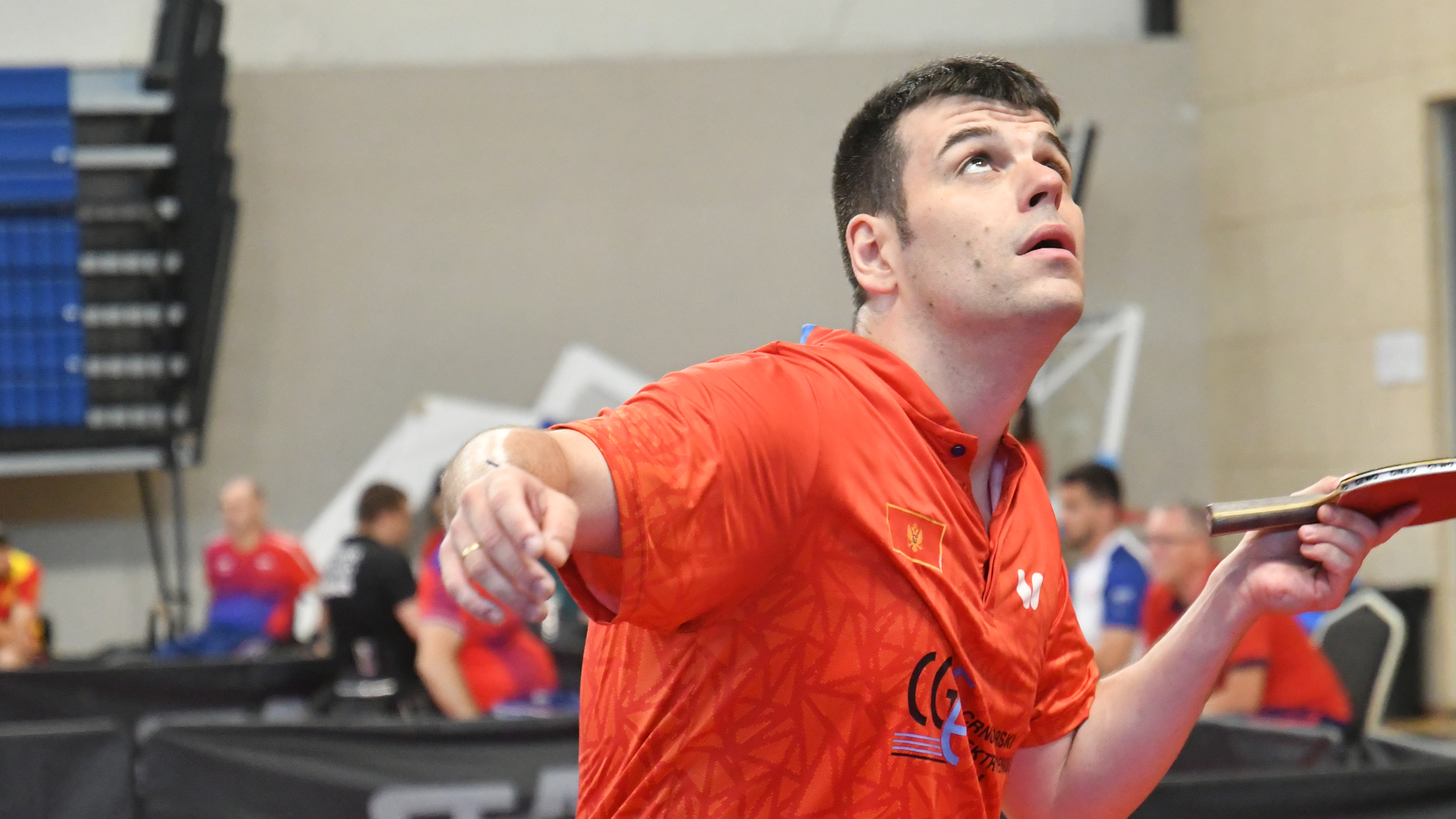 Gold in 2020 on the Costa Brava, the host nation’s Luka Bakic repeated the feat on Friday 3rd June at the ITTF Montenegro Para Championships 2022 in Podgorica, once again he emerged victorious in men’s singles class 10.

It mean that at open international tournaments the 30 year old won his tenth medal; rather more experienced, Norway’s Tommy Urhaug, who will celebrate his 42nd birthday on Thursday 16th June, collected his 201st such award!

Success for Luka Bakic was somewhat contrary to expectations, for Tommy Urhaug it was as per status. Competing in men’s singles class 5, the leading name on duty, he overcame Serbia’s Mitar Palikuca (11-5, 5-11, 11-5, 11-3) to secure gold.

Good form from both Luka Bakic and Tommy Urhaug maintained throughout; for Poland’s Rafal Lis, it was somewhat a return to form.

A surprise outcome, it was the same in women’s singles class 3; in a group event, Italy’s Carlotta Ragazzini concluded her programme unbeaten by overcoming Croatia’s Andela Muzinic, the top seed (11-2, 11-8, 14-12).

Otherwise the winners were very much as predicted.

Likewise, for Belgium’s Marc Ledoux (class 8) and Israel’s Aviv Gordon (class 9) it was the top step of the podium.

Meanwhile, as expected in the women’s singles, it was gold for Serbia in the guise of Ana Prvulovic (class 1-2) and Borislava Peric-Rankovic (class 7-9); a situation that applied also to Norway’s Aida Dahlen (class 7-9).