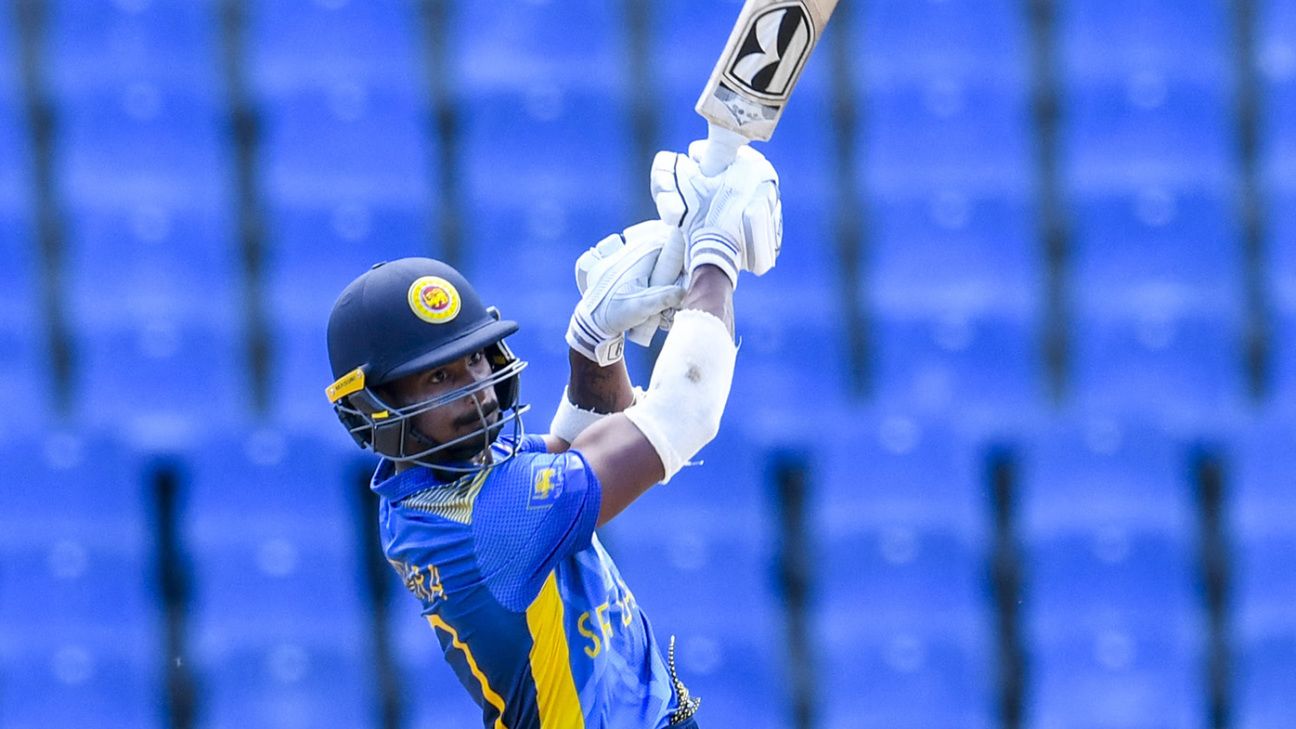 Travis Head picked up his one-day form from the series against Pakistan with a blistering hundred for Australia A, but it was Sri Lanka A who came out on top with an excellent run chase, finished by a composed hand from Ashen Bandara, to square the two-match series.
Niroshan Dickwella led the early part of the chase with a brisk 83 off 73 balls but the Australia A spinners brought their team back intio the contents. Dickwella fell sweeping at Matt Kuhnemann, who had earlier taken the new ball, then Tanveer Sangha put himself on a hat-trick by claiming a return catch off Kamindu Mendis and having Janith Liyanage caught at midwicket.

When Dhanajaya de Silva was caught behind against the impressive Kuhnemann Sri Lanka A still needed 108 with five wickets in hand. A well-constructed stand of 85 between Bandara and Sahan Arachchige took them most of the way before Dunith Wellalage, the Under-19 captain who has also earned an ODI call-up, added the final touches.

Head spoiled his day when he dropped Bandara on 30 at deep midwicket in the 39th over in what proved to be a pivotal moment.

Still, his innings was a reminder that Australia have no shortage of top-order options for their one-day side. Head took his chance against Pakistan earlier in the year with scores of 101 and 89 in the absence of David Warner, but it was announced shortly after this hundred that he would be remaining with the Australia A squad for their first four-day match in Hambantota next week which will provide him preparation for the Test series.

Head and Josh Philippe raced away in the powerplay and their opening stand of 83 came in nine overs before the Sri Lankans started to turn things around. Marcus Harris got set before providing a return catch while Nic Maddinson appeared unfortunate to be given lbw sweeping.

When Head fell shortly after reaching a 76-ball hundred, picking out long-off, Australia A were five down with 20 overs remaining which meant captain Henry Hunt and Hardie needed show some caution.

Hunt fell with eight overs still to go leaving Hardie to try and nurse the lower order. The first of consecutive sixes took him to fifty before he skied Madushan with eight deliveries of the innings unused.

More in this category: « Rassie van der Dussen: 'When Shreyas dropped me, I knew I had to make India pay' Warwickshire land long-term target as Ed Barnard signs three-year deal »
back to top