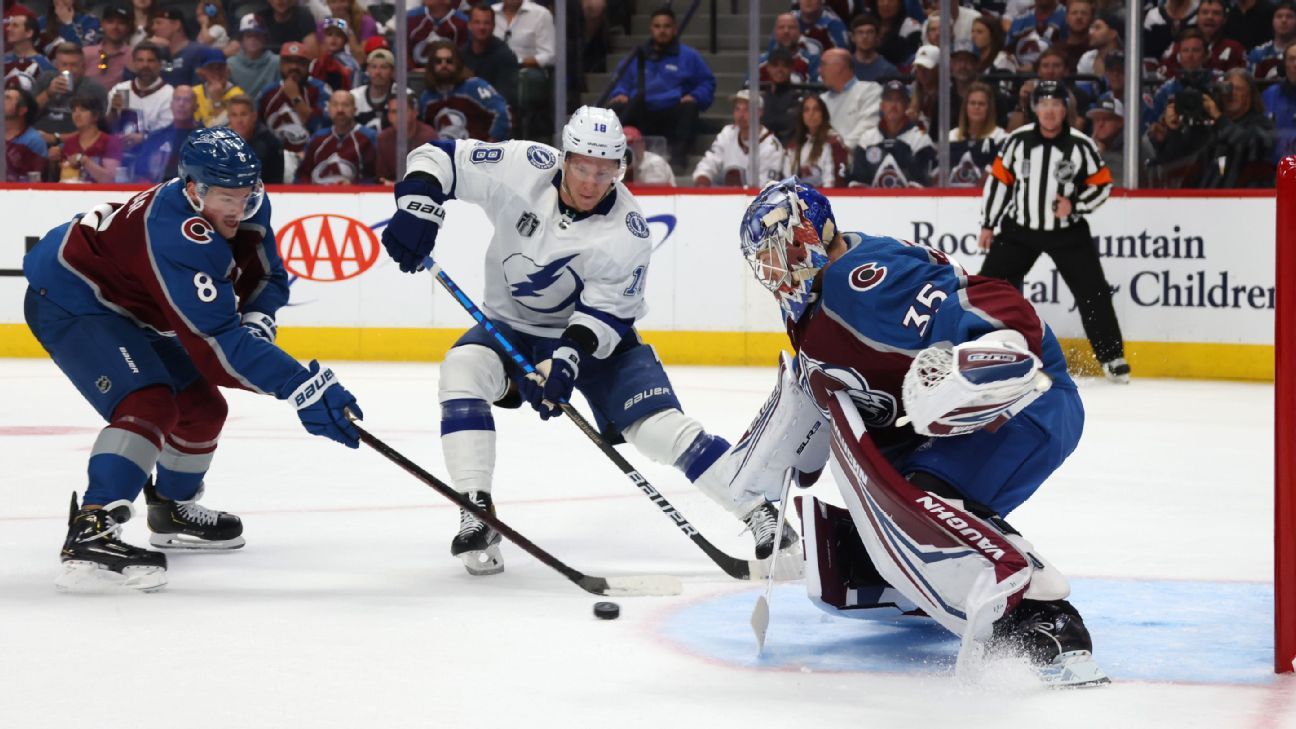 On Monday night, the Stanley Cup Final will head to Tampa Bay, as the two-time defending champion Tampa Bay Lightning will try to avoid a 3-0 series hole. Why are they in this position? Well, the Western Conference champion Colorado Avalanche won Game 2 by a football-score-sized 7-0.

Catch all of the action on ABC and ESPN+ at 8 p.m. ET Monday. In fact, ESPN+ will have real-time stats right on the screen and bonus camera angles, making it easier to track your player props.

But for now, let's check out the top picks from our betting insiders.

Colorado is just too good. We are witnessing utter dominance, especially in Game 2. The Avalanche are 14-2 in the playoffs and undefeated on the road. Their speed and defense, particularly their blue line, has been killer. Colorado is three for seven in power plays this series, and are an impressive six for six in penalty kills. Fatigue should be a factor for the Lightning, considering their series has gone longer, and they had to deal with the thin air in Denver the last two games. I expect Andrei Vasilevskiy to play better at home (5 goals in last 5 home), but Tampa to still struggle getting shots off (only 29 shots in Game 2 (16 at net).

The unsung winger should skate with Steven Stamkos and Nikita Kucherov in Game 3. With the Lightning having the last line change, they could be able to get that trio away from the Avalanche's top line, which has rolled them in the first two games. Palat has points in all eight Lightning home games and is tied for fourth in shots on goal at home.

Tampa Bay's lack of offense will still be an issue Monday night. Having only 29 shots in Game 2, and only 16 on net, is an indication of just how great Colorado's defense is playing. The Lightning's 28% puck possession, along with the Avalanche's relentless defense tells me Kuemper will not get a lot of work tonight.

Tampa will come out hot in the first period. They're down 2-0 in the series, back in their barn, crowd will be hot, Bolts will be motivated not to let this one slip away. I wouldn't be at all surprised if Tampa end the first 20 minutes sporting a 2-0 lead.

Subban: Game 3 is a must-win for Lightning

P.K. Subban breaks down what the Lightning need to do in Game 3 vs. the Avalanche.

More in this category: « Caps lament blown chances in first-round exit Lightning's Point game-time decision for Game 3 »
back to top