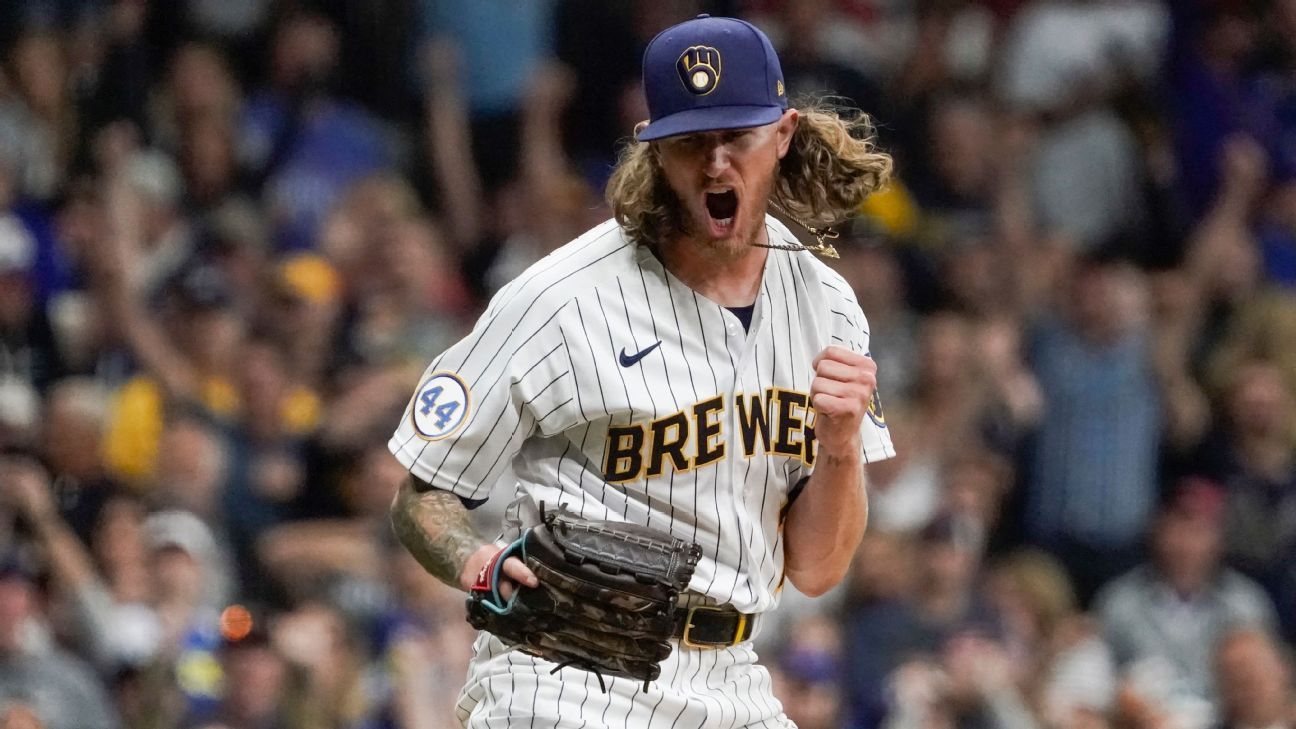 The Milwaukee Brewers reinstated star closer Josh Hader from the paternity list on Monday in time for the start of their four-game series against the St. Louis Cardinals.

The Brewers and Cardinals enter Monday night's game at Milwaukee tied for the lead in the NL Central standings with identical 38-30 records.

Hader missed the Brewers' past five games to be with his wife, Maria, for the birth of the couple's first child, Lucas.

Congrats to the Haders on the birth of their first child Lucas!

The new dad is back from the paternity list today.#ThisIsMyCrew pic.twitter.com/IELvJ97J1g

The left-handed Hader is having another dominating season with 19 saves and an 0.92 ERA in 21 appearances this season, recording 33 strikeouts in 19⅔ innings.

The Brewers are down another member of their starting rotation, however, as left-hander Aaron Ashby was placed on the 15-day injured list with left forearm inflammation. Ashby left his last start on Thursday against the New York Mets in the fifth inning because he was experiencing tightness in his left forearm. Ashby joins fellow starting pitchers Freddy Peralta and Brandon Woodruff on the IL.