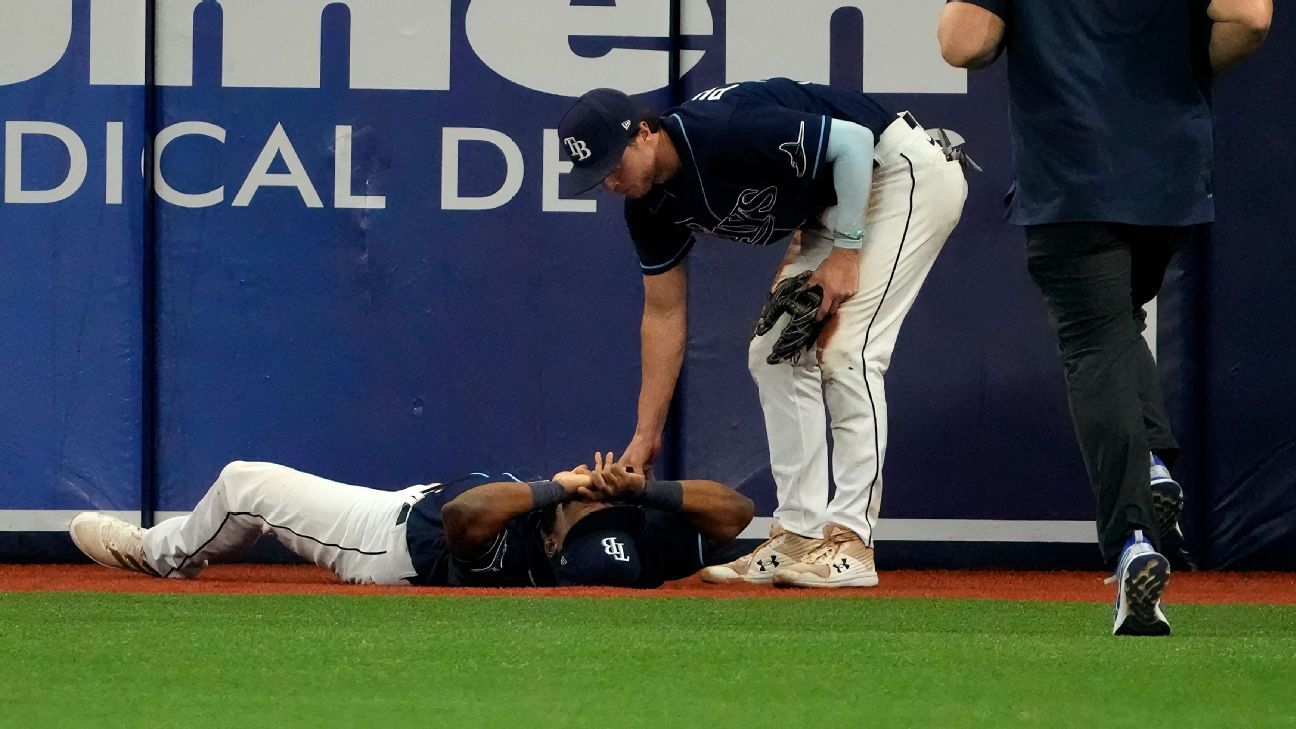 Manuel Margot sprained his right knee in the ninth inning, crashing into the right field wall while chasing an RBI triple by the New York Yankees' Aaron Hicks. Margot was taken off the field on a cart after Josh Donaldson scored on the play.

"It's awful," Rays starter Shane McClanahan said, according to the Tampa Bay Times. "I was in the training room when we saw the play happen, and you could feel the air get sucked out of there.

"We're just praying. It's unfortunate, and we're hoping for the best news possible. Manny's a leader of this team. He's a key contributor. We love what he brings to the field each day. So we're all keeping him in our thoughts and prayers."

It will be Margot's second trip to the injured list this season. He previously missed eight games with a right hamstring strain.

Center fielder Kevin Kiermaier left after two innings with left hip inflammation and also is expected to go on the injured list, per Cash.

"It's been kind of bothering him for a little while," Cash told reporters. "Same hip that he's had issues with in the past.

"It's unfortunate because [Kiermaier and Margot are] such key pieces to our club. We'll just have to, I'm sure, put our heads together and figure a way to overcome it. But it's pretty frustrating right now."

The Rays continue to be without star shortstop Wander Franco (right quadriceps strain), although he's nearing a return. He played shortstop Monday night in his second rehab start for Class A Port Charlotte. He struck out against rehabbing Chris Sale of Boston, then doubled.