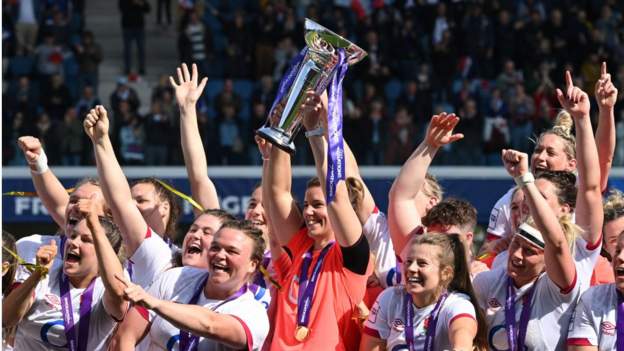 The Red Roses will play the United States at Exeter's Sandy Park on Saturday, 3 September before they face Wales at Ashton Gate in Bristol on Wednesday, 14 September.

England won a fourth consecutive Women's Six Nations championship with a 24-12 victory in France in April.

The World Cup in New Zealand runs from 8 October to 12 November.

Two-time winners England are one of favourites to win the competition and have been drawn in Pool C, along with France, South Africa and Fiji, while Wales are in Pool A and the United States in Pool B.

The game against the United States will begin at 15:00 BST, with the Wales match - the first for the Red Roses at Ashton Gate - set to start at 19:30.

England head coach Simon Middleton said: "These matches are important for all three teams' preparations before heading out to New Zealand and will be exciting contests.

"We know the people of Devon and the West Country will come out in their numbers and hopefully we can put on a show."

More in this category: « Quins miss out on play-offs after Lang's late penalty falls short Jonny May: England wing tests positive for Covid after arriving in Australia »
back to top