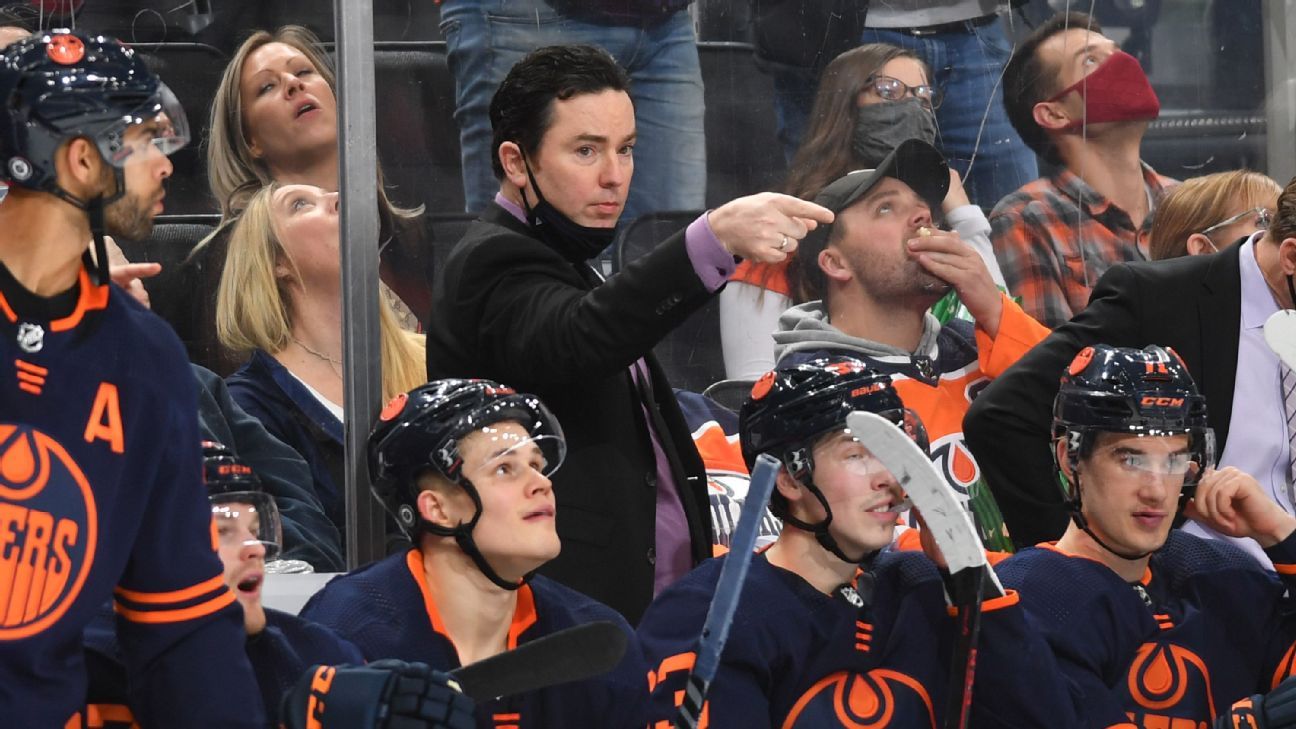 The Edmonton Oilers have signed coach Jay Woodcroft to a three-year extension through the 2024-25 season, it was announced Tuesday.

Woodcroft, who had been serving as coach of the AHL's Bakersfield Condors, ascended to become the Oilers' head coach after Dave Tippett was fired Feb. 10.

The Oilers were sixth in the Pacific Division when Woodcroft took over but surged to a second-place finish by the end of the regular season. Edmonton, which had suffered two first-round playoff exits under Tippett, then won two playoff series before falling to the Colorado Avalanche in the Western Conference finals.

Woodcroft, 45, was previously an assistant coach under Todd McLellan with San Jose in 2008, and then he rejoined him again as an assistant on Edmonton's staff in 2015. Prior to his promotion, he had served in Bakersfield since 2018.