Cards' Goldschmidt sits out with back tightness 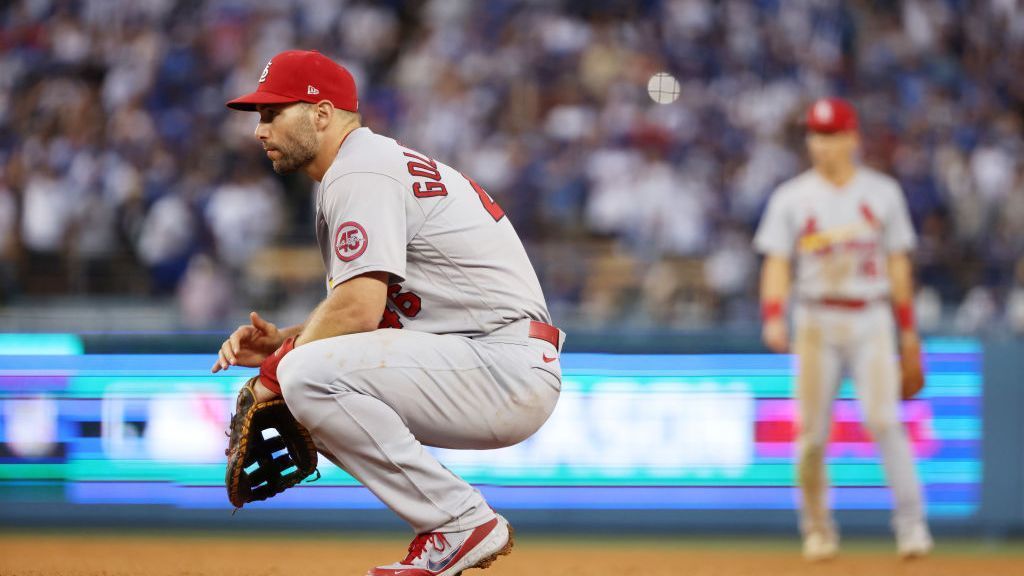 MILWAUKEE -- St. Louis Cardinals first baseman Paul Goldschmidt is out of the lineup for Tuesday's game against the Milwaukee Brewers because of what manager Oliver Marmol described as back tightness.

"He'll experience it from time to time," Marmol said. "Usually he takes a day, it loosens up, he'll get treatment and be back at it. That's our hope."

The Cardinals had made a late switch in their lineup Monday, moving Goldschmidt from first base to designated hitter and having Juan Yepez play first base instead. Marmol said they made the move to try to keep the six-time All-Star off his feet as much as possible.

"He tried to play through it yesterday," Marmol said. "It made sense to give him a day today."

Goldschmidt, who was named the National League Player of the Week on Tuesday, leads the NL in batting average (.339), on-base percentage (.417) and OPS (1.031). He ranks second in the NL in slugging percentage (.614), behind Philadelphia's Bryce Harper.

The Cardinals trail NL Central-leading Milwaukee by one game.